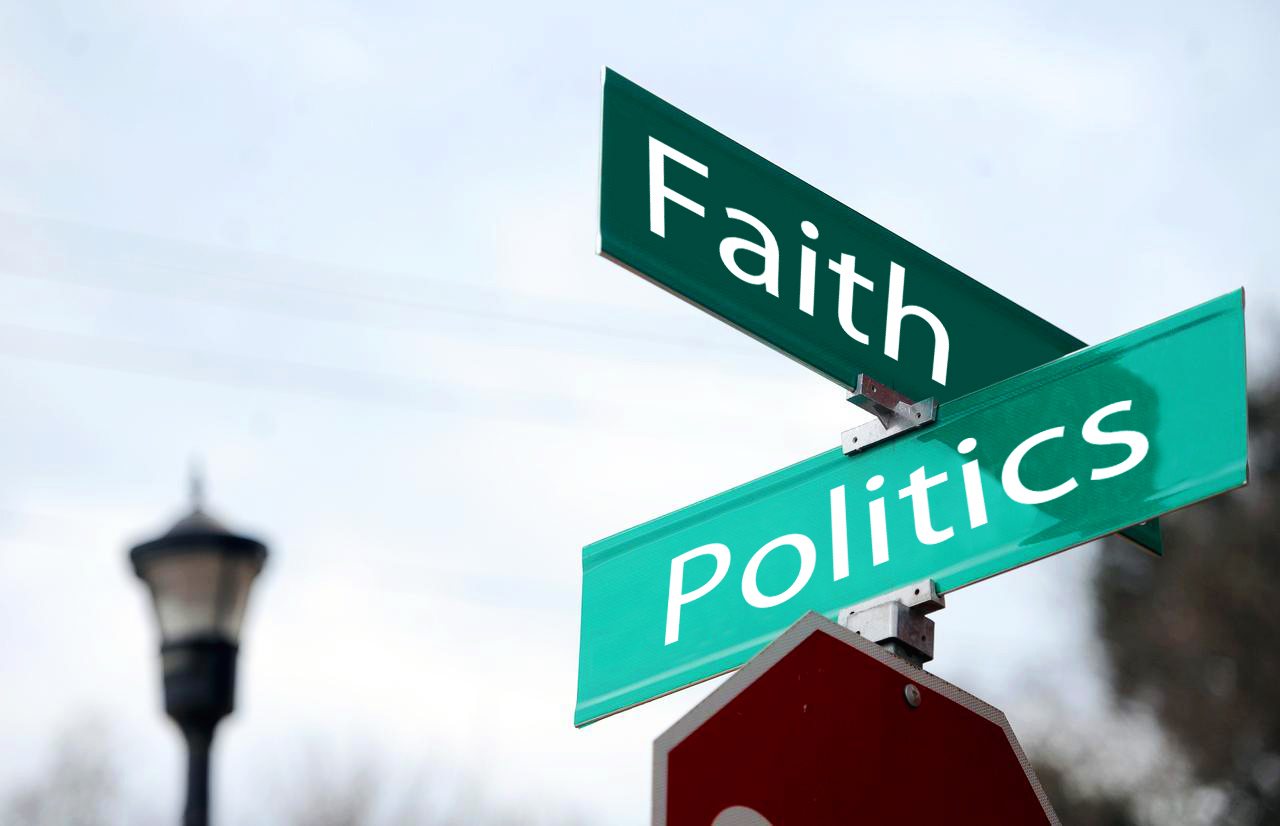 You should stick to preaching the Gospel and stay out of politics! – A reader

I get this frequently, especially in an election year.

I’m not sure what “Gospel” this nice gentleman was referring to but it certainly isn’t the one Jesus mentioned:

The Spirit of the Lord is upon me, for he has anointed me to bring Good News to the poor. He has sent me to proclaim that captives will be released, that the blind will see, that the oppressed will be set free, and that the time of the Lord’s favor has come – Jesus, Luke 4:18-19

Every so often I am similarly chided by a well-meaning friend, complete stranger, or soon-to-be-disconnecting social media pal for being “too political” as a Christian and/or as a pastor.

I’ve long ago learned that this is carefully constructed code language, which almost always can be translated as, “The personal faith convictions which you are expressing publicly are now bumping up against my belief system and this makes me uncomfortable and I want to make you stop.” Invariably this discomfort yields the above mentioned stern scoldings designed to make a person of faith feel guilty for their religious beliefs or statements, on the grounds that they’re overstepping their bounds and somehow embarrassing God.

Embedded in this reprimand is the myth that there is somehow a way of being spiritual without also being political; some sharp, easily identifiable, universally accepted line delineating the sacred from the secular, the supernatural from the practical, religious matters from civil ones—and that Church People can and should learn to “stay in their lane”.

Here’s the only problem with such suggestions: If you are a committed person of any faith, life is the lane. It’s all spiritual.

I am a follower of Jesus and a pastor, and for me this means that my Christian faith isn’t an isolated activity that I engage in between many other non-religious activities. My faith is the very lens through which I view everything and it likewise informs every facet of my life: the work I do, the words I write, the causes I support, how I spend my money, how I experience community, the way I vote, how I see and discuss the world. To suggest I separate my faith from any area of my life is like asking ask my brain to function independently from my circulatory system. The two are ultimately the same thing. Their existence is one of interdependence.

Granted, many American Christians have somehow managed to construct something called Religion that allows such a disconnect and that’s where we’ve gotten this spirituality thing all twisted up.

Many practice a strangely compartmentalized faith, one where a docile, well-behaved Jesus remains quietly confined in a church building all week-long, just waiting for them to show up for an hour to sing a few songs to him before departing until the following weekend. In other words, they see and divide their time neatly between a spiritual life and the rest of life—and they believe God is perfectly fine with it. This is the kind of thinking that allows so many folks to go to church for sixty minutes on Sunday and to be largely horrible outside of that time, without much of a concern.

For far too many people, praying, singing, reading the Bible, and listening to sermons are “spiritual things” and they comprise the breadth of what religion should be and what they deem acceptable. Anything bleeding out beyond the church walls or private prayer time (especially stuff that conflicts with their beliefs) is quickly labeled political and therefore declared off-limits.

This isn’t how faith works.

Please hear that I fully resist the idea of America as a Theocracy in any form. The dubious moment sixty or so years ago when the Religious Right shacked up with our political system and produced that twisted love child now all-too commonly known as American Evangelicalism, is one of the most destructive and embarrassing moments in our recent national history.

This toxic alliance has given birth to and nurtured the dangerous lies that:
1) God is American.
2) America is Christian.
3) The GOP has the exclusive rights to Jesus and they get to make sure that the first two rules are both strictly guarded and fiercely enforced.

I am not at all saying any of this.

Our nation’s initial decision to officially separate Church and State wisely makes sure that no group of religious people of any kind can enforce their beliefs on our civic system. This is good and right, but to ask someone to separate their personal faith from the world they live in is impossible. The very idea that a person of my or any faith convictions has a tidy little fenced off area where they “do their religion” is ludicrous and rather demeaning at its core. What kind of spirituality with any depth or meaning begins and ends in with a weekend church service? What type of moral compass isn’t intended to be used in the trenches of everyday life?

People who chastise Christians for being political (even fellow Christians) simply aren’t paying attention to what Jesus taught, did, or called the faithful to do. He wasn’t urging people to withdraw into a cloistered, monk-like religious bubble existence, and he wasn’t asking them to suppress their beliefs to keep the peace with the culture around them either.

Jesus was equal parts gentle personal pastor and subversive community activist.
He was compassionate shepherd to the sheep in his care, and he was a defiant defender squarely up in the snorting faces of the wolves.
He gave equal time to transforming people’s hearts and to renovating social structures.
If we try to only hold on to one aspect and not the other, we do so at the risk of creating and replicating a counterfeit Jesus.

While he absolutely taught the virtues of one’s personal spirituality he did so while calling people in community to publicly respond to the injustices in the world. He preached a countercultural Kingdom of Heaven/God which stood in sharp contrast to the Roman Empire, the strongest political force in the world at the time. To be obedient to God and faithful to the teachings of Jesus in this time, by its very nature became a political statement. It had to, because of how differently it called a person to live in the world. Nothing has changed.

Ultimately, are these political matters or spiritual ones?
Eliminating poverty?
Caring for the planet?
Ensuring equality for all people?
Confronting violence and bigotry?
Caring for sick people?
Avoiding war?
Protecting the vulnerable and young in our midst?
Fighting government corruption?

Clearly if one is a person of faith these matters have to be both—or that faith is rather neutered and inconsequential.

I would never propose that another human being (religious or not) should ever be required to share my personal faith convictions or that those convictions should be the law of the land or guide their vote. But I refuse to censor those convictions or to be bullied or shamed into believing that to share them in any number of ways, is somehow bad form for a respectable Christian. It’s Christ’s form, and ultimately that’s who I need to take my cue from.

Friend, whether you identify as Christian or not, my faith does not need to be your faith but don’t expect that faith to stay only where you believe it is supposed to be to keep you comfortable. You don’t get to decide that. I don’t even get to either.

If you’re a professed Christian and you believe that your faith in Christ can be separated from anything else or that it can be politically neutral, I’m going to suggest that your heart has not yet been fully saturated by the Jesus you’re claiming.

When it has been, you’ll realize that your entire life is spiritual and that everything is on the table—and you’ll speak into all of it.