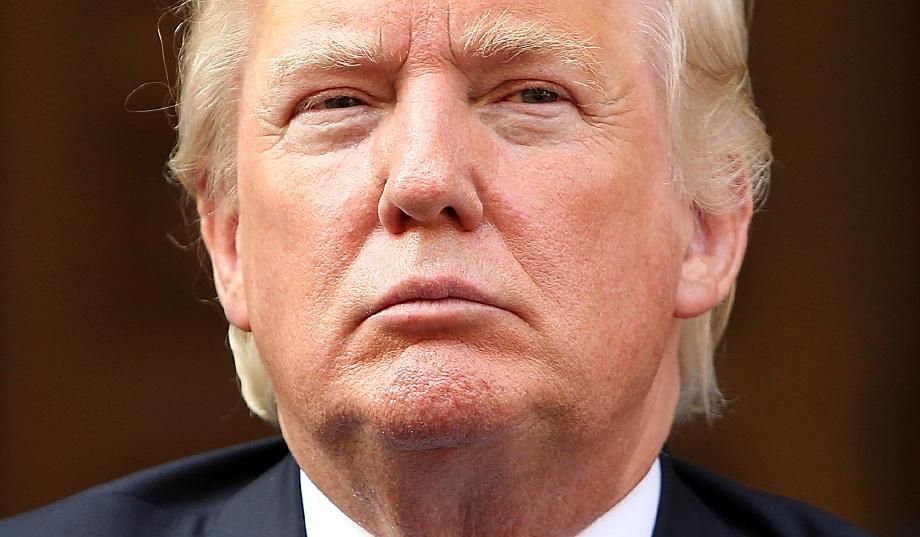 On African-Americans and Jews:

“I have a great relationship with the blacks.”

“Our great African-American president hasn’t exactly had a positive impact on the thugs who are so happily and openly destroying Baltimore.”

“You know, it doesn’t really matter what the media write as long as you’ve got a young and beautiful piece of ass.”

“Women have one of the great acts of all time. The smart ones act very feminine and needy, but inside they are real killers. The person who came up with the expression ‘the weaker sex’ was either very naive or had to be kidding. I have seen women manipulate men with just a twitch of their eye — or perhaps another body part.”

“I think the only difference between me and the other candidates is that I’m more honest and my women are more beautiful.”

“I think Islam hates us. We have to get to the bottom of it. There is an unbelievable hatred of us — anybody. And we can’t allow people coming into this country who have this hatred of the United States.”

“I think that we should definitely disallow any Muslims from coming in. Any of them. The reason is simple: we can’t identify what their attitude is.”

“They’re not coming to this country if I’m President.”

“That guy was so obnoxious and so loud maybe he should have been roughed up.”

“I love the old days—you know what they used to do to guys like that when they were in a place like this? They’d be carried out on a stretcher, folks.”

“If you see somebody getting ready to throw a tomato, knock the crap out of them. I promise you, I will pay for the legal fees.”

“If Hillary Clinton can’t satisfy her husband what makes her think she can satisfy America.”

On his daughter posing nude:

“I don’t think Ivanka would do that, although she does have a very nice figure. I’ve said if Ivanka weren’t my daughter, perhaps I’d be dating her.”

On sexual assault in the military:

“26,000 unreported sexual assaults in the military — only 238 convictions. What did these geniuses expect when they put men and women together?”

“He’s not a war hero. He was a war hero because he was captured. I like people who weren’t captured.”

On God:
“I’m not sure I have ever asked God’s forgiveness. I don’t bring God into that picture….When I go to church and when I drink my little wine and have my little cracker, I guess that is a form of forgiveness. I do that as often as I can because I feel cleansed.”
On his penis:

“He referred to my hands, if they’re small, something else must be small. I guarantee you there’s no problem. I guarantee it.”

“My fingers are long and beautiful, as, it has been well been documented, are various other parts of my body.”

“I could stand in the middle of Fifth Avenue and shoot somebody, and I wouldn’t lose any voters, okay? It’s, like, incredible.”

“When someone crosses you, my advice is ‘Get Even!’ That is not typical advice, but it is real life advice. If you do not get even, you are just a schmuck! When people wrong you, go after those people because it is a good feeling and because other people will see you doing it. I love getting even.”

I’m telling you, I used to use the word incompetent. Now I just call them stupid. I went to an Ivy League school. I’m very highly educated. I know words, I have the best words…but there is no better word than stupid. Right?

“Look at that face! Would anyone vote for that? Can you imagine that, the face of our next president I mean, she’s a woman, and I’m not supposed to say bad things, but really folks, come on. Are we serious?”

And then, there’s this: 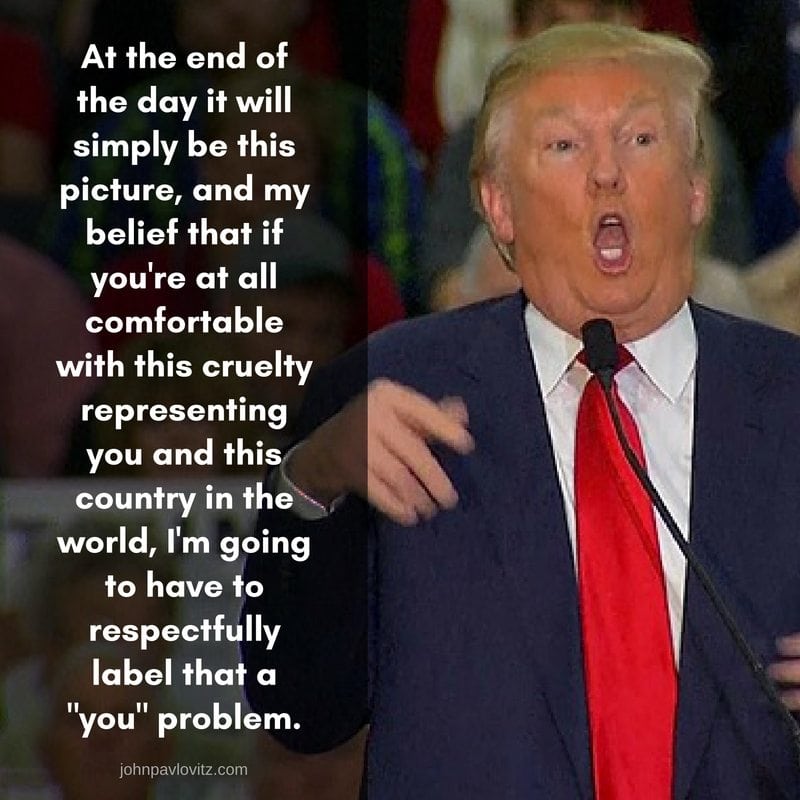 If you believe these are the words and actions of a man who is at all Presidential, whose character and intellect and demeanor should represent America in the world, if you feel as though they represent you, especially if you claim to follow Jesus…

… I guess I’m genuinely wondering why.