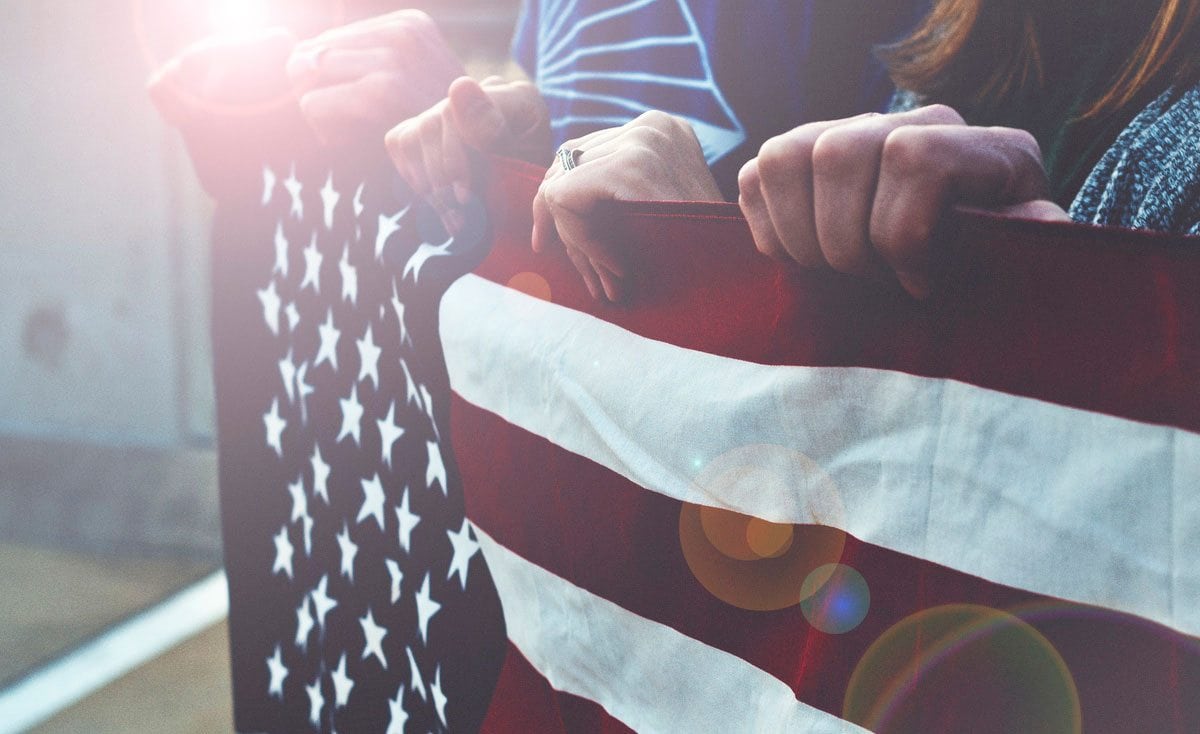 We felt we needed to say something while saying something is still allowed.

We know many of you have lived under malevolent, unhinged dictators before, but this is new for us. For its history our nation has been led by men and women who, despite their varying flaws and deficiencies, some of which were quite disturbing—were by and large, normal human beings. Whatever darkness in them, they had at the very least, a baseline of humanity and decency that more often than not insured rational behavior.

This man is not normal.

He is unstable, malignant, devoid of integrity—and he does not speak for us.

Please understand that nearly three million more people voted for his opponent Hillary Clinton than for him. (Yes, we realize this is completely screwed-up). Millions more voted for other candidates, and sadly nearly 90 million of our people did not vote at all. The point is, the vast majority of Americans are not with him. He does not speak for us. His America is not our America.

Over recent months, we’ve watched long erected pillars of our Republic bulldozed in the stroke of a madman’s pen. We’ve seen the very hallmarks of who we are as a nation tossed in the garbage; the celebration of diverse coexistence, the open welcome to the oppressed, the guarantee of unalienable rights for every person, the same access to health and opportunity and safety afforded to everyone, the freedom to speak without censor or restraint. At this moment these are all in great jeopardy.

Things we took for granted in our leadership: things like goodness, wisdom, and basic truthfulness are no longer in play, and as things are eroding quickly we wanted to let you know that we’re sorry.

We’re sorry that our apathy and laziness have yielded such a reckless, impulsive, small man to steward this nation.
We’re sorry for the jagged, bitter ugliness that is characterizing us in these moments.
We’re sorry to those suffering greatly, who have braved such peril to seek refuge here and who’ve now been turned away based on the faith they profess.
We’re sorry to our Mexican neighbors who’ve been fashioned into convenient villains to justify erecting a grandiose, wasteful display of false protection that we do not want.
We’re sorry to Muslims everywhere who’ve been used as pawns to generate irrational fear among those already susceptible to bigotry and discrimination.
We’re sorry to the leaders of the world, who instead of being met by level-headed, measured, intelligent dialogue, are now greeted with the social media rantings of a furious man-child.
We’re sorry to those who now experience the Christian faith as a racist, Nationalistic bully pulpit wielded with malice toward the very diverse Humanity Jesus lived and died for.
We’re sorry to people everywhere whose lives are now more tenuous, more violent, less safe, less secure than they had been before.

We want you to know that this is not who we are. It may be who this man is. It may be who those sharing power with him are. It may even be the tens of millions who originally voted for him (though that support is vanishing quickly among those who are not among the religious zealots and extremists).

But this is not America. It is not the steady, strong beacon of freedom that it was intended to be. It is not the America our people have fought and died for. It is not the one first formed in the crucible of oppression and cast into the words of our ever-disregarded Constitution.

This is not our America. Our America affirms the inherent, priceless beauty of every human being. Our America declares that no person is ascribed less value because of their skin color, religion, gender, financial means, sexual orientation, nation of origin, or any other variable. Our America is home for those seeking hope and joy and rest.

And we are going to fight for this America. Through political channels and through grassroots activism, through the use of our Press and of our personal voices, we’re going to expose this man’s incompetence, call out his heart sickness, and condemn every violent, reckless, vicious act when it does not reflect our hearts and our will. Please do your best to disregard anything that comes from his mouth or those loudly and continually parroting his propaganda. They have proven themselves mortally allergic to the truth.

And we hope that in whatever way you can, that you will stand with us. We know that we have made this mess ourselves. We understand that you have your own problems to contend with, some far more urgent and pressing than this, but we believe that we are a single community; that we are tethered together in our Humanity, that we are in real-time crafting the life our children and their children will inherit.

Dear World, we’re sorry and we hope you’ll endure these days with us.

With despair and hope in equal measure, in peace and unity with you,

923 thoughts on “Dear World, From America”