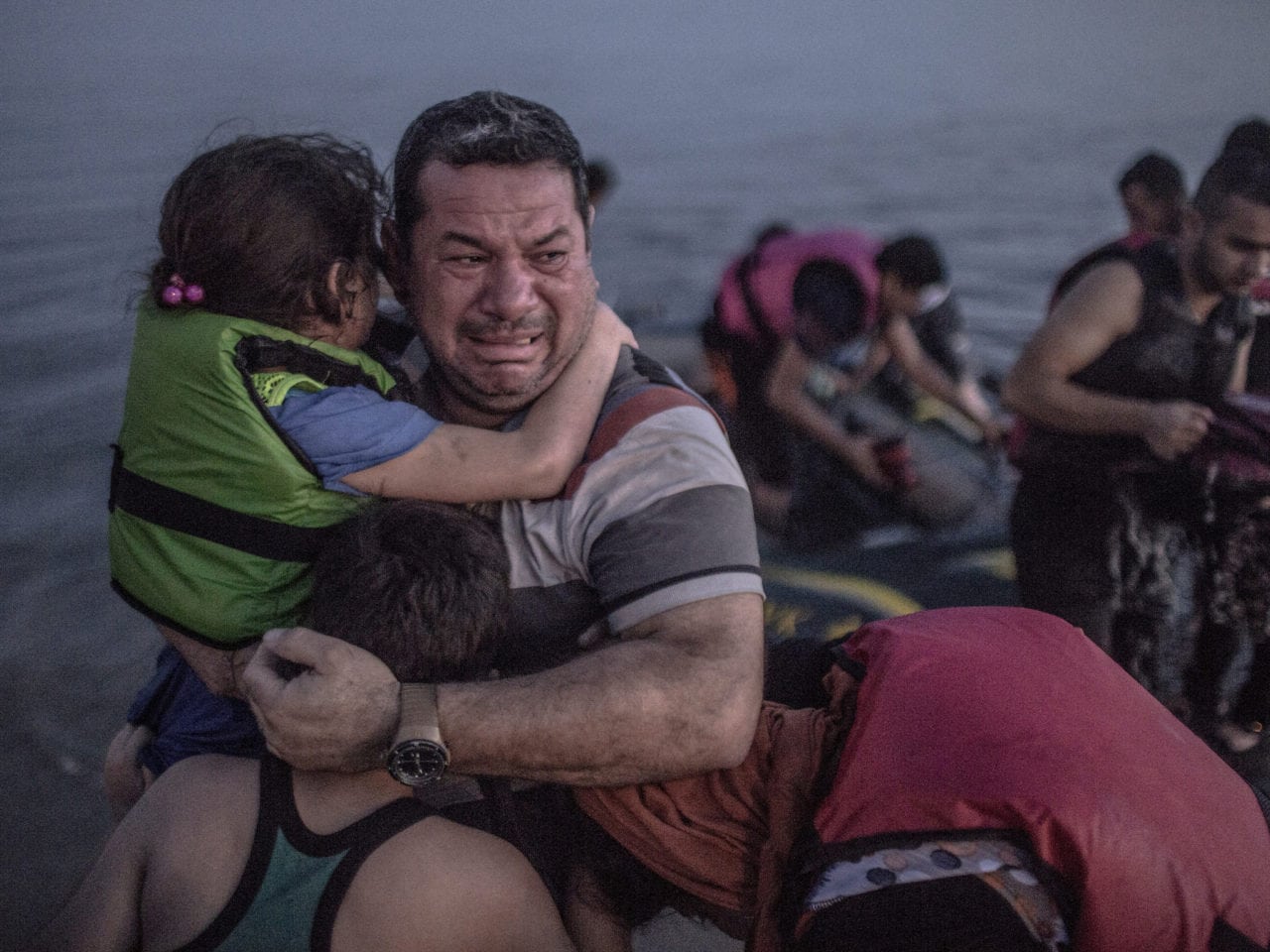 A professed Christian Tweeted the following at me last night:two

Bro, I respect you, but serious question: are you on the DNC payroll?

After I let him know that if he indeed respected me he probably wouldn’t have asked that “serious” question to begin with, he replied that he was concerned that I was just repeating “Democratic talking points.”

I asked him to think about why he felt that way, realizing that he’d fully exposed the problem in his initial 280 characters.

His comments were telling, because they illustrate exactly what has happened in America over the course of the Presidential campaign, the election, and the first two years of Trump’s Administration: Republicans have so lost the plot, that affirming anything remotely compassionate or decent now feels like a political stance against them. Empathy seems like an act of defiant resistance—and in many ways, it now is.

Advocating for sanctuary for refugees,
Protecting immigrants from Government harassment,
Marching for full equality for women,
Demanding affordable healthcare for every human being,
Opposing the proliferation of assault weapons,
Affirming religious freedom for all traditions,
Fighting the degradation of our planet and the gutting of our public schools,
Defending our Press so that it remains free,
Standing with LGBTQ students,
Championing the vulnerable, the sick, the poor—
These have somehow become partisan politics. And the simple reason is because the leaders of the Republican party (most of whom claim to be Christians), no longer care to be burdened by the heart of Jesus, the basic goodness he preached, or the people he poured out his life for.

And so his values now seem offensive,
his words are convicting,
his very life feels confrontational.
The extravagant love, overflowing compassion, and sacrificial generosity that marked him are foreign to their ears and threatening to their sensibilities.

My online critic further lamented my use of “partisan hashtags,” which again is revelatory:

Echoing #StillShePersisted, born on a night when white Republican men silenced a female Senator for attempting to the read the words of a black woman, in opposition to the Cabinet appointment of a white supremacist—became just partisan politics.

Boosting #TheResistance, a massive, worldwide movement against racism, bigotry, discrimination, abuse of power, and neglect of the vulnerable—was dismissed something out of the “DNC playbook,” (even as my very usage underscored its transcendence of such small things.)

That either of these terms or the values behind them now feel like partisan politics to Republicans instead of a defense of the inherent value of all people, should be a red flag to those who are paying attention. It should be an alarm, warning them that things have gone sideways—especially to those folks who claim faith.

I’ve been a registered Independent since the first day I could vote. I’ve always seen the validity of both parties, and up until this year I’ve never written about a candidate or political party or called out a politician by name.

But these days everything has changed. Now, the faith I grew up with has been fully commandeered and bastardized, to the point where silence is simply not an option. And if speaking the very words of Jesus, if reiterating his compassion and generosity seem like partisan politics to those of you reading this who identify as Republicans—well maybe that’s a you problem. If someone aspiring to be a loving, empathetic human being, causes you discomfort—that should give you great pause.

Maybe the truth is that equality, diversity, justice, and compassion are indeed now solely “Democratic talking points” because you have gone all-in with someone and something that Jesus would rightly be horrified by. Maybe you really no longer aspire to loving your neighbor as yourself. Maybe your expression of faith is lacking something essential—like the love of Christ. Perhaps the absence of decency and mercy in your midst have left him no choice but to head elsewhere, joining the religious of every tradition and the non-religious who together are affirming these things.

I really don’t concern myself with my beliefs being interpreted as a political statement. Jesus’ life was exactly that. It was a bold, relentless defense of the vulnerable, the poor, the hurting—the least. Non Christians understand this. They recognize that it was an unapologetic affirmation of the value of all people; not just the wealthy or the powerful or those of a single pigmentation or homeland. Honestly, how anyone labels it or who gets credit are too small of considerations. They’re a waste of my time.

Borders? Walls? Bans? Home raids? America first? Healthcare cancellation? Just where on earth or in Heaven or Hell is your Jesus in these things friend, because I believe practically speaking, he’s invisible. I don’t recognize him there. And I wonder just how speaking for anyone who is not white, cisgender, Christian, and American, became a threat to the GOP and a challenge to the professed party of Jesus?

And if they are, then you should take a long look in the mirror, let your knees hit the floor, and ask Jesus just why that is. Maybe some repentance is in order.

You can call it political all you want, but I know it’s the most spiritual declaration I’ve ever made. It is a declaration of Life.