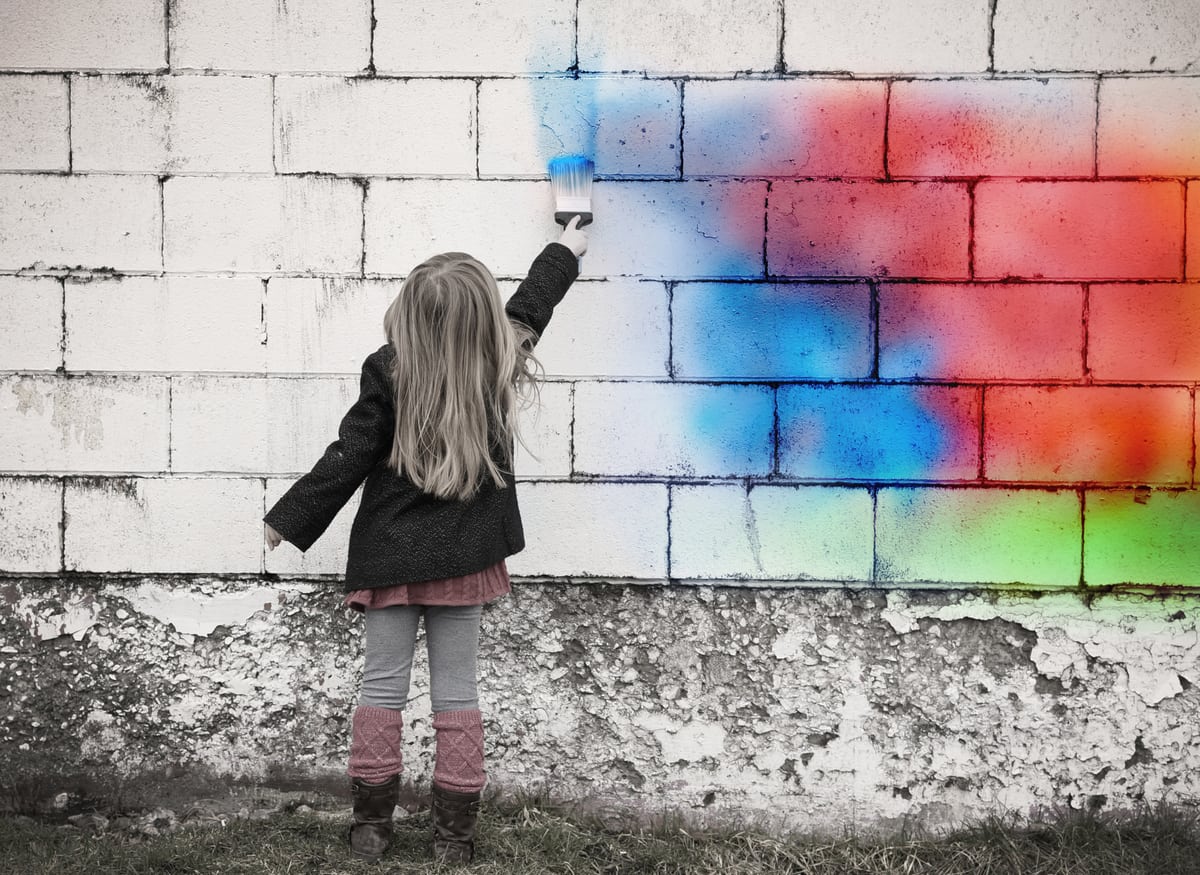 Being gay is not a sin.
Neither is being lesbian, bisexual, or transgender.
The Bible never claims that it is.
It really doesn’t.
Christians should stop saying it because it’s reckless and irresponsible—and it’s killing people.


It’s the most reckless, wasteful, irresponsible misuse of religion; the most dangerous kind of stereotyping and license to discriminate—and it’s killing people who are made in the image of God.

Christians love to say that, by the way—that all human beings are “made in the image of God.” Yet they also contend that these same made-in-the-image-of-God human beings, are either created male or female; that any other non-binary expression of gender identity is against God’s will; some unholy bastardization of the original plan.

The problem they have to deal with in declaring this—is God.

The oft-used line from the Genesis creation story, actually quotes God as saying, “let us make mankind in our image”, and this God then ultimately creates both men and women. If we are to (as so many homophobic/transphobic Christians do) take these words at face value, we need to ask the question:

Which ones were created in God’s image, the males or the females?

If our answer is both (which it must be), then God is decidedly non-binary, God transcends a single gender identity—God is by nature trans-gender. We cannot have God be a He and also make women in His image—and we can’t have a God capable of creating men and women, unless God is equally made of both. These Christians wouldn’t dream of excoriating God for the fluidity, would they?

These same folks also want to use the Bible to condemn LGBTQ people and to deny them the rights of marriage and church fellowship, but they have another problem: the Bible. They have all sorts of issues to contend with there.

They’ll attempt to use the word homosexuality (which does not occur in the original texts) as an umbrella term to refer to both gender identity and sexual orientation—when the context of the translated word they’re using and the occasions it appears in Scripture, simply cannot refer to both things simultaneously. Additionally, many Transgender people are in fact, not same-sex oriented, and not accurately described by the same word Christians would use to describe a gay or lesbian person.

They like to say that the Bible declares that marriage is strictly between one man and one women, while the Old Testament, as early as Genesis’ fourth chapter is teeming with bigamy, polygamy, and extra-martial sex practiced by the lauded pillars and Patriarchs of the faith (Abraham, Gideon, Solomon, David)—not as cautionary tale, and not with rebuke, but simply as the story of God’s people. There are no definitive statements on marriage spanning the breadth of Scripture.

They’ll frequently refer to the book of Leviticus, claiming it says that “homosexuality” an abomination (a flawed talking point as we’ll discuss later)—and ignore the surrounding verses commanding that disrespectful teens and those having extramarital sex be stoned to death—along with hundreds of requirements and punishments, most of which they declare irrelevant to their present lives. It’s becomes a highly selective use of the text.

They’ll throw around the destruction of Sodom and Gomorrah, as supposed proof of God’s wrath against the gay community—when in fact, the book of Ezekiel 16:49 declares the former was destroyed because of its greed and disregard for the poor—but you don’t see many of these Christians preaching that sermon, especially not GOP Christians.

They’ll try to say that Jesus opposes the LGBTQ community, when he never once corrects, cautions, or condemns anyone based on their gender identity or sexual orientation. In this case, we’re supposed to believe the unspoken damnation is implied, when in reality these people are making Jesus say things he never said—simply because they want him to say it.

They’ll refer to a “homosexual lifestyle,” when the Bible is devoid of such terminology—for the simple reason that the concept itself is ludicrous and nonexistent (as proven by the fact that a “heterosexual lifestyle” makes absolutely no sense when applied to straight people.)

They’ll claim that the term homosexual refers simply to people who have sex with same gender partners, yet will also admit that their own heterosexuality, refers to far more than just their sexual activity, but to their inclinations to love, where they seek affection, intimacy, relationship. They can’t have these words work both ways. They need to decide whether the less than a handful of passages in the New Testament are referring to identity, orientation—or a specific behavior by specific groups of people in a specific context (which is likely). Great unpacking of these passages here.

They’ll quote Paul in Romans Chapter 1, describing people consciously “trading their natural attractions” for same-sex desire and corresponding physical acts), failing to connect the dots, that for most members of the LGBTQ, there is no such exchanging taking place. They aren’t feeling one thing, and choosing an alternative simply to choose. They aren’t acting in opposition to any primary inclination. Their same-sex orientation is their natural. (If pressed, these Christians need to admit that this passage refers to a specific sex act tied to pagan worship practices, and cannot be superimposed over identity and orientation—and it’s certainly not appropriate to use it to categorize committed, loving relationships by people along the full LGBTQ continuum.) When trying to use Paul’s references in this way, they’re trying to separate LGBTQ people from the capacity to love and be in mutually beneficial relationships—and that’s simply wrong.

At the end of the day, the Bible is not clear on these matters. It is cloudy and even contradictory at times. There is no consistent sexual ethic in the Scriptures, no one image of marriage—and no specific condemnation from Jesus or Paul of those who are gay, lesbian, bisexual, or transgender simply because of their identity and orientation. If we can admit, that LGBTQ people have the same capacity for love, commitment, and monogamy in a mutually beneficial relationship that cisgender-heteronormative Christians do—the text becomes impossible to weaponize as it has been.

And the God of the Bible, as presented in Genesis, is himself/herself/itself an image of the beautiful spectrum of sexuality, and a defense of those who believe we each manifest this complexity in a myriad of ways.

Christians wanting to persecute the LGBTQ community have long claimed that God and the Bible are their justifications, but this simply isn’t accurate—not if they’re to use the reality of God and all the words of the Bible (not just the bits that feel like consent when isolated in social media diatribes and shouted sermons.)

These people are going to have to admit that ultimately the only authority they’re yielding to in these matters is their own (or the teachers or parents who have passed these ideas down to them. ) It is their fear, their prejudice, their lack of knowledge that causes them to lash out in hurtful words, violent rhetoric, and abject cruelty.

More and more Christians are beginning to understand this; that our faith tradition has gotten it wrong regarding sexuality, the same way it has regarding the worth of women, the plague of slavery, interracial marriage, the violence against non-Christians, and on and on. They are seeing that being LGBTQ and being Christian are not mutually exclusive. They’re seeing that a Church that honors God will welcome all people.

We’ve wasted so much time, so many resources, and so many beautiful, God-reflecting lives, because we’ve made our fear our idol and tried to retrofit God into that image. The sooner we can let go of this misplaced fervor and this fruitless fight, the sooner we can live out Jesus’ clear and unmistakable commands, that we love God and all those who share this space with us.

No, being LGBTQ is not a sin.

The sin, is the hatred that refuses to let go of that notion when evidence requires it.

925 thoughts on “No, Being Gay (or Lesbian, Bisexual, or Transgender) is Not a Sin”