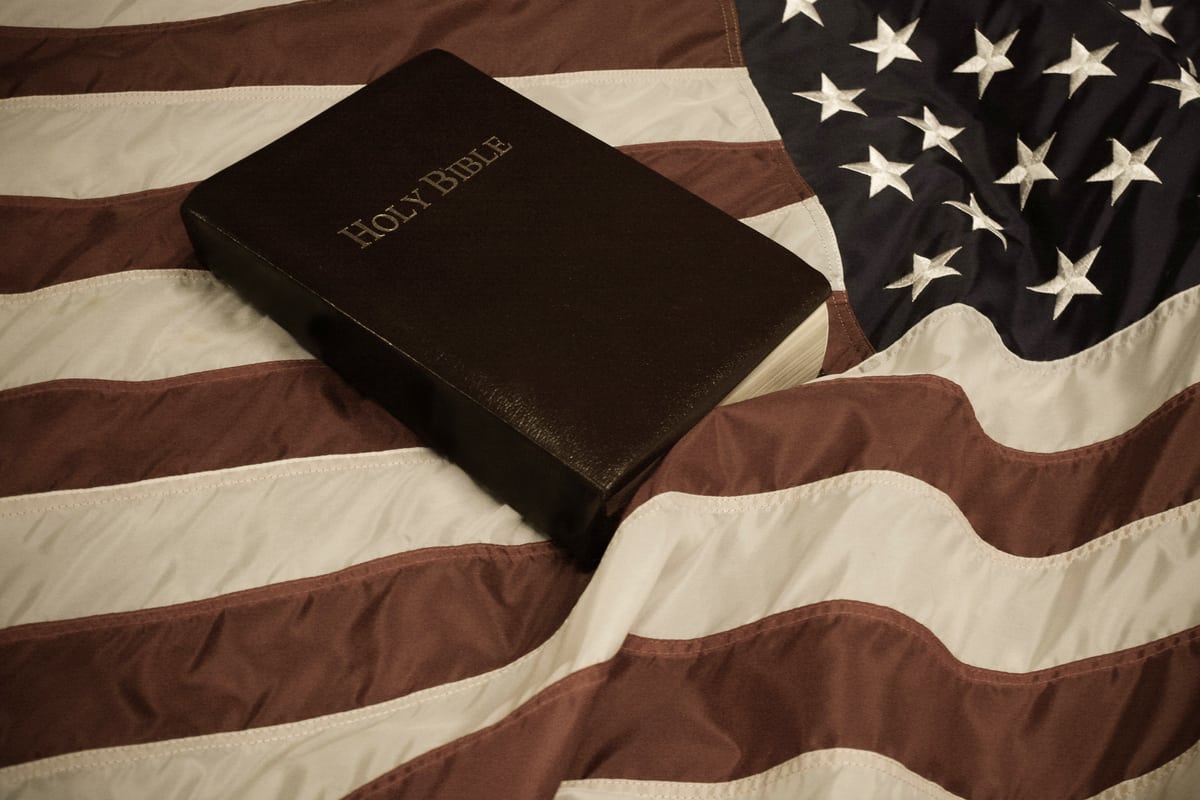 That’s not how this works.

I’m sorry to break it to you, Bible Belt Christians—but that’s just how it is.

I know this kinda wrecks the convenient narrative you’ve been working for the past 60 or so years (and hitting especially hard the past eighteen months), but honestly that nasty bit of heresy has done enough damage already and it needs to go. It’s straight-up of the devil.

For God so loved the world that he gave his one and only Son, that whoever believes in him shall not perish but have eternal life.

God loved the world.
God is in the world-loving business—not the America-blessing business.

Check out the Old and New Testaments again.
Read through the Gospels a few times.
Use any translation you’d like:
No America First.
No Making America Great Again (or at all.)
No flags or national anthems to pledge allegiance to.

A few other bits of news from the Scriptures:
Jesus was born in the Middle East.
He didn’t speak English.
He wasn’t white.
He wasn’t Evangelical.
He wasn’t a Republican.
He wasn’t American.
Heck, he wasn’t even Christian.

Jesus was a Rabbi who spent his days as an itinerant street preacher, living off the generosity of strangers and speaking in parables about a new “Kingdom of God:'” a radical way of living where the poor were cared for, the oppressed freed, and the outcasts welcomed in.

Jesus came to usher in a countercultural kind of interdependent community, in direct opposition to the power-wielding Roman Empire he stepped into. It was a diverse, barrier-breaking, border-transcending, nation-defying movement of generosity and mutual affection. It had nothing to do with blessing a Government or building an army—or creating a gated community of white folks in North America two thousand years in the future.

To claim that America was at all the point of the Gospels is flat-out heresy.
To assume any God-ordained supremacy based on religion, nation of origin, pigmentation, orientation, or native tongue—is a perversion of the work of Jesus and idolatry of the worst kind.

I’m sorry to break all this bad news to you. I understand the actual words of the Gospel are problematic, given the story you’re selling to those whose fear you’re leveraging in America right now.

It’s impossible to be devoted to the Jesus of the Scriptures, while refusing refugees, expelling immigrants, demonizing Muslims, vilifying people of color, worshiping political power, and neglecting the poor—which is exactly the point.

As long as you continue to conflate God and America, you’re going to be whitewashing the Good News, shrinking God into your own image, and bastardizing the message of Jesus in ways that can only be described as fully and violently heretical.

If your God is America—you need a bigger God.

270 thoughts on “The Heresy of Christian Nationalism”