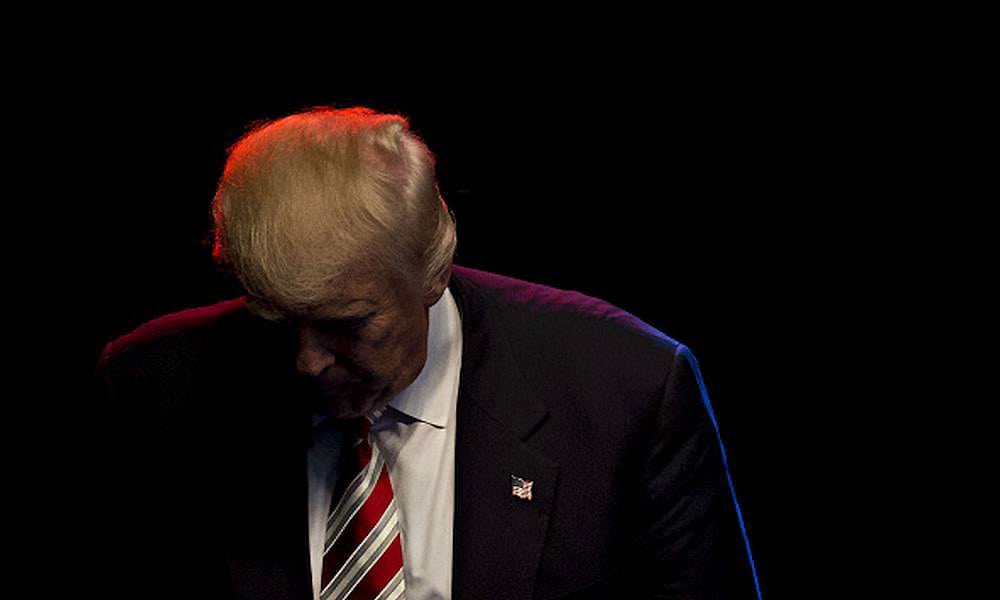 Fact-checking website Politifact has determined that President Trump has spoken falsehoods, either substantially or completely—69 percent of the time. He regularly hovers between Pants-on-Fire and Pinocchio.

Understand the gravity of that reality for a moment:

More than two-thirds of the time the President of the United States opens his mouth, in a press conference or in an early morning Tweet or in a public rally or in a meeting with lawmakers—he is completely lying.

The Leader of the Free World, is regularly and intentionally manufacturing an ever-malleable counterfeit truth; one that is being perpetuated by political allies, financial benefactors, supportive clergy, opportunistic partisan media, and rank and file supporters who simply want their guy in power, and they don’t care what they need to do to ensure that.

This is how far we’ve drifted in less than two years.

Of all the ghastly wounds inflicted by this Administration; to the environment, social services, immigration, education, equality, religious freedom, national pride, and global standing—perhaps the greatest injury has been to the Truth. It is simply no longer a requirement for many here in America.

You see evidence of this disregard almost hourly. Over the weekend, Georgia Senator Michael Williams declared in an interview with Brianna Keiler, that Georgia-based airline Delta had been giving discounts to Planned Parenthood. It was a seemingly off-the-cuff, matter-of-fact declaration dropped in as an afterthought.

It was also a lie. It was a fabrication. It was not truth by any objective standard—just something he said. Keiler pressed Williams on the statement, and he danced and stammered and talked around her—and in the end continued on.

The scene plays out hundreds of times each day: A leader willfully lying, being called out, brazenly gaslighting his accuser—then and doubling down on the lie. With these people, the truth need not be at all considered anymore.

Williams isn’t an outlier. He is simply doing what his President has campaigned on, modeled daily, and emboldened in both word and deed: he is molding the truth as if it were soft putty, and building whatever narrative he needs in the moment—facts, data, and reality be dammed.

Tragically, this is one of those rare times when trickle-down actually works: Liars are yielding more liars.

FoxNews fills its slate with phony headlines, falsehood-spewing pundits, and egregious perversions of reality, on-screen crawls. The fully manufactured fiction disguised as news, plays on repeat in kitchens and car repair shops and fast food restaurants—and like frogs in a slow-simmering pot, millions of people gradually lose any semblance of the truth. They never see it happening, until one day statements no longer require scrutiny to be ratified into belief. They only need to have been spoken.

As a Christian and a pastor, the President and his party’s allergic reaction to the truth has made the vast Evangelical Christian support for them all the more disheartening. Pastors and celebrity evangelists amplify and amening lies; giving them credence in the eyes of the faithful, who leave their Sunday gatherings and bible studies prepared to passionately spread the False Gospel According to Donald on social media, in their living rooms, at their workplaces, and on their college campuses.

For a group of people so supposedly compelled by the Bible, they conveniently misplace one of the commandments, and a few thousand verses from the revered prophets, their spiritual forebears—and from Jesus himself.

And day by day, millions of people who used to know better, who once valued the truth as a nonnegotiable—no longer give a damn about it. It is relegated to a very distant afterthought.

These co-conspirators in untruth, then daily raise children who grow up with no desire for veracity, because they’ve seen the upsides of the opposite.

They’ve watched a man who lies as easily as breathing, ascend to the highest position in the country.

They’ve seen their own parents rationalize it all away.

What need or respect for the truth will they have? Why would they even consider it?

Our children will inherit this America unless we reverse course.

Unless we pushback against these professional liars, if we keep allowing them to freely speak falsehood, we will be reproducing more of them.

Our children will become easily-lying adults; teachers and law enforcement officers and caregivers and lawmakers, who have no inclination to speak truth.

This will be a horrible legacy to leave the world.

When our leaders are liars, we need to lead them.

We need to be courageous enough to speak truth.

This, it is said—will set us free.

72 thoughts on “When Your Leaders are Liars”