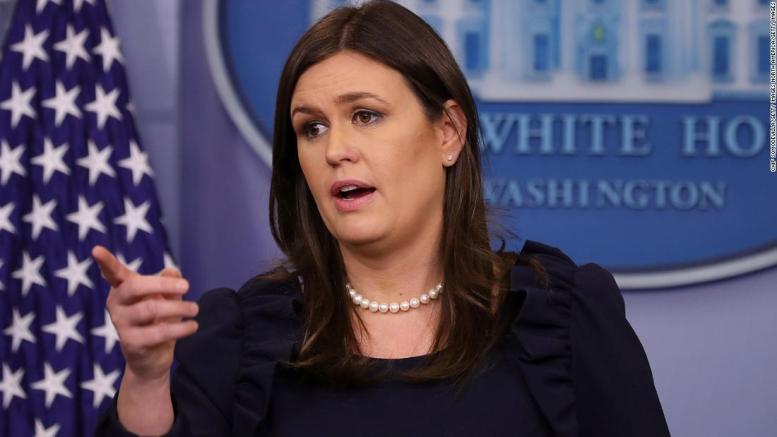 I’ve been trying to reach you ever since that whole White House Correspondents Dinner business—which I imagine you’re already pretty sick of talking about.

Honestly, I am too.

Please know this has nothing to do with that.

This is about you—and it’s about Jesus. (Well, sort of.)

You see, I’m a Christian and I’ve heard you claim that you’re a Christian too—and watching you work recently, it got me thinking:

How does she do it?

What I mean is, how do you reconcile your supposed faith in Jesus of Nazareth, with your current position as a mouthpiece for this morally malignant President?

As a professed Christian woman, how do you make peace with the reality that you regularly step into the largest bully pulpit in the nation—and you lie for a living on behalf of a serial predator?

How do you square your Christianity with the realization that you are the most visible and vocal surrogate for a man who is by nearly every measurement—fully devoid of Christlikeness?

Look, all Christians (myself included), feel some measure of fraudulence as we live this life while claiming we’re trying to perpetuate the character of Jesus in the world.

None of us can avoid the hypocrisy inherent in professing faith in a perfectly loving, compassionate, merciful Savior—while being profoundly flawed human beings. That tension and duplicity are ever-present.

I watch you every week as you repeatedly distort the truth,
as you attack journalists who come carrying facts.
as you vilify politicians who oppose your employer’s malfeasance,
as you categorically defend his every vile statement, every personal attack, every nonsensical Tweet, every baseless firing, every legislative assault.

I watch your face contort with the unmistakable tells of a person who doesn’t believe a word they’re saying; one who’s sold their soul and is now hopelessly trapped in a lie about a lie about a lie.

I wonder what Jesus-story you tell yourself, about the fact that every week you stand in front of a microphone and willingly perpetuate falsehoods that do great harm to millions of people.

That has to be rough—or maybe it isn’t.

Maybe it’s a breeze for you now.

Maybe you’ve convinced yourself it’s somehow all the Lord’s work.

Maybe you’ve been on this slippery slope of deception for so long that you actually believe the lies now too.

Or maybe your Jesus and my Jesus are just that different.

If that is your Jesus, Sarah—then know you are evangelizing brilliantly right now.
You are spreading the Gospel of that Jesus exponentially.
You are a powerful preacher of that Jesus to the watching world.

I imagine you feel that thirty seconds of jokes from a comedian is terrible treatment; that you feel unfairly bullied, that feel that you didn’t deserve to be personally attacked.

I imagine you feel like an innocent victim in all this.

Given the countless hours you’ve spent lying to the world and claiming Jesus while you’ve done it—I think you got off easy.