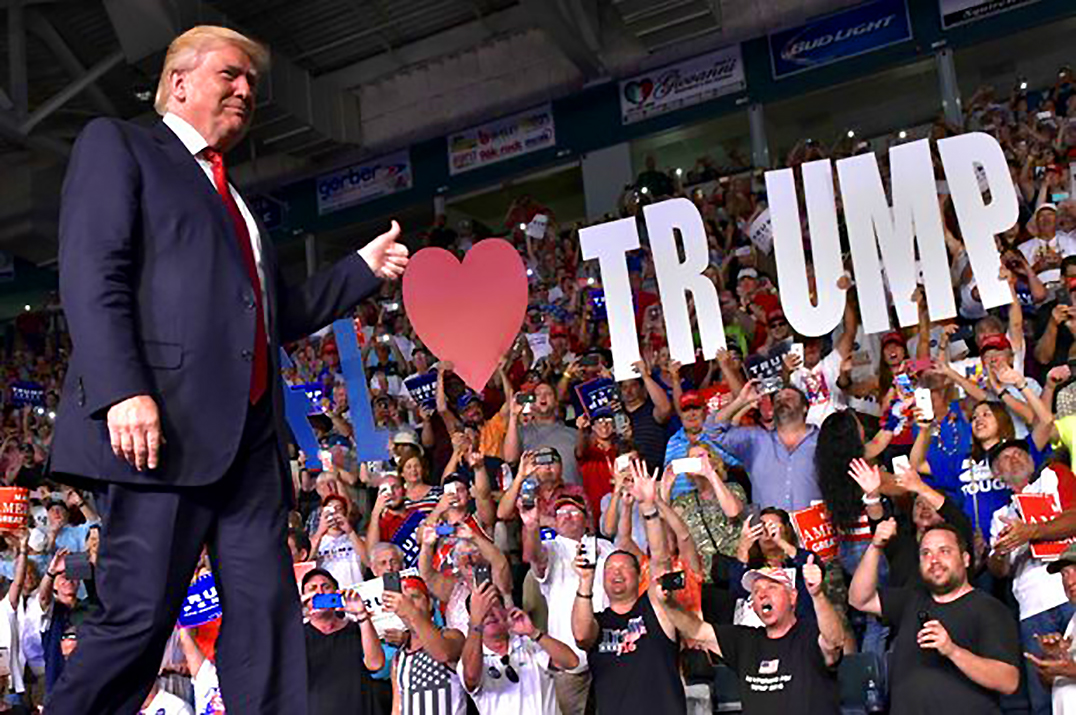 “I don’t recognize her anymore.”

Through choked back tears, a man shared these words today about his 74-year old mother. The last two years have seen their once-loving relationship deteriorate precipitously, now relegated to cold exchanges via text and strained small talk conversations at family gatherings—sandwiched between explosive screaming matches which are often followed by extended periods of radio silence.

He shared screenshots of his mother’s Facebook profile, littered with Alt-Right talking points, discriminatory memes, and effusive tributes to the President—always juxtaposed with hateful diatribes regarding our former President. The racism and homophobia and Islamophobia she generates every day is both shocking and devastating to her adult son.

“She just believes every word out of his mouth, everything she watches on FoxNews.” he said. “I can’t reason with her. It’s like talking to someone who’s been brainwashed. She isn’t the mother I grew up with.”

This is how cults work. They gradually alter people’s brains, attuning them to a singular voice, and weaponizing them against any dissenting opinions. To their manipulated minds, efforts to reach them with objective truth become acts of aggression against the one they see as divine—and trigger an ever-more passionate affection toward their leader. They will defend (even to relational death with people they once loved) that one person.

America is in a cultic crisis, and Trumpism is the cult. There is no other way to approach these days.

This hasn’t happened by accident, but by sickening design. Cult leaders prey upon emotionally vulnerable people, leveraging their loneliness, their disenfranchisement, their disconnection. They bombard their targets with a steady stream of misinformation, incendiary rhetoric, and chaotic prophecy—and into the swirling confusion created inside their heads, they come promising safety and security, while having no concern for them at all. They start a fire—and rush in with a bucket of water.

Donald Trump has mastered the art of emergency manufacturing and danger generation. We saw this during the near month-long Government shutdown. He convinced his followers that violent, drug-carrying immigrants were streaming across the border to duct tape and rape women, he then feigned courage by boldly and publicly vowing to protect them by shutting down the Government. He then did so, and after weeks of complete inactivity and not a single change, stood in the White House Rose Garden, claiming victory against a fictional adversary by stopping an unnecessary crisis that he alone created.

Every day he designs a false threat, steps in to the nonexistent battlefield, and declares himself victorious to a group of now emotionally dependent human beings, whose internal story and well-being depends on him winning. That’s the only way their world makes sense anymore, it is the only outcome they can conceive of.

People who’ve tried to rescue their loved ones from such inculcation will tell you how incredibly difficult it is to deprogram them after such repeated deception, such prolonged lying, such protracted fear. They will detail the excruciating efforts to reach parents and best friends and adult children, through the haze of their addiction to the connection they have come to feel with someone who is predatory toward them. And many will describe the long and bloody battles they’ve fought for the people they love—battles they  sometimes ultimately lost to the cult.

My friend said of his mother, “I’m going to keep trying to reach her because I know who she used to be. I’m still hopeful I can get her back.”

This needs to be the posture we choose now. No one willingly joins a cult. They are lured and tricked and coerced all way the up to the precipice of emotional and intellectual surrender—and then they fall in. Once there, it is nearly impossible for them to leave voluntarily. They can’t see that they are fighting against their own self-interest by aligning with the one holding them hostage.

Leaving isn’t an option, so someone who loves them persistently and fiercely needs to brave the wounding words and the violent opposition, to try and rescue them.

The only way they can do that, is by loving them in a way that the cult leader simply isn’t capable of—and by refusing to let his voice, be the only voice left that they hear.

162 thoughts on “The Death Cult of Trump”