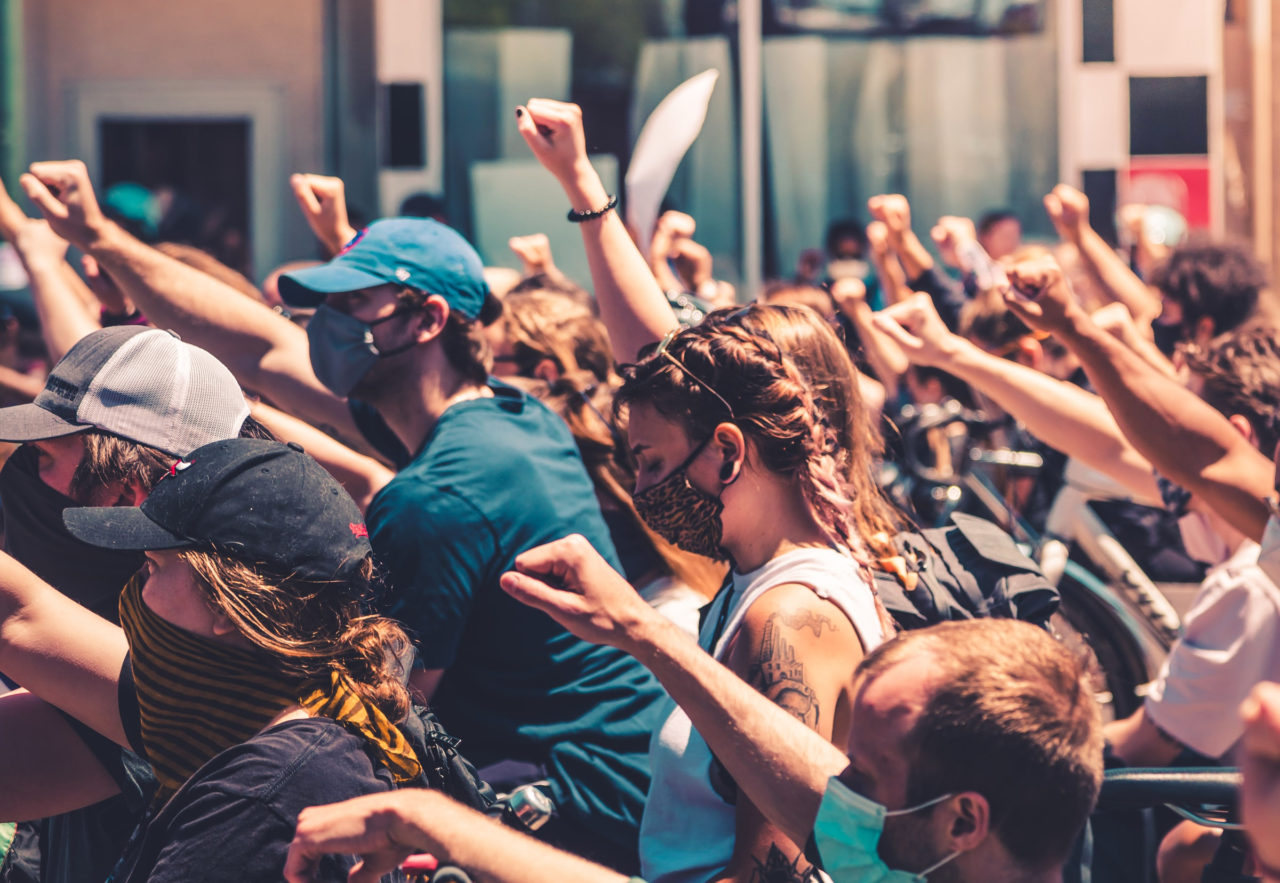 Hey, remember back when we thought 2019 was horrible? When 2018 was heartbreaking? When 2017 was an abject disaster?

Remember on December 31st, when all we had to deal with were fixed elections, kids in cages, and predators appointed to the Supreme Court—ah, the good ol’ carefree days of the previous decade.

This past December 31st, many of us crawled into New Year’s Eve exhausted and disheartened and thought, “Ok, we’d been though predatory politicians and toxic systems and corrupt legislation and human rights atrocities and acts of treason and presidential tweet tantrums and relational fractures, but 2020, is gonna be different—this is gonna be our year!”

Back then, we’d never have imagined that some soon-to-be revealed, seemingly benign health story in China would become bigger and closer than we dreamed; that it would go from a distant blip on our radar screens to a massive, horrifying eclipse blocking out everything.

Back then, even the most pessimistic among us probably never imagined we’d see life as we know it altered to such a degree, or that in June we’d still be in a suspended version of normal life, or that we’d have watched 115,000 die in 4 months, or that over 11 weeks, 42 million Americans would have filed for unemployment.

Not in our year.

On December 31st as we counted down the last dreadful seconds of 2019 with a hearty “Don’t let the door hit you, 2019”, we’d have been certain that if this kind of unfathomable natural disaster befell us in the coming months, that there would be no way this president would hide it or lie about it, and surely no possibility that he could make it partisan, right?

Then Trump said, “Hold my Corona.”

As we greeted the new year to the sounds of cheers and horns and glasses clinking, there’s certainly no way we’d have predicted that not wearing a mask in a pandemic could become a political statement, or that we’d see Bill Gates being blamed for a planetary health crisis, or that large groups of white people would storm capitol buildings with semi-automatic weapons because they wanted to get a haircut or go to the gym.

No sir, not in our year.

But at the very least, if a historic pandemic and the resulting economic disaster and national fractures did visit us, we’d certainly have imagined that would be all we’d have to have to deal with—that at least the Universe would ease up and we could concentrate on just grieving those losses and staying home.

If so, there could still be time to make this our year.

As December turned to January, we didn’t imagine that we’d soon read about a black woman in Louisville being murdered in her own bedroom in the middle of the night by unidentified police officers.
We couldn’t have imagined that we’d see a black man chased down the streets of South Georgia and executed in the road by two white vigilantes.
We didn’t think we’d have to watch a white police officer in Minneapolis kneeling on a black man’s neck and ignore his pleas for breath for 8 minutes and 46 seconds until he died.

And if these unthinkable nightmares were to come true in 2020, we wouldn’t have dreamt we’d see our white friends make property more important than people when the protests started, or watch a President advocate shooting looters or threatening vicious dogs, or gassing people for a photo op with a Bible he can’t even keep right-side up because he’s never seen one up close before—or suggesting that a 75-year old man pushed to ground and bleeding from the head while police walked over him, was an Antifia operative.

That couldn’t happen, could it?

Not in our year.

This has been an unparalleled, unrivaled, undisputed sh*tshow of Old Testament proportions, and the bad news, friends—is that 2020 is only halfway over.

But the really good news, is that 2020 is only halfway over.

Up until now, unless you’re a virus or a racist it hasn’t been.

It still can be.

Ever since the restrictions and the cancellations and the changes began (back before we used terms like social distancing, self-isolation, and flattening the curve), we’ve all been asking the same question:

“When will things be back to normal?”

I don’t know about you, but I don’t want normal—I’ve seen normal.

I think the terrible normal of the past four years is what’s weighing me down and weighing you down: the pattern of attrition, the repetition of grieving, the litany of loss.

That’s why 2020 can still be our year: despite how terrifying and draining and heartbreaking and grief-inducing it’s been.

If we pay attention to the acts of kindness and the collaborative work and the expressions of mutuality we’ve witnessed in the first half of this year in response to this virus, what more might we be capable of? How might we care for one another better? How can we be our brother and sister’s keeper?

If we looked at what we did over the past 14 days alone to confront our national legacy of racism and to collectively grieve the murders of black people and to demand accountability for those who dehumanize other human beings, imagine what we could do in a few months?

We have an election coming. On November 4th, we can wake up in a different America. We can feel the glorious abnormal of hope again. We can wake to the dawn of something else, to the beginning of a season that is marked by something other than this malevolence and cruelty and exclusion.

All the dangers to our health won’t suddenly evaporate, and everything we’ve discovered and lamented about our nation won’t magically disappear,  but the good people will be able to take a breath, because we won’t have to spend every waking moment trying to protect ourselves from our own government. We’ll be able to rest for a moment and then get about the work of crafting an America where every person is seen and heard and respected.

This can still be the year equality and diversity and love and justice and compassion bring a beautiful plot twist to a really long and incredibly sad story—and we can write it together. That opportunity is still in the windshield and not the rearview mirror.

Steady yourselves, good humans. The calendar is still unchanged, though we may not be. Justice is stirring and equality is breaking through the cracks.

Keep working and giving and caring and fighting.

It can still be our year.