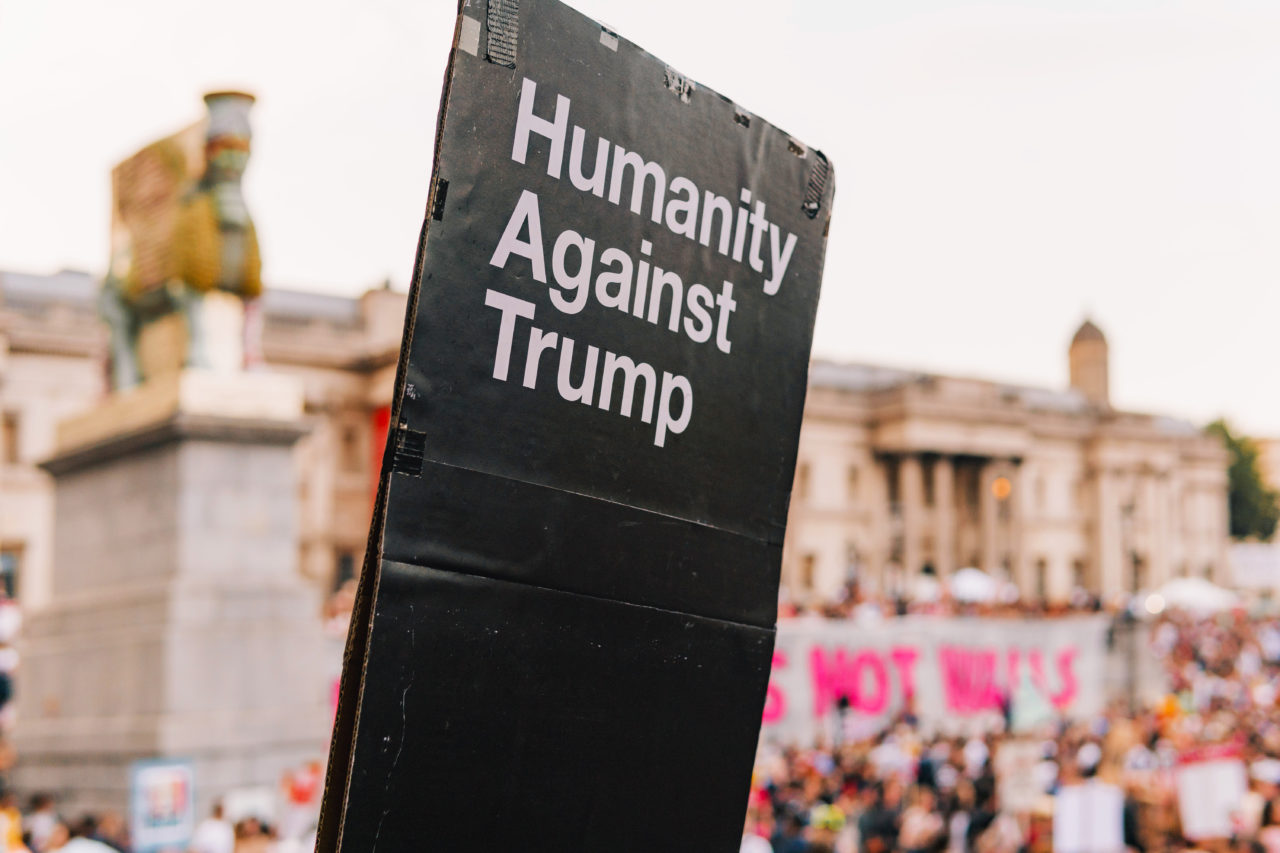 Republican friends, if I were in your shoes this wouldn’t be difficult.

The decision wouldn’t even be in question.

It would be a no-brainer.

You wouldn’t need to attempt to convince me or lobby my conscience or try and reach down into my humanity in order to alter my political allegiance.

You wouldn’t have to continually appeal to my professed religious tradition or my respect for the Constitution or to our shared humanity in order to move me to your side—as I’d have already tapped into these things myself and willingly joined you there.

If I’d been standing where you were standing in 2016, we’d never have ended up here. I wouldn’t have tolerated his words about women or his hostility toward outsiders or his KKK endorsement or his invocations to beat up rally protestors. Over the course of the campaign, there would have been a few hundred deal breakers in who he was and what he said and what he’d done, for me to ever choose him to represent me. The dots simply would never have connected.

And yet, if somehow back then I’d been caught in some perfect storm of fear, delusion, and bad information and had ushered him in—after what I’d have witnessed over the past four years (the corruption and the incompetence and the bigotry), I’d be standing alongside you right now in undoing my grievous error, because that error was harming both of us.

After everything I’d seen from him in the past few months alone, right now you’d know that I was your ally and not your adversary in this fight for the place we both call home. My love for you and for America would compel me to defend both of those things with equal vigor. You would feel safe in my presence because I’d have defended you from him, even if he was a Democrat.

I think that’s the most painful part of these days: not how fractured our nation is, not how hopelessly tribal every moment has become, not the prejudices being brazenly paraded around, not how openly ugly the discourse now is—it’s realizing how little people like me actually matter to people like you. It’s knowing that you’re willing to disconnect with me in order to remain tethered to him.

And this simply wouldn’t have been so for me.

I would never vote for a Democratic candidate who dehumanized Republicans the way Trump dehumanizes Democrats.

I wouldn’t have accepted him branding you the “Radical Right,” for your conscientious objection to his war on decency and poverty and diversity.

I’d never have tolerated the nasty nicknames or the incendiary language or the continual verbal assaults on you—for simply disagreeing with him.

As I watched someone like Donald Trump manufacture enmity and dispense stereotypes and invoke violence against you and your family, I’d have considered you and your family, and the work you’ve done in the world and the ways you’ve shown me goodness—and I’d have felt more allegiance to you than to him, whether he had a D or an R next to his name in the voting booth.

Getting the temporary high of a political win wouldn’t have been worth the compromises I had to make to get it, or the collateral damage to more than half the human beings who make their homes here. It wouldn’t have been compatible with my morality to hold a Trump to people’s heads like a loaded weapon.

I don’t expect you to believe me, but I know who I am and the way I live my life, and I can promise you that if this President had shown the contempt for you and the people you love that he has toward me and the people I love (not to mention to the planet and the rule of law and vulnerable communities), there’s no way in hell I’d give him a single day more to steer us all into the abyss.

Knowing that this isn’t true for you has created a wedge between us that will never be dismantled. It’s irreparably cut the ties that had connected us before 2016.

If you claim to love and respect me and people like me, but you’re going to vote for him in November—you’re lying to you or to me or to both of us and you’re going to have to come to terms with that. I am trying to.

I believe that if a person hates and willingly generates injury to half the country, they don’t deserve to lead it—and the fact that you don’t seem to feel that way is the source of the deepest sadness and most profound grieving of this moment.

If Trump were a Democrat I wouldn’t vote for him.

I love and respect you too much to do that to you.