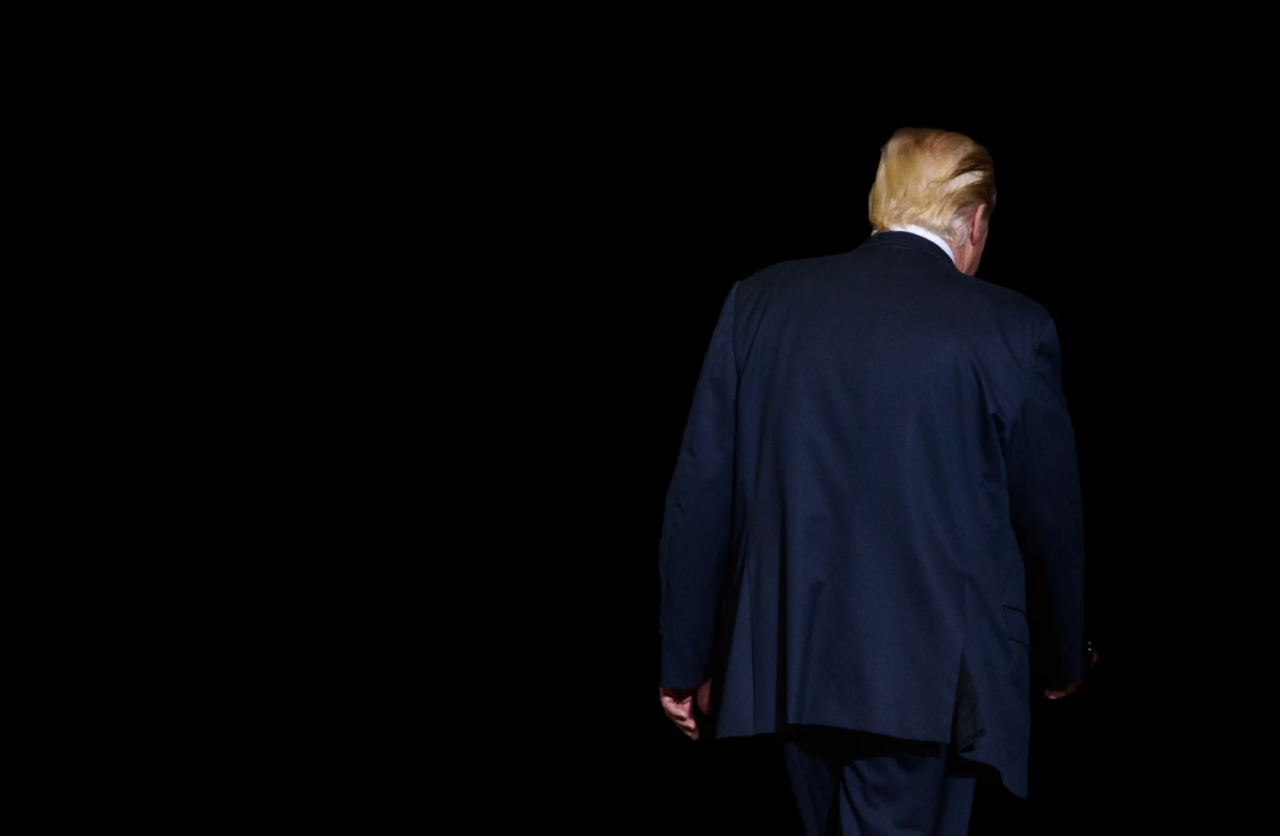 I wonder how much pain you’re willing to cause America.

Apparently, more than you already have.

It isn’t enough that you have spent every waking moment of the past four years manufacturing urgency for this nation, that you have continually appealed to the very worst nature of your followers; weaponizing them against their neighbors, friends, family members, and strangers.

It isn’t enough that you have perpetually trafficked in lies, when the truth would have been much simpler and much less fraught with suffering and sickness; that you were almost habitually allergic to honesty even when honesty would have greatly benefited you.

It isn’t enough that you have steadily stoked the fires of racism, that you have courted wild conspiracy, that you’ve never once taken the path of maturity, compassion, and sober judgment in stewarding this nation.

It isn’t enough that you have been so guilty of presidential malpractice, that you have inexplicably made a public health crisis a partisan event, allowing a quarter of a million Americans to die, many of them needlessly—one that you are currently simply ignoring.

And now, after all that, you’ve chosen to do something far worse as your swan song: to go to war with the very bedrock of this nation: a free and fair election by the people—simply because you cannot live with what they are telling you.

You are indicting a process that you spent months poisoning and polluting and sabotaging, when even those unprecedented efforts to create chaos and silence voters would not deter a record number of Americans from telling you that you are not worthy to lead them.

You are revealing your character in these moments.

But you are not a decent man by any measurement, and that is simply beyond your capacity. You are incapable of the elemental goodness that even the most malevolent people are eventually able to tap into when called upon by moments of gravity and consequence.

I should have known it would end this way.

This is who you have always been: a man lacking a single noble instinct or humane impulse; a completely parasitic presence who only takes from things it attaches itself to, leaving them less healthy and less viable than before.

Your ornamental America First rhetoric is burning up in the presence of your caustic conduct right now.

You have never loved this nation or cared for its people, because if you had and if you did, you would be an adult man and a true leader, and admit defeat and allow this nation to begin to heal and recover. Instead you incite violence and stir your unhinged base and speak reckless, incendiary lies that will only serve to injure more people and try and avoid your eventual departure.

And make no mistake, that departure is imminent.
You are leaving.
The American people have made that clear.
Every president before you has honored that.
And whether you like or not, you will, too.

It’s just really sad that you couldn’t take this moment and finally become a better version of yourself;
that instead of being a source of stability and strength for this disaster-battered nation, that you would make your final days here ones marked by unnecessary suffering and manufactured sorrow;
that in one more traitorous, belligerent salvo, you will assail the very heart of democracy in order to defend your brittle, fragile ego.

History is recording the truth: that you will have caused more injury to America and its people than any of the men who have served the office you hold and will shortly be removed from. You will have even done more destruction to our sovereignty and safety than any imagined foreign threat. That, you cannot spin or gaslight or lie your way out of.

Joe Biden is going to be our next president.

You will soon be leaving.

It’s simply a national tragedy that all the previous damage you’ve done and all the wounds you have inflicted on America and its people were not enough for you.