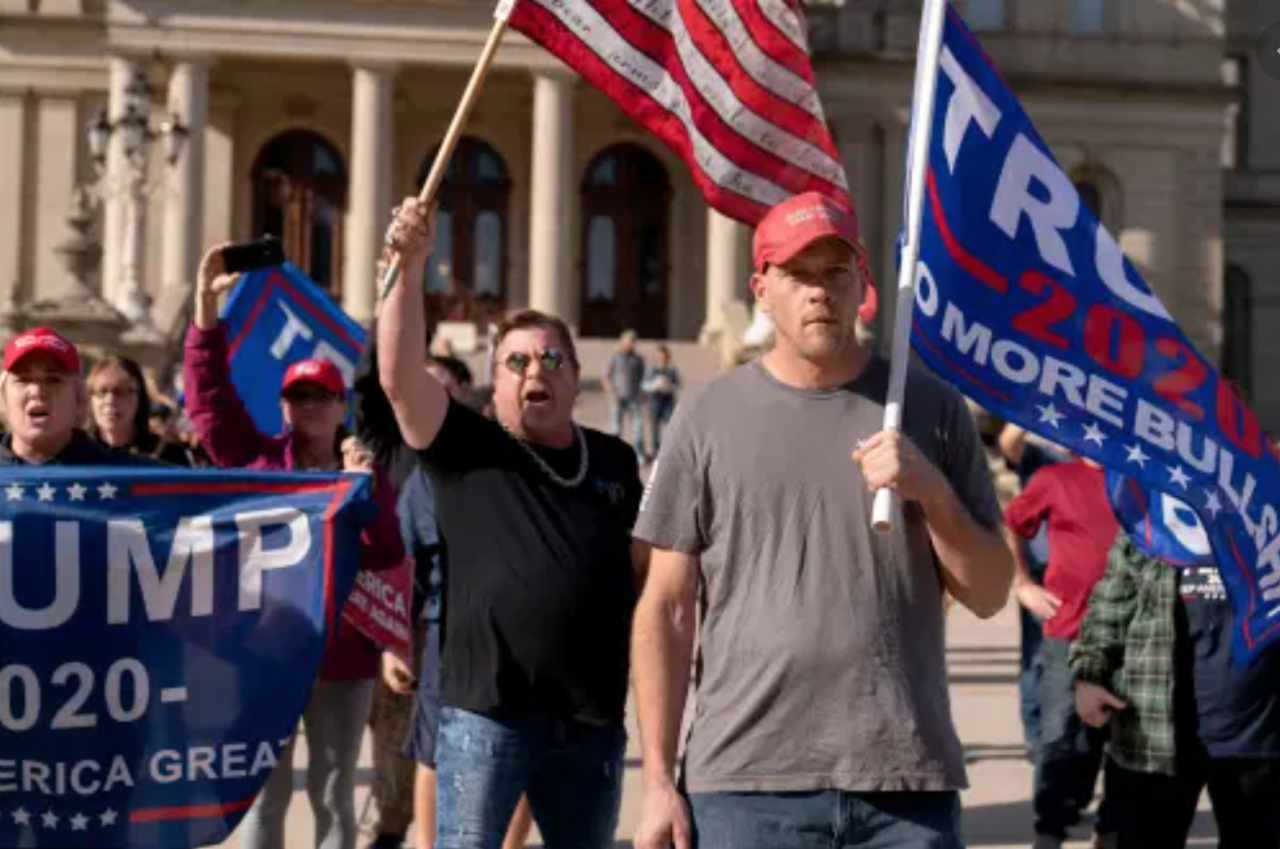 That’s the word I hear a lot right now.

In the wake of an election that is still being inexplicably contested by this president (one clearly won by President-Elect Joe Biden and Vice President-Elect Kamala Harris), I am being asked to show unity with his supporters; to extend some instant olive branch of understanding that magically bridges that cavernous gap between us—ones he revealed and is still actively cultivating.

I’m sorry, but that isn’t something I’m willing to offer unconditionally and without caveat.

We’ve been at this for five years.
It isn’t as though I haven’t been working tireless to understand and to reach these people; to appeal to their sense of decency, to illuminate the damage they are doing to oppressed and marginalized human beings and invite them into something more redemptive. They have chosen him again, and so I know quite a bit about them—which is why I am so aware that we do not have any meaningful points of affinity.

I am deeply invested in the work of building disparate community, in navigating differences, in seeing the inherent commonalities of our shared humanity. I have made that my life’s work for three decades as a pastor and activist—but there are limits to what this means.

Yes, I am burdened to bring diverse people together.

Yes, I am called by my faith to care for all human beings in my path.

And yes, I am compelled to really see them individually and to value their specific stories.

But I am not obligated to have unity with hateful people.

I am not morally bound to make peace with a heart that dehumanizes other human beings because of the color of their skin, their nation of origin, their gender, their orientation. And to have embraced Donald Trump now, is to unapologetically brandish such a polluted heart; to be actively perpetuating inequity and stoking division and manufacturing discrimination in this very moment.

I steadfastly refuse such an alliance. I am a loud, conscientious objector in their war against the world.

His movement is singularly focused on causing injury to vulnerable people—and to suddenly declare unity with his base, would be a betrayal of those who they consistently brutalize, both personally, collectively, and legislatively.

It would be a slap in the face to migrant children, to people of color, to LGBTQ human beings, to Muslims, to disabled people, to non-Christians, and to women—for me to suddenly allow the willing and joyous perpetrators of their wounds, proximity to me in the name of some ceremonial unity.

Racists and bigots see other human beings as less than human for an unchangeable part of who they are, and I will not descend into that. I can fully see their humanity and still call them out for thinking and speaking and acting inhumanely—and I can show them decency and simultaneously declare myself distinct from the malevolence they affirm and want to live with distance from them.

People of faith, morality, and conscience are not required to make peace with hatred.

They are not indebted to racism and bigotry and phobic violence.

The call to love our enemies does not necessitate abiding their enmity.

The only thing you owe violent people is to see and respect their humanity in ways they refuse for others.

But you are not required to see their hatred as acceptable.