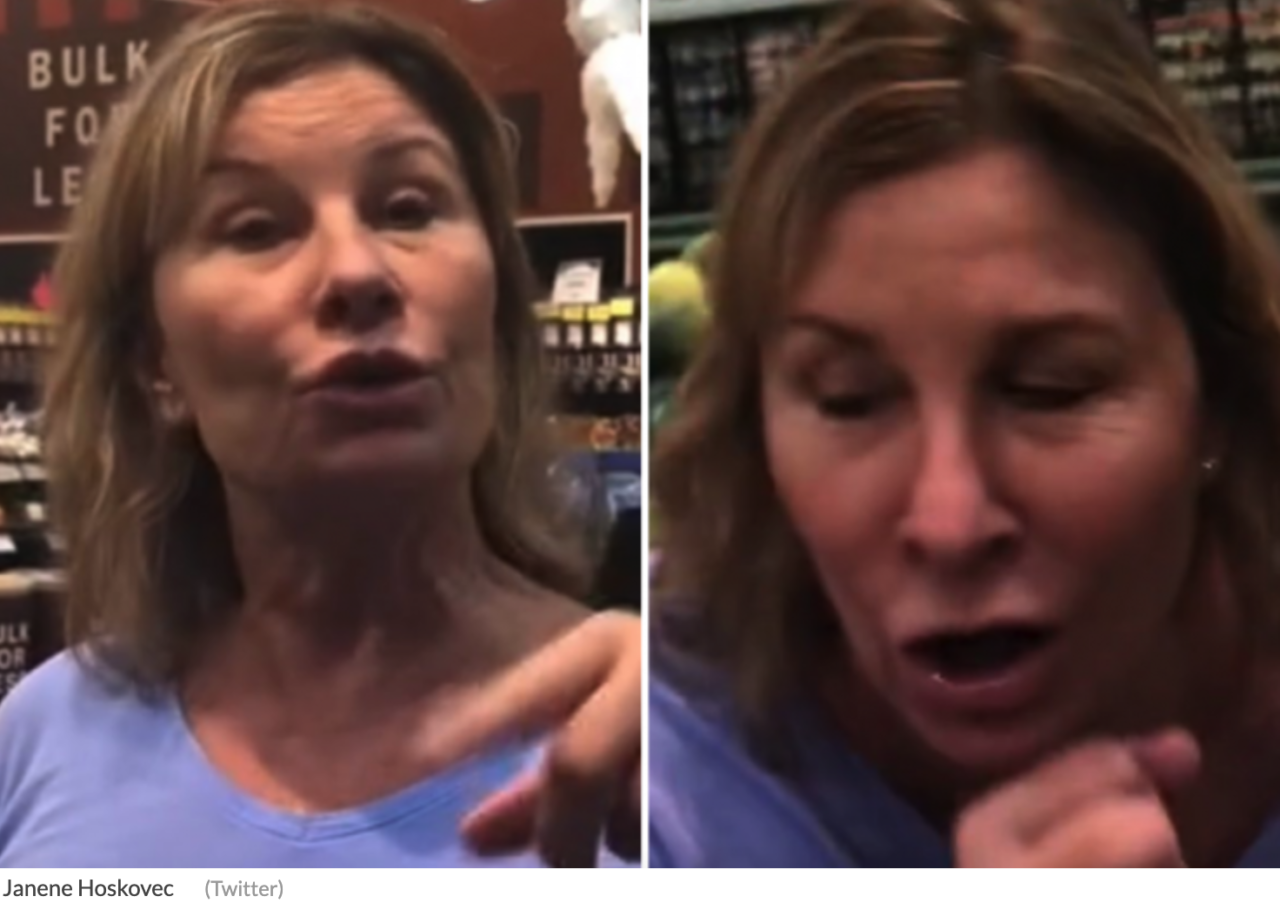 Yesterday, a video showed up on my timeline of a middle-aged white woman in a grocery store following another woman and her daughter around, intentionally coughing on them, smirking and spewing sarcastic nonsense about “having allergies” and attempting to deliver some bizarre gotcha anti-mask rebuke.

Her act of assault was pathetic and sad—and I wish I could say it was the worst thing on my newsfeed in that moment.

Directly underneath that, was video of hundreds of anti-maskers and anti-vaxxers protesting in front of a hospital in Texas (whose state has 100,000 new COVID cases a day) while inside, more people were taking their last, labored, lonely breaths.

Only an inch below that post, was a tweet from Ohio Representative Jim Jordan, with a video of 80,000 Wisconsin University Football fans, accompanied by the declaration that “real America” is over masking and distancing. It was punctuated with a non sequitur “God bless” for good measure. (Apparently, no one told Jim that we’ve lost this many Americans from COVID in the past month and half—or more likely, he does know and doesn’t give a damn.)

Within the span of one computer screen, three displays of unthinkable cruelty—three grief-worthy moments.

And I wish these stories were aberrations.

I wish they were at all unusual.

But they are commonplace, now.

In this iteration of our nation, the elemental decency that should define human beings is no longer a universal requirement. The base-level expectations of those we live in community alongside simply do not exist anymore. There is no standard anymore.

For so many people here, it is no longer just about a sharing a difference of opinion on an issue or about voicing opposing political ideologies or even about the expression of personal or religious freedom—it is about inflicting as much pain as I can to people who I know nothing about and who have done me no direct wrong.

This is the Trump Effect on America.

These open acts of viciousness can be traced directly back to November 8th, 2016.

Though certainly not created then or by the man, for the first time in America’s history the latent ugliness in people was revealed and validated and celebrated by a sitting president—it was officially normalized. And what we’re experiencing now; this staggering, insensitive posturing in the face of so many people’s suffering, is the late-ripening fruit of something that has been set into the bedrock of half our nation. It is the malicious entitlement that MAGA was designed to nurture from the beginning.

Without that man taking office, I do not believe for one moment that suburban woman is there stalking complete strangers in a produce section.

I don’t believe we’d have a defiant, conspiratorial crowd marching around a maxed-out ICU where so many people are at the precipice of death.

I don’t believe that one of the most high profile Republicans in the country would be giving a brazen social media middle finger to the 625,000 thousand Americans who have died in less than two years.

Without Trump, these things don’t occur. The selfishness and malevolence would still be present, but it would not be so joyously and openly wielded at strangers.

And not only these three larger examples, but them multiplied by tens of millions, trickling down from the headlines and trending stories and seeping into our dinner tables and neighborhoods and workplaces. This injurious hatred is there at school board meetings where mothers of teenagers mock a mask-wearing student. It is present in the neighborhood Facebook groups where people callously boast about refusing to be vaccinated, on posts about their neighbors dying. It is in the unprovoked profanity in parking lots hurled at masked couples who are immunocompromised and terrified of becoming sick.

The volume of these incessant acts of malevolence are wearing out decent people.

It is not a sustainable condition.

We cannot weather this wide-spread inhumanity.

This quickly metastasizing moral cancer is something we’ve never experienced on this level in our lifetimes and it’s something we’re going to have to reckon with regardless of the political outcomes of the next four years. If the former president somehow takes that office again, these stories will surely grow exponentially more violent and more commonplace, but either way, the ugliness is here now.

The Trump Effect on America, is that once reasonable, rational human beings whose prejudices, fears, and phobias were all bound by some baseline decorum and common courtesy that kept them from intentionally harming others—have been empowered to revel in the worst of themselves. They believe cruelty is their birthright.

I’m not sure where we go from here, but I know that this version of America isn’t worthy of our or anyone’s children inheriting.

We’re going to need more good people becoming louder about what is and isn’t within the bounds of civilized society.

We’re going to need to name what is unacceptable and to demand decency and safety for all of us.

We’re going to need to collectively hold on to our souls or there will be beautiful nothing left to leave after we’re gone.

We have to do better.

We need to reverse the Trump Effect on America.