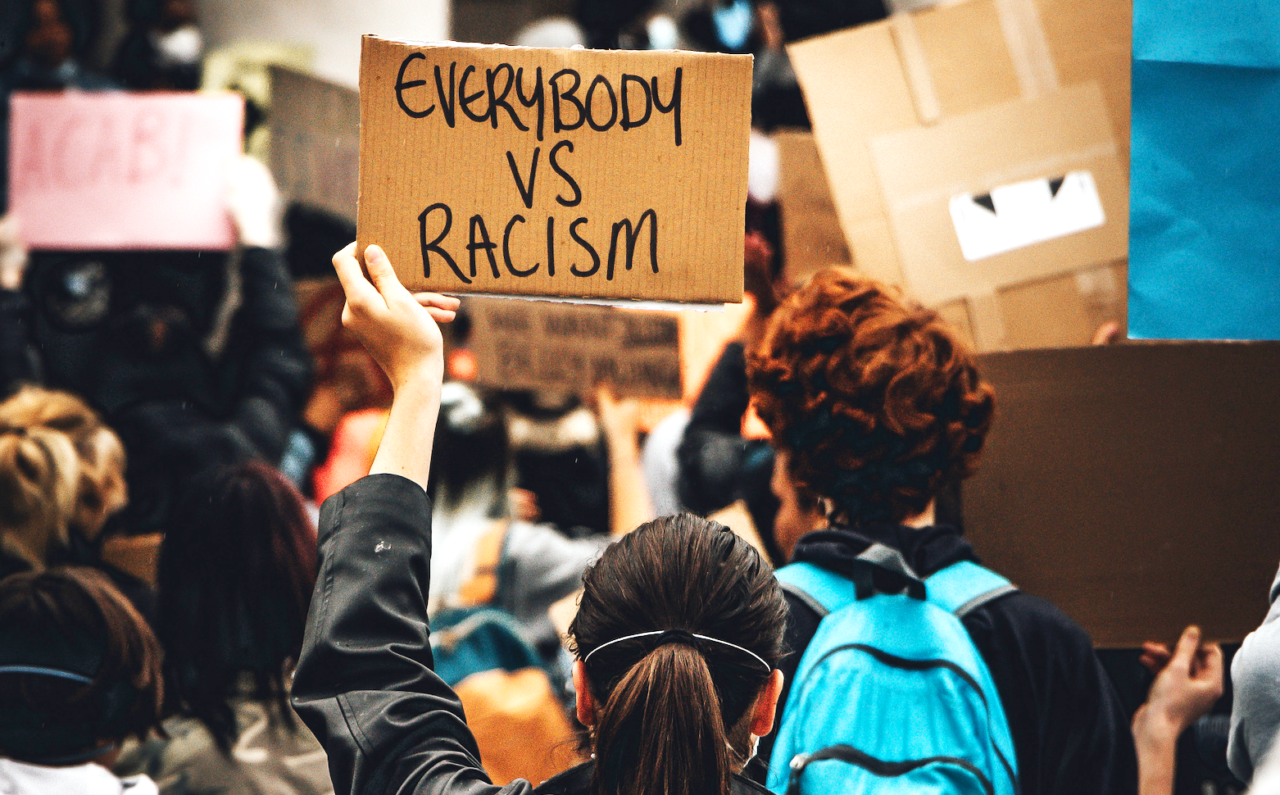 Tonight, I heard an NPR segment about how many white people in America are tired of being called racist for voting Republican.

The assembled pundits expounded eloquently about how “toxic” it is for them to constantly be bombarded with the assertion that their alignment with the GOP is based solely on white supremacy.

Further, they warned “activists on the Left” to be cautious about a corrosive political tactic that would surely drive these people deeper into solidarity with Donald Trump and his surrogates and ensure Republican victories in 2022 and 2024.

The conclusion of the conversation seemed to be that white people who voted for Trump a second time (even after his violent, predatory, disfigured four-year body of work) are tired of being labeled bigots and we should be nicer to them.

I am one of the 81 million Americans who voted for Joe Biden and in rejection of MAGA Republicanism and everything it stands for. I am both a person of faith and someone who considers themselves extremely patriotic—and do you know what I’m tired of?

I’m tired of white people supporting a political party incessantly working to keep people of color from voting and feigning outrage at the suggestion they may be racist.

I’m tired of a timeline, comment section, and inbox, littered with the most vile epithets and always knowing what voting block the authors belong to because they always tell me.

I’m tired of seeing people passionately defending a lawless vigilante like Kyle Rittenhouse, who executed people who were themselves protesting the unlawful assassination of an unarmed black man—and noticing they all share a similar pigmentation.

I’m tired of seeing the loudest, most violent opposition to racial equity in this country come from white people professing to love a dark-skinned, foreign Jesus and operating as if God is a white guy who was born in American, raised Christian, and votes Republican.

I’m tired of former church friends, neighbors, and family members hiding behind the flimsy facade of “economic insecurity” and “abortion”—to cover the reality that they are terrified of the shifting demographics of this nation and are willing to make the strangest bedfellows to stave them off.

I’m tired of seeing one political party legislatively assaulting vulnerable communities’ right to vote, healthcare, affordable housing, and comparable education—and of millions of white Americans trying to justify how they have been “driven to this” by activists and bloggers and the media, instead of just admitting they largely agree with the bigots.

White people in America, if you’re really tired of being called racists, maybe you can begin by clearly, unequivocally, and loudly divorcing yourself from the single most racist entity on the planet right now. That would be a great start.

If you’re truly offended at the assertion that you might be a white supremacist—ask yourself whether sharing a voting block with The Proud Boys, the KKK, Marjorie Taylor Greene, Madison Cawthorn, Paul Gosar, Lauren Boebert, Stephen Miller, Steve Bannon, and BlueLivesMatter is a convincing rebuttal or a strong case for the prosecution.

You are known by the company you keep, by the people you vote for, those you contribute to and elevate to public office and the highest courts of this nation. And if your self-righteous outrage at being labeled a racist is real, you’re going to need to explain how you can be someone who honestly treasures diversity—and stands alongside its greatest and fiercest adversaries.

If you really find the idea of racism objectionable and are committed to dismantling it:

Work to ensure voting rights for all Americans—and take note of those resisting them.

Stop attacking Critical Race Theory and begin actually finding out what it is.

Read a book about the realities of systemic racism, white privilege, and the human toll of discrimination written by people of color.

Participate in and publicize a march, rally, vigil, or awareness event that you know will cause turbulence with your circle of influence—and ask yourself why that’s a problem.

Volunteer with a nonprofit, ministry, or community organization in your city working on the front lines where marginalized communities facing the direct effects of the legislation you support.

In other words: learn, speak, work, give, and vote in a way that rattles people of privilege, that takes power from those who traffic in inequity, and threatens those most comfortable in systemic supremacy. Be willing to cross the aisle or leave a church or lose a friend to demonstrate just how opposed to this you are.

If you’re not willing to do those things, you’re just going to have to deal with the fallout and the pushback and the implications from the rest of us.

You may be tired of being called racist, white friends. The rest of us are tired of you partnering with racists and expecting us to be OK with it and to be silent about it.

I’m not OK with it and I’m not going to be silent about it.

If that offends you, that’s on you.