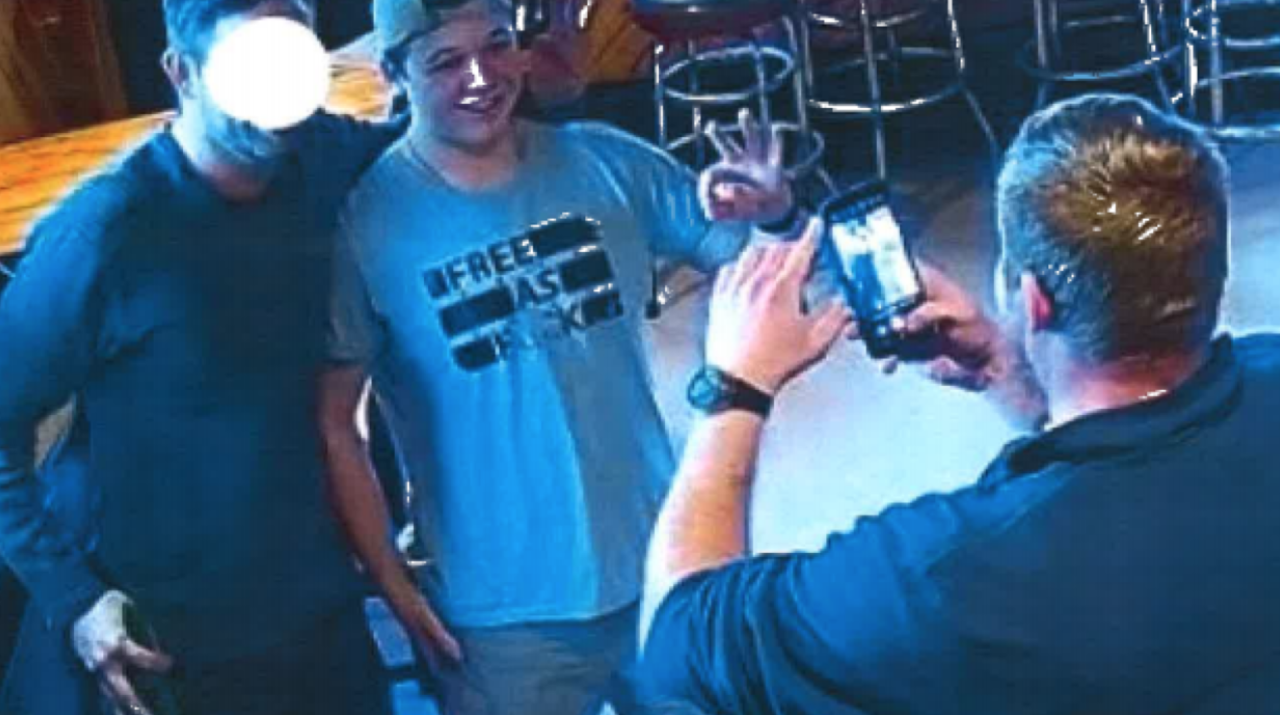 Yes, Kyle Rittenhouse has been on trial but so has white America.

And though the former may escape justice, the latter will not be so fortunate. The evidence against it cannot be as easily manipulated or arbitrarily dismissed.

In their breathless advocacy of the heavily-armed vigilante, over and over in comment sections, message boards, cable talk shows, workplace break rooms, and kitchen tables—white Americans have convincingly testified against themselves.

Rittenhouse’s defenders are a case study in how afflicted with privilege and infected with racism this nation still is, and the intellectual gymnastics white people will engage in to justify the violence of people who look and vote like them, and to devalue the lives of those who do not.

The cognitive dissonance on display has been staggering:

They contend that Rittenhouse felt threatened by a man wielding a (supposedly deadly) skateboard, but scoff at the notion anyone would have been terrified enough by a man with an AR-15 to want to disarm him.

They justify that his victims were “looters and rioters” and therefore deserved impulsive termination—while making a martyr of Ashli Babbitt, who died as she and thousands of insurrectionists pillaged the Capitol and assaulted police officers.

They claim self-defense for someone who drove to an incendiary situation with a military grade gun: a defense he would never have required had he simply stayed home.

They argue that Rittenhouse was justified in killing people in order to protect property, underscoring the very disregard for human life that his victims were present in Kenosha protesting to begin with.

Finding logic here is fruitless. There is no consistent, rational thread to their defense of Rittenhouse, because their gunlust and supremacy do not require such unimportant inconveniences and never have. The moment he repeatedly pulled the trigger in a volatile situation he inserted himself and a high-powered weapon into, Rittenhouse became a MAGA folk hero simply because he embodies them: entitled, violent, and believing himself judge, jury, and executioner. He has is an avatar for the white fragility they have been nestled and the power they imagine is their birthright.

While the teenager’s laughable sham of a trial overseen by an unhinged judge (whose behavior has been both morally inverted and/or mentally unstable) has been playing out—in Georgia another is taking place that highlights the glaring inconsistencies racism breeds:

Ahmaud Arbery was unarmed and killed in the street.
Kyle Rittenhouse killed two strangers in the street.
One is having his character assassinated posthumously, his shooters being painted as just good ol’ misguided Good Samaritans—and the other is being beatified by Conservative Americans as a heroic figure who did what was necessary to enforce the law.

The outcome of these legal decisions, as important as they are, will not tell the bigger, more alarming story here.

In their verdicts, yes—but as much in the conversations around them, these trials are exposing the brokenness of this nation, how insidious an addiction discrimination is, and the fictional stories people will tell themselves in order to consent to killing or evade accountability.

Rittenhouse and his acolytes cannot lose. If he is found guilty, he will become the poster boy for the perpetually-oppressed, righteous white freedom fighters they all imagine themselves as and giving the Republican party raw meat to throw to its rage-blind base approaching midterm elections. In the more likely case of his acquittal, he will empower and embolden a vast multitude of armed white people with cowboy delusions who feel accountability will never come.

It’s no surprise that not long after killing two strangers and wounding another, Kyle Rittenhouse brazenly posted for photos in a Wisconsin bar wearing a t-shirt that said “FREE AS F*CK.”

That is the nation he and his supporters want, one where they are free as f*ck to:
take the law into their own hands.
murder people in the name of protecting property.
police grocery stores and neighborhood streets and combustible situations.
assault Capitols and shoot joggers.
terrorize citizens in the name of making us safer.
do whatever they want to do, even if people have to die for them to do it.

Kyle Rittenhouse has been on trial but so has white America.