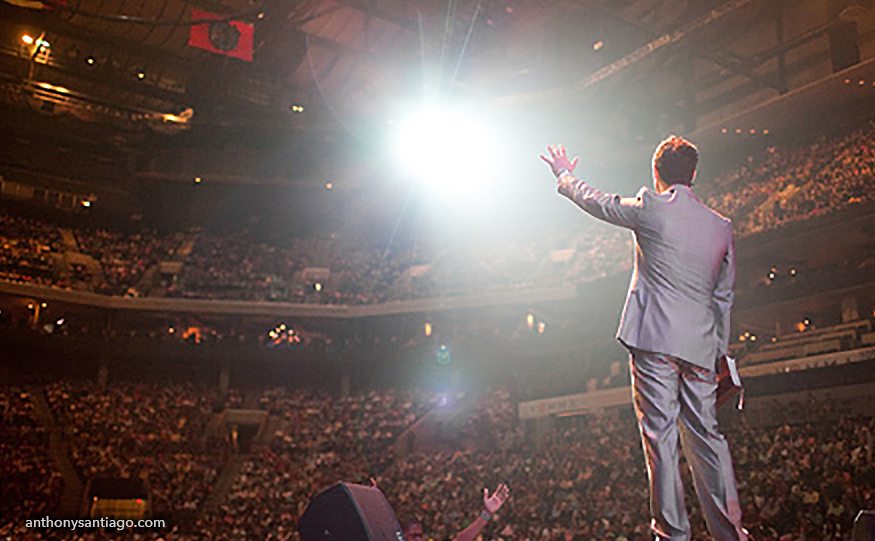 “We’re more popular than Jesus now; I don’t know which will go first — rock and roll or Christianity.”

These words were spoken in 1966, by Beatles member John Lennon. (Blogger’s note: For those under 30, please see here before proceeding).

Many Christians at the time were outraged, perfectly illustrating how to completely miss a point, as the singer/pop star/activist wasn’t claiming that his band was better than Jesus, but bigger; having a higher profile and greater influence in popular culture. (For those who were alive at the time, and whose hearing was permanently damaged by the ear-severing shrieks of young girls watching them, his statement only seems slightly like hyperbole).

Lennon certainly didn’t believe his popularity actually eclipsed Jesus’ but even if he did, the crazy thing is just how many could say the same thing today and put up a pretty good argument; singers, politicians, Reality TV stars; all hovering the rarefied air of demigods.

With technology allowing everyone to have their own Public Relations department, and with our seemingly insatiable desire to consume content of any quality, we see megasuperstars being manufactured every day. They acquire massive Twitter followers, generate the incomes of small countries, and impact fashion, politics and social justice causes with ease.

There are lots of these “little Gods” in our midst as believers; cultural idols who threaten to steal our attentions and affections, who campaign to take up our faith-space. That’s really nothing new as the Bible warns against this continually and clearly.

But most alarming of all, is that there is a new breed of worldwide pop star, whose power and influence daily competes for the hearts and devotion of Jesus followers throughout the world: The Celebrity Pastor.

The rise of massive megachurches and the influence of religious multimedia organizations, have made modern Christian Church culture the newest star machine; churning out a seemingly endlessly supply of overstyled, attractive, charismatic men and women of God, who are perfectly bred for mass consumption. They seem totally fine with soaking up the spotlight and getting the lion’s share of the glory, leaving Jesus as only a quiet, gracious runner-up.

These religious celebrities and their star-centered clubs are fairly easy to spot, once you know where to look:

– Their airbrushed photos clog every page of the church’s website, every bulletin and video release.
– They insulate themselves from their congregations, only appearing on the stage or in well-documented photo ops.
– They are unavailable and unreachable for the individual pastoral care needs of their people, interacting only with the crowd.
– Their church’s ministries and worship services all begin to look like promotional events for their latest book deal or speaking tour.

And yet, it’s really not ultimately their fault. For as much ambition or adulation or attention as these pastors may or may not start out chasing after, there’s really no one to blame but ourselves for giving it to them, and for building their brands so they can keep it.

– We see entire churches built entirely upon a personality cult, with pastors spoken of in hushed, reverent tones, as if they were vying for a spot in the Trinity itself.
–  People reTweet their latest 140-character morsels, but rarely if ever quote Jesus himself.
– They give fawning Facebook shout-outs, and send out gushy, public “thank you’s” to the pastors, which feel more like fan letters, than responses to ministry.
– They devour books and blogs with their pastor’s interpretations of the Bible but rarely feel compelled to crack it open for themselves.

Having been a pastor for 17 years and getting to be with, around, and close to hundreds of professional Christians, I can tell you that no matter how wise, talented, God-loving, and visionary they might be, they’re all as equally flawed and messy as anyone in their congregations. Each of them are ministering amidst the constant, incredible tension, between serving a Savior and being seen as one.

And none of them, not a one, deserves the heart space that was intended for God.

They all, we all struggle to take any attention and accolades we receive and not absorb them, but rather pass them on to their proper place. We need you, in our congregations to help us.

The greatest advice I ever got on this mater was from a mentor and former Senior Pastor, who very early in my ministry life said to me, “I have two pieces of good news. The first, is that there is a Savior. The second, is that you’re not Him.” I try to remember that every day with varying degrees of failure.

Today, you might want to write or Tweet your pastor and tell them, even publicly, that you love them for who they are, but also remind them that you know Who they are not.

It’s a wonderful, beautiful thing when you care for, acknowledge, and affirm those in leadership in the Church. It’s a kind, Biblical response to the blessing you receive from another’s efforts and sacrifice, but maybe the greatest gift you can give a high-profile pastor is to remind him or her, that earthly position does not necessarily reflect personal value, and that a public platform doesn’t ever elevate the shepherd above the flock.

Friends, love your pastors, respect your pastors (even get them cool superhero stuff for Christmas), but please don’t worship your pastors. It’s a bad idea for both you—and them.

Don’t let your pastor get bigger than Jesus.

33 thoughts on “When Your Pastor Is Bigger Than Jesus”