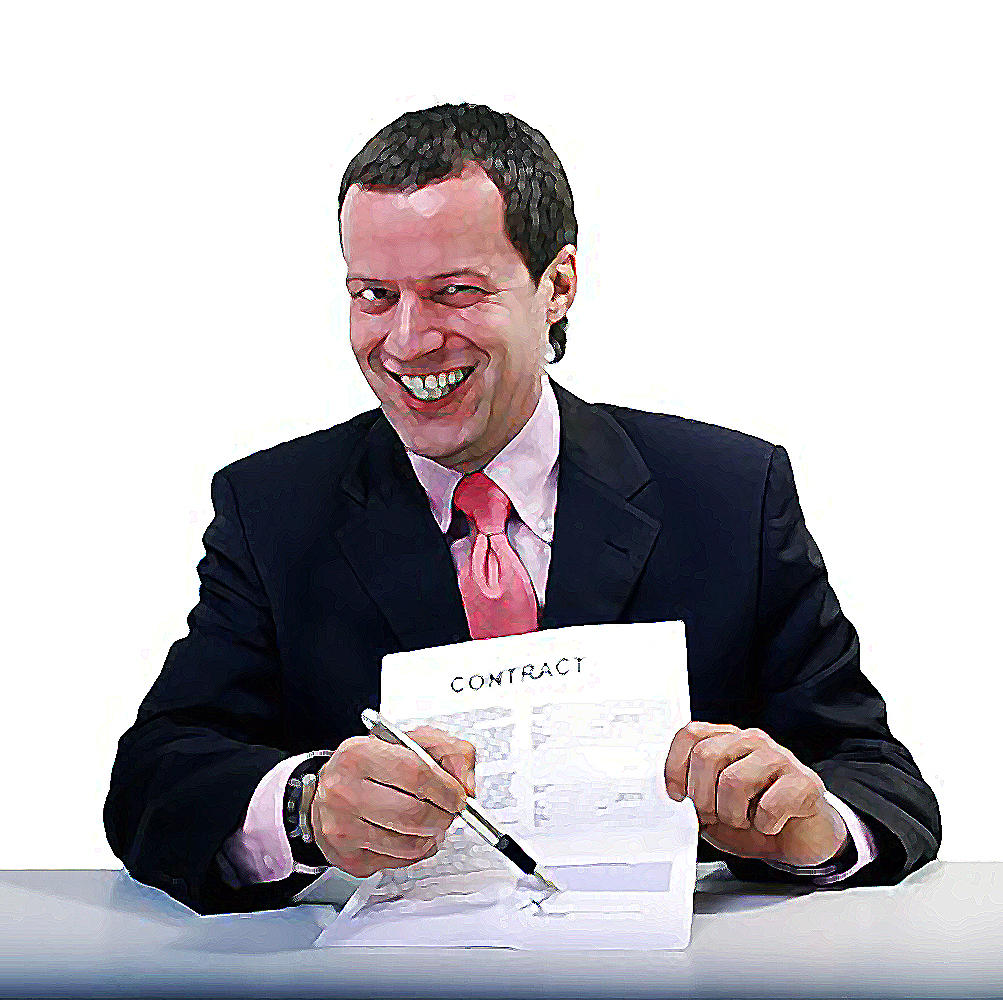 Regardless of your economic level, life stage, or personality type, buying a car is a fairly universally loathed experience. (My apologies to my beloved salesperson friends out there, but that’s the truth).

The thing people hate the most, is the idea that they’re getting sold from the second they walk in the door. The lobby, the signage, the music playing, the layout of the building, the folksy banter, and the fast talk are all designed for one purpose: closing the deal.

The salespeople, as honest or sincere as they may be all have a clearly defined objective. They want to make you feel your urgent, pressing need for what they have, and to get you under contract before you walk out the door—and they’ll say and do just about anything to make that happen.

It’s an art form, really. These people have done their homework and they know what they’re doing. Their business is to build relationship, to engender trust, and to get the dotted line signed. They know how to manipulate your emotions, how to overcome the obstacles you may place in their path, and they understand the power that words have in convincing people to say “yes”, even when their minds are still at a soft “maybe”.

Their object is securing your “yes”.

Most people don’t walk into churches thinking they’re being sold too, but often they are. Just as for the car dealership there is an agenda, there is a product, and there is a clear objective: closing the deal.

Most of our modern megachurches are all designed toward this end.

The plush lobbies and gorgeous open spaces are crafted to provide maximize comfort, to disarm apprehension, and to radiate friendliness. The worship spaces, with plush seating and state of the art production facilities, are tailor-made for dramatic, satisfying, beautifully lit, well-choreographed entertainment experiences.

Every single facet of the church campus; from parking lot signs, to bathroom amenities, to check-in kiosks, to childcare environments, is meticulously poured over, studied, analyzed, and often designed by a team of experts, who know how people move and how their minds work.

And for far too many Christian churches, it’s all done for one reason: to facilitate an easy, predictable, immediate “yes” to Jesus.

You may be thinking, “Well, they’re churches. Isn’t that the point? Isn’t that what they’re supposed to do?”

Not exactly. That’s not quite the Church as it was supposed to be.

Before the Church was ever an institution, before it was a massive entertainment compound, before it was a weekend mountaintop destination, it was a community; one whose lifeblood was true relationships. The idea in those early days, was to live together, to bear one another’s burdens, and to work out together, how the words and ministry of Jesus translated into the lives of those who sought to follow after him.

They came together daily to share stories, to break bread, and to encourage one another. “Church” was the bi-product of Christians living together and knowing each other.

At first glance, that would seem to be what the average Sunday worship gathering seeks to replicate. However if you dig a little deeper; beneath the coffee bars and book stores and rock band sets, you’ll find that far too often everything; the lobby, the lights, the music, the videos, are all leading to one moment, all setting the stage for the “big ask”.

That ask, invariably involves a well-trained, smart, charismatic individual, taking a spotlight and a stage to deliver a convincing message designed to stoke the fires of urgency, to highlight immediate need, and to make the emotional case for a now decision. (Just as with cars, if people leave without “signing-up” with Jesus, the odds drop dramatically that they will come back).

Is there anything wrong with people in Christian ministry wanting others to come to know Jesus? Of course not. But it’s that knowing part, that so often gets removed in the modern church worship experience. We sacrifice depth of teaching for a swift sale.

The problem here, is often the same problem when a dealership hard-sells customers with a slick car sales pitch. In those carefully controlled, well-orchestrated circumstances, people are vulnerable to being emotionally manipulated and mentally coerced into saying yes, without really knowing what they’re signing up for, and before they really are ready to.

So many pastors and church leaders see this all as a simple spiritual transaction: Respond to the altar call. Recite the prayer to Jesus. Sign on the dotted line. Deal closed.

As a result, megachurches are becoming well-oiled “salvation machines”, which only gauge success numerically by attendance and decisions and baptisms; the same way dealerships use new deals and commissions stats. Just check out the Twitter feeds of many of the pastors of the nation’s largest churches on Monday mornings. They may as well be reporting quarterly sales figures.

But this is about much more than just 72 payments and a couple of tons of steel.

This is about life; about surrender and devotion, and the choice to enter into a commitment affecting every minute corner of who you are. It’s the most important decision that anyone can ever make; and maybe, just maybe it wasn’t designed to be made in a few minutes in a packed arena, with a wall of sound and rows of lights washing over you.

Maybe it’s the kind of decision that needs to be made in a quiet, starkly lit, sober moment; without fanfare and bombast, without applause or acclaim, without video screens and souvenir t-shirts.

I think that’s why the early Church yielded such strong people of faith. They lived life together and followed together in the messy, naked ordinary of life. Belief was about awakening to a reality they were experiencing in community, not a flashy pitch they were getting from a virtual stranger.

I think we in the Church should absolutely still sell what we believe people need, and do so with creativity, care, and excellence. But I also think we should take our time, and trust God enough to let people walk out of the building, and (as Jesus instructs) really consider the cost of what they’re buying.

If someone leaves a car dealership with buyer’s remorse, the damage can last a while.

If they leave a church with it, the damage can last a lifetime, maybe more.

53 thoughts on ““What Do I Have To Do To Get You Into A Relationship With Jesus?” (Selling Christ In The Evangelical Megachurch)”