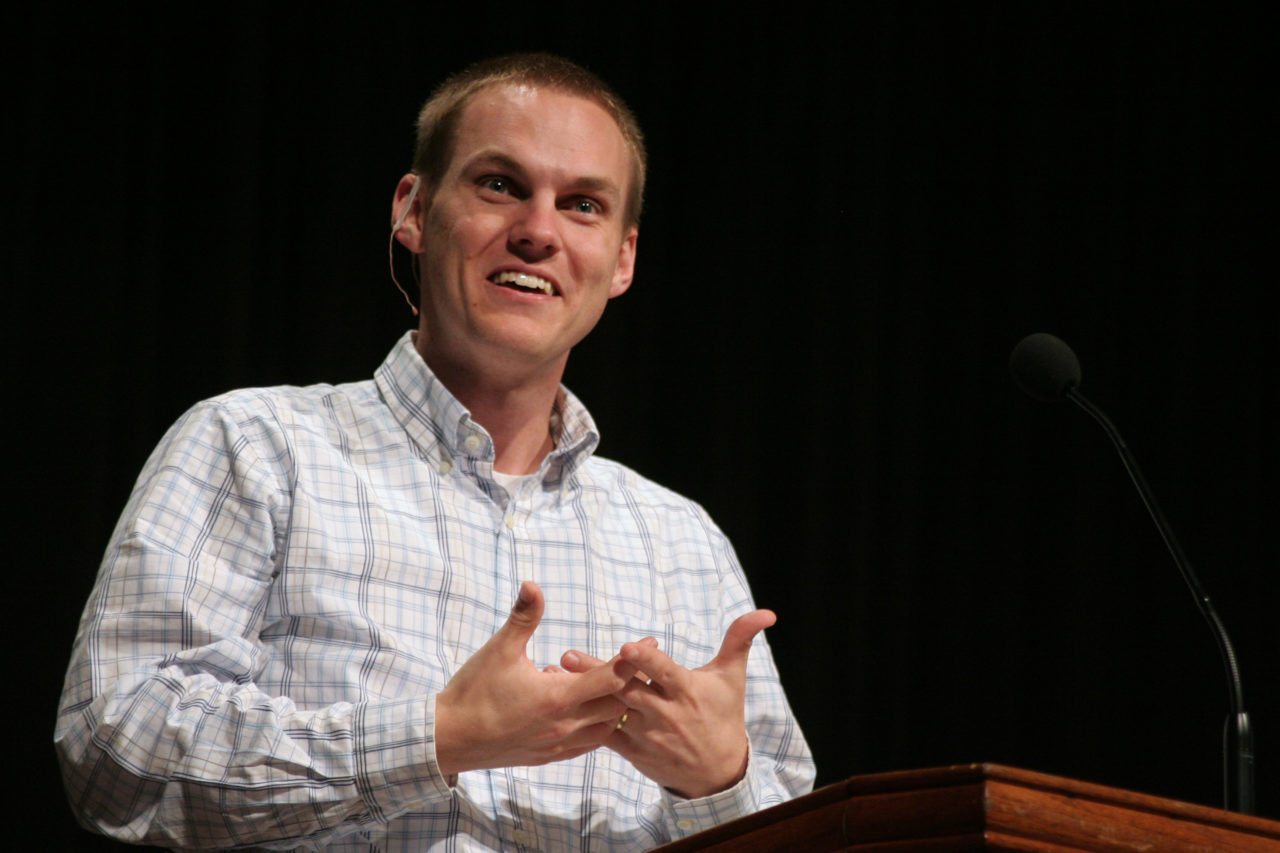 This week a friend shared this video on her timeline. It features well-known pastor and author David Platt speaking about a recent preaching trip to India.

Though not at all unique in its content, falling in line with a fairly modern orthodox Evangelical worldview, the video succinctly sums up so much of what I and so many others resist in current Evangelical Christianity.

Platt seems to believe that “597 million people in Northern India will go to Hell” if he doesn’t convince them to say a magic prayer to get God to not be angry with them; that if he does nothing and they do nothing and a measurable decision for Jesus is not engineered, that they are all doomed to burn for eternity.

In other words, Platt in this way, has placed the forever destination of millions of souls squarely upon his and his brethren’s shoulders. (Yes, Jesus saves, but not without their help.)

At first the pastor confesses briefly questioning whether such an evaluation of the souls of complete strangers isn’t the very height of arrogance, but then assures himself and those working for him that not only is it not arrogant, but that silence itself would be the most prideful and unloving stance to take.

I wish he would have spent some more time assessing his initial concerns, because I think he was on to something.

We who claim Christianity need to take a good, hard look at a theology that is this confident of and comfortable with assessing the moral condition of masses of people with almost no understanding of their lives, other than they haven’t said the secret Sunday School word.

Yes, that’s what many of us learned in youth group, but do we really believe that this is the nature of God: that these hundreds of millions of Indians (and billions more around the world like them) are lost causes unless they appease God’s anger at them; an anger generated simply because they are objectionable to Him due to some sinfulness they inherited at their conception?

Is it our main confession of faith, that Sin is a birth defect that God allows and then holds against us, but can be persuaded otherwise if we only apologize for said birth defect? Is this really the best good news Platt and his tribe has for the world? More importantly, is this what we must agree to in order to be a card-carrying Christians in good standing? (I’m asking for a friend.)

If in fact (as he alleges) God has such contempt for the sin of the unsaved multitudes around the world, what kind of character does he ascribe to that God, who would put the onus of revealing this sole and specific Hell escape clause, on (largely white, male) preachers and pastors and evangelists?

If God so loves the world, isn’t God capable of speaking to that world without needing to pass words through our lips? Is God’s work on the planet and within people confined to what we deliver and sanction and allow? I sure hope not.

The arrogance in this Evangelical approach isn’t just that it allows flawed, failing men to speak exclusively for God (certainly somewhat arrogant in itself), but more so in the way it dispenses drive-by damnation upon the masses; how it claims to know in an instant and from a great distance, the moral condition of another human being, and to pass sentence accordingly.

We can disagree upon and debate what Jesus did or didn’t say in the Scriptures, and about just what salvation is or how it works or is received. We can talk about whether or not the Sinner’s Prayer is actually Biblical or exactly what Jesus was inviting people to in the Gospel biographies when he said “Follow me.” We can go round and round about the Biblical arguments for and against the reality of a literal Hell or about the mysteries of the Afterlife.

We will and we should engage in all of these things, and yet if we do so without an unrelenting humility that questions itself again and again, we are in danger of becoming God ourselves; of believing we alone have cracked the code, that we own the Truth and we’ve determined exactly how it is received and rejected.

I have no doubt in David Platt’s authenticity.

I believe he sincerely believes this to be the nature of God and that because of that, silence for him is the greatest cruelty. I don’t think he is conning anyone or pulling a fast one or selling snake oil, and I believe he is genuine in his fears that certain Hell is waiting for those in Northern India and elsewhere whom he doesn’t reach—I just do not agree with him.

More and more I can’t help but feel a gravitational pull away from the kind of rigid, self-assured religion Platt professes and practices.

And in all these things, I hope I am moving closer and closer to the very heart of God.

In these matters I don’t believe either silence or speech are patently arrogant, but practicing either without the belief that one could always be less than fully correct—is the height of arrogance.

222 thoughts on “The Arrogance of Evangelical Evangelism”