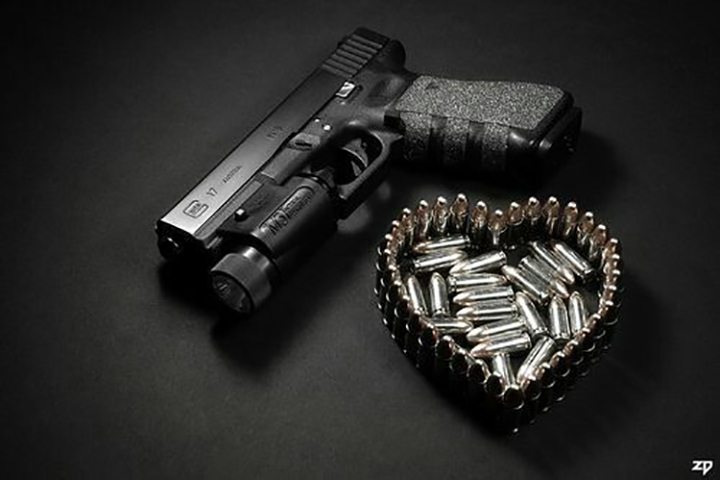 Well, another month here in the Land of the Free. That means another mass shooting and another round of funerals for our brothers and sisters taken in the middle of radiant, beautiful lives. And once again, all gun apologists can offer grieving families are three words to compound their pain; three words certain to do little to comfort them, and even less to ensure more families won’t soon be standing in the horrible shoes they’re standing right now.

It’s the social media cliché du jour from those wishing to appear moved without actually moving, those who want to feel good about feeling bad without any real response. Most often those who champion guns over people don’t extend gestures like this to comfort victims’ families, they do it to publicly relieve themselves of culpability. They do it because that’s a heck of a lot easier than just about anything else. They do it because that’s all the think they’re required to do.

These folks offer “thoughts and prayers” after a mass murder, as if that has been their only option all along, as if they can offer nothing else now.

They offer “thoughts and prayers” as if God is somehow responsible for:
easy access to assault weapons,
the NRA perpetuating a Wild West, cowboy gun culture,
churches still incubating fear of and disdain for gays and Muslims and people of color,
a deep-pocketed gun lobby that has infiltrated our political process.
a supposedly “Christian nation” that spends four times more to arm its military than to teach its children.

Apparently these are all outside of their influence or alteration. Nothing to change or dig deeper into or talk about. They just throw up their hands and pass the bloody buck to God while feeling exonerated from any blame.

I’m a Christian and a pastor and I’ve had it with their “thoughts and prayers”, and I imagine the families burying their children this week are too.

Thinking about people is all well and good and prayer certainly won’t hurt them—but these things aren’t particularly helpful either if you do nothing else.

They won’t take weapons from the hands of terrorists and prior offenders and the mentally ill. They won’t make a single street safer.

They certainly won’t raise the dead.

They won’t give the families of those murdered by gun violence, more birthdays and Christmases and graduations.

They won’t prevent the next mass shooting either.

But gun apologists, do you know what might help, instead of your abundant but rather worthless “thoughts and prayers”?

– Getting off your rear end and doing something to make guns less plentiful and less easy to buy.
– Taking a stand in your church for the inherent value of the LGBTQ community.
– Demanding that law enforcement officers who disregard the humanity of people of color are removed and prosecuted.
– Supporting Muslims and ensuring they have the same right to express faith that you have.
– Telling the NRA that they are not only part of this violence, but they are manufacturing and profiting from it.
– Condemning the hateful rhetoric of preachers and evangelists who use dead people as a soap box to stand upon to dispense further damnation upon the gay community.
– Calling out racism and homophobia and Islamophobia in your church, your political party, your home—and your heart.
– Voting for candidates committed to protecting all life, not just those they deem worth protecting.
– Denouncing bullying “eye for an eye” Christianity that makes violence seem noble or admirable or holy.

If all you’re going to offer in the face of this kind of repeated carnage are “thoughts and prayers”, people will continue to die and you will be an accessory. You can think and pray all you want, but until you actually move, you’ll be part of this.

Don’t just leave this in the hands of God. God has given you hands too.

God has given you life and this place and time, and maybe God is asking you to do something to affirm life right now.

Maybe God wants you to be the answer to the prayer.

Think and pray about that.

As of this writing, I just read a thoughtful and moving piece by C.J. Prince that says this far more beautifully than I could, and from the perspective of the LGBTQ community. Please read her words!

80 thoughts on “Gun Apologists, Save Your “Thoughts and Prayers””