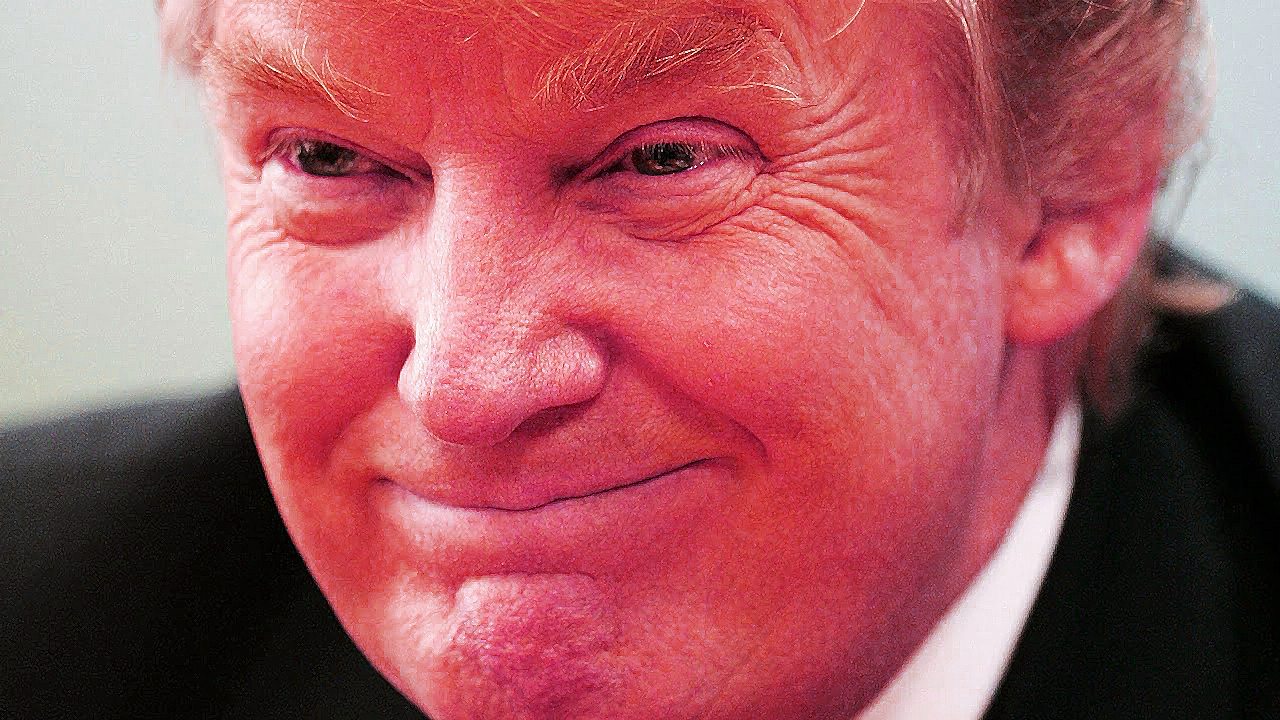 Two years ago, according to a roomful of dewy-eyed pastors and fawning televangelists who met behind closed doors with GOP Presidential candidate Donald Trump, he accepted Jesus Christ as his Lord and Savior and is apparently now suitable for Christians and church leaders to fully and passionately support.

Never mind that Trump has made no such claims himself, nor given any indication by word or deed that would lead anyone to believe such outrageous proclamations. And disregard Trump’s growing legacy of ignorant rants against Muslims, Mexicans, women, immigrants, and almost any groups who aren’t wealthy or white—or both.

(In other completely unrelated news, unsubstantiated reports say he will also soon come out as a gay, undocumented Latina to make sure he covers all the bases.)

As a Christian and a pastor, it’s all been equally fascinating and infuriating watching supposed men and women (well, mostly men) of God engage in all sorts of embarrassing theological gymnastics to try and connect the most convoluted and disparate of dots in order to justify hitching their ministries to Trump’s toxic wagon. Some even went as far as to bring up famously flawed heroes of Scripture, as if he will actually be God’s anointed, imperfect tool of salvation. (Well, God did apparently use the jawbone of an ass before, so I guess there is precedent).

This is a revelatory moment for we who claim Christianity, one that crystallizes how much Falwell, Dobson and the rest of these folks have lost the plot and how faithfully they now serve only themselves.

It turns out, when it comes to power grabs, the Evangelical Right will go to bed with just about anybody. They’re that easy. As things got late and the Presidential Hopeful Club thinned down to only one seedy, sketchy guy, religious leaders frantically threw themselves at him in hopes of bagging a four-year roll in the hay.

The truth is, Donald Trump is a fairly horrible human being if you’re going to use any measurement of morality. He’s neither done nor said anything that one could categorize as remotely resembling Jesus. Lots of smart people understand this. But this isn’t about him. He’s doing what most of us expect him to do: try and court a valuable and much-needed voting block without self-awareness, shame, or decency. This isn’t a surprise.

He is vanity and ego and greed and bitterness and bullying—and about as unlike Christ as you’ll find. But again, this isn’t about him. He is being who he’s always been.

No, this about supposed representatives of Jesus whoring themselves out just to have the President’s ear and pretending it’s the work of God. It’s about discarding faith to keep power in their party. It’s about a Christianity that no longer has need or use for Jesus. They themselves are the bloated golden calf they’re bowing down to and Trump is just a means to this end—and it’s exactly what is killing the Church.

Every day people tell me that they’re finished with organized Christianity; that they’re walking away from the American Church for good, and it isn’t because of gays or cultural decay or materialism or lust or whatever these preachers like to lift while in the pulpit. These millions of honest, wise (and yes faithful) people are making their exodus because they see Dobson and Falwell and people like them and they realize the absolute absurdity of it all.

They see that to align oneself with Donald Trump in the name of “shared faith”, is the same as a vegan going into business with Burger King. It’s all dissonance. It’s a compete disconnect undermining the very bedrock of their core beliefs, and so they’re choosing to leave instead of being associated with such a blatant powerlust move. They’ve run out of patience with a spirituality that’s for sale. They’re through with a Christianity that only needs to win.

And I’m right with them.

One of the most startling ironies, is that these are the same self-professed “defenders of the faith”, who for the last eight years have ruthlessly persecuted a President who has not only repeatedly professed personal spirituality, but whose conduct, marriage, and family are everything they claim they’re for. This was never good enough for them to support or pray for him—or even call him a Christian. Yet Donald Trump, in all his philandering, materialistic, racist, bigoted, misogynist glory is somehow worthy of reverence because somewhere deep down (in a way that only these leaders see), he loves Jesus. If you believe that I have some swamp land in Alabama for you.

Dobson says that he will “vouch for Trump” that his conversion is genuine and that he is in fact a Godly man. I want to know who’s going to vouch for Dobson and his brethren, because their credibility isn’t sterling right now. As charter witnesses they’re rather laughable.

If Trump’s version of Christianity is the hateful, politicized, bullying, opportunist variety these Right Evangelical extremists have been living for the past few decades—I’ll pass.

Meanwhile, those of us who understand that a life devoted to Jesus is about serving the hurting, lifting the marginalized, shunning power, and welcoming the outsider, will continue seek a spiritual path that doesn’t have anything in common with these religious folks, even if it leads us all away from the American Church. Whatever this thing now is, we know it’s not of Jesus and it’s not worth perpetuating. We won’t make idols of the very kind of person our faith warns us not to become. We will not sleep with the enemy even if he leads us to the highest cliff and says we can have the world.

Now that Donald Trump is the President, Dobson and those with him are going to need to look in the mirror and repeat the question Jesus asked of his disciples: “What will it profit a man if he gains the world but loses his soul?”

These Evangelicals are making their bed right now, and it’s costing them everything to lie in it.

Morning is going to be rough.

294 thoughts on “The Christian Right Sleeping With the Enemy”