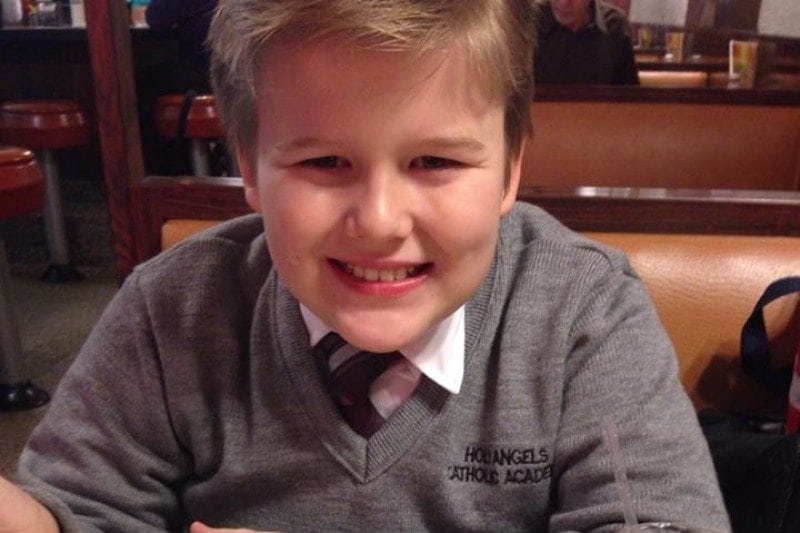 Five boys pushed the 13-year old to believe that his only option was to hang himself in his attic.

Five boys drove the will to live right out of his young heart.

Five boys robbed Danny’s parents of school dances and driving lessons and graduations, and a lifetime watching their son grow and learn and love and be loved.

Five boys cheated the world out of his sweet presence.

Five boys killed this one boy.

And as a father, the question I want the answer to right now is: Where were the parents of those five boys?

What were they doing while Danny was slowly being destroyed by their sons?

This didn’t happen in a day. It wasn’t a single, horrible moment. This wasn’t a tragic aberration that exploded in an instant. This was a brutally violent pattern repeated over time. There was a long trail to be found.

I wonder how they missed it.

Were they so emotionally distant that they weren’t aware of the kind of children they were raising?

Were they so disconnected that they were oblivious to the kind of meanness their children were capable of manufacturing?

Did they see these things and dismiss what they saw as some normal, harmless, male “boys will be boys” rite of passage?

Or did they teach them how to be cruel?

Bullies never grow in a vacuum. They are almost always created by other bullies.

They learn how to be mean by watching other mean people. They see the pain they inflict on others or the kind visited upon them—and they can’t help but imitate it.

They either subject people to the kind of suffering they’ve endured—or they emulate other hateful people believing them to be normal.

Bullies either repeat the horrors they’ve walked through by making others walk through them, or they follow the horrible path in front of them.

I don’t know the parents of these boys. I can’t speak to whether they helped directly shape their sons into bullies by their behavior or whether they failed to see and stop the bullies their sons had become—but one or the other is likely true.

As moms and dads, our job is to steward the hearts of our kids; to nurture benevolence in them, to foster compassion, to instill in them a reverence for life.

Parenting well is both teaching our children and watching to make sure that teaching is taking hold in them. Doing only one is leaving them vulnerable to becoming the crowd. This is how one cruel boy can so easily become five.

Moms and Dads, our very sacred calling in this world is to protect our sons and daughters from pain, to inflict as little of it upon them as we can, and to make sure they are living with kindness, decency, and wisdom when they are not in our presence, so that they do not bring pain upon others.

Talk to your children. Listen to them. Teach them. Be present. Notice the changes in them. Push past their silence. Give a damn. Ask questions. Meddle. Repeat this every single day. It won’t prevent your kids from becoming bullies, but it will make that terrible transformation much less likely.

Live in such a way that they will not be capable of doing what five boys did to Danny Fitzpatrick because it would be unthinkable to them; because they have no frame of reference for it in their own lives. Let that kind of cruelty be foreign to their hearts.

I imagine the parents of these five boys are horrified at what has happened. I imagine they are grieving today. But I know for sure that they’re not going through what Danny’s parents are and this is what matters most.

Because schools are open today. There are five boys or five girls in classrooms right now making life a living Hell for another child, who is having the will to live slowly driven out of their young hearts.

For Danny Fitzpatrick it’s too late but it doesn’t have to be too late for them.

Parents, do all you can to protect your children from being bullied, but don’t forget to protect them from becoming the bully.

34 thoughts on “When Your Children are the Bullies”