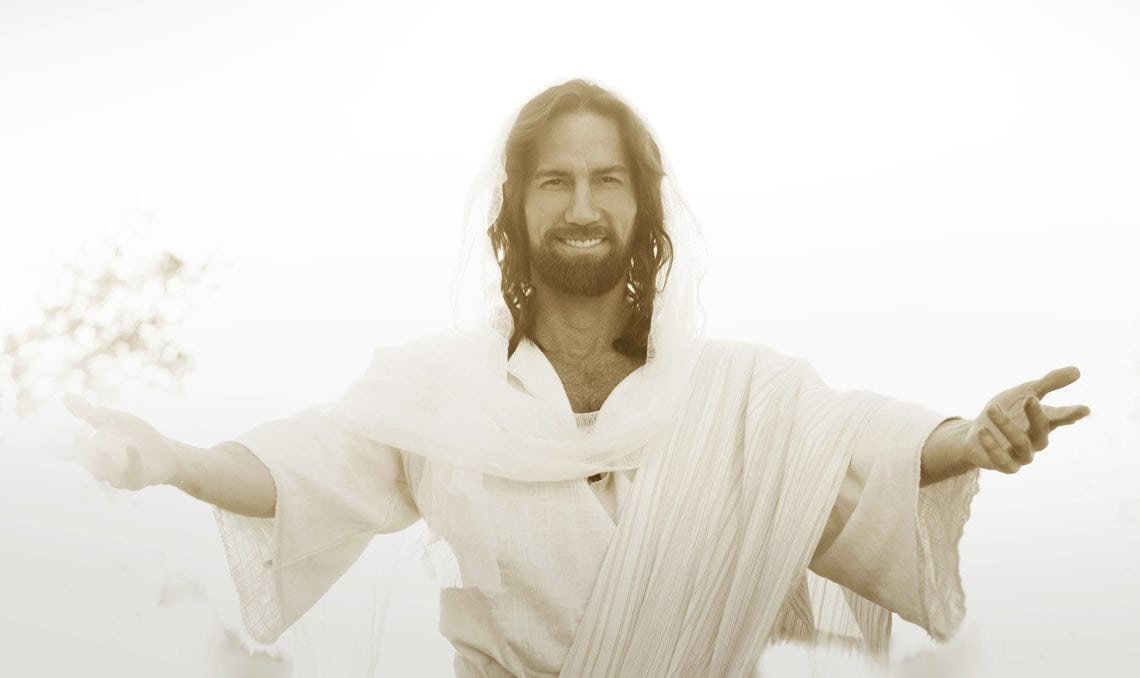 Words have persuasive power. They are stunningly deceptive. They can begin to fool you the longer they hang around. Hear them enough times and you become numb to their truth.

These are words racists use to convince you that they are something other than racists.

They are titles designed to normalize hatred, to make the most vile poison palatable, to give abominations a foothold within otherwise decent people so that they don’t see the indecency. These words attempt to slap a shiny veneer over the most rotten expressions of inhumanity so you don’t notice the stench any longer.

And in these days, the words Evangelical and Christian are in grave danger of being similarly co-opted by those same clever folks who know how important those words are to expanding their toxic franchise. The very name of Jesus is up for grabs and racists are trying to steal his identity.

The Christian Right’s bed-making with Donald Trump began with celebrity preachers and evangelists all lining up to kiss the candidate’s ring. It continued throughout the campaign, as church leaders convinced themselves and then their faith communities, that Trump’s reprehensible words and actions toward women and minorities and the disabled, weren’t to be taken seriously, and in fact were somehow the “lesser of two evils”. They even sold the ludicrous idea that he was now a Christian; an imperfect tool ready to be used by God to bring about His perfect will.

And, as it was written—Jesus wept.

Donald Trump brought White American Christianity to a high place overlooking the city and made them an offer they couldn’t refuse.

And now here with are:
With an Administration packed predominantly with old white men with disgraceful track records of discrimination,
with key cabinet positions entrusted to those with a clear history of contempt for people of color, gay people, the Muslim and Jewish communities,
with an alarming rise in hate crimes in schools and neighborhoods and in the streets,
with a President-Elect choosing not to condemn these acts in any meaningful way,
with predatory legislation attacking people of color and Muslims and immigrants and refugees,
—and worst of all, with a White American Church filled with White American Christians saying nothing: nothing from their pulpits, nothing on their social media pages, nothing in their churches—nothing to declare these terrible things and Jesus of Nazareth fully incompatible.

And because of the silence of white Christians, hour by hour, day by day, this hatred is allowed to appear normal, Christianity is gradually commandeered by bigotry, and Jesus slowly but surely becomes a whitewashed Messiah of American racists.

As a white Christian and pastor who loves Jesus and this country, and the great diversity of the world he lived and died for—I’m not going to let that happen.

At some point silence becomes something else.

And at times like this, it becomes fully sinful.

The White American Church needs to choose now whether or not it values its soul. It needs to decide now if it gives a damn about the name of Jesus.

This is not about Donald Trump. He is what he is. His words have proven this, his silence in the face of the hateful things being done in his name bear this out, his cabinet positions make this clear. Other than an extremely select group of well-to-do white people or those who can afford him more power and more money, Donald Trump couldn’t care less. To debate this is silly at this point.

And this is not about Mike Pence or Steve Bannon or Stephen Miller or the dangerous, embarrassing display of white privilege Trump is assembling to lead our nation. They are who they are too. They are not interested in learning stories or welcoming diversity or crafting compromise or expanding the table. They are for their own kind—period.

And this is not about political party either.

No, this is about the white Americans who have to this point claimed faith in Jesus, actually saying something and doing something that affirms his presence in the middle of this sewage.

You cannot confess a faith that hinges completely on an itinerant Jewish street preacher, and consent to elected leaders with a contempt for Jewish people, for immigrants, for the poor.

You cannot loudly parrot John 3:16, contending that God so loved the world, while providing absolutely no pushback against a President-Elect and Administration holding such open hostility to so much of the world beyond those who are white and wealthy.

You cannot be a lover of the giver of the Sermon on the Mount while trolling those most vulnerable in our midst to “stop whining”, or to “suck it up and deal with” the legitimate threat they now feel from those entrusted to care for them.

You cannot have a Christianity that is devoid of compassion or diversity or decency, and still call it Christlike. I’m sorry, but that’s just the way it is. Name it something else, but it ain’t made of Jesus.

You can either claim a non-caucasian Christ, who spent himself on behalf of the hurting, the poor, the marginalized, and who spoke boldly into the powerful and hypocritically religious who would prey upon or exclude them—or you can have an Alt-Right, all-white Savior, whose good news is solely for a very few light-skinned American folk.

White Christians in the White Church, this is your moment to do something life-giving; to be what the Church was always supposed to be: a brilliant light in dark places.

These are the days you show the world what your faith is made of; the Jesus you believe in, the one you seek to emulate, the one whose heart you say you fashion yours after. You get this specific, fleeting space in history to declare the reason for the hope you have, and to let the watching world see Christ in the flesh through your very lives.

Bowing down to a Racist Savior is the most damning idolatry imaginable.

88 thoughts on “Jesus is Just Alt-Right: White Christians and a Racist Messiah”