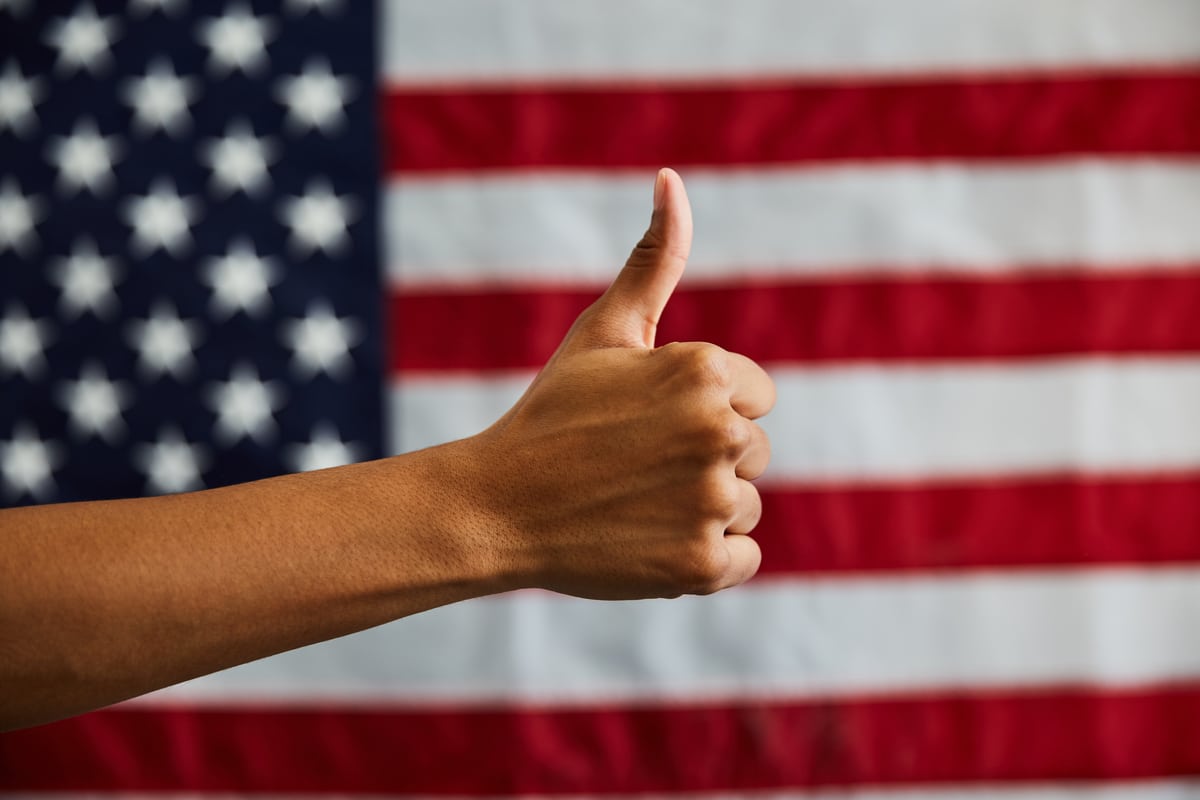 I know the past year or so has been rough. I know your self-esteem is in the toilet. I know you’re looking around at Canada and Australia and the UK, and you’re feeling really insecure about yourself right about now.

I get it. No one would blame you. You’ve spent the last year hearing over and over that your luster’s gone, that you’re damaged goods, that you’re a mess someone inherited; that your greatness is well past tense and that you need someone to return you to your former glory.

Don’t believe it my friend, that’s a gaslighter’s lie. You are presently fully glorious.

I’m been watching you over the past months, America. You’ve been marching in the streets by the millions. You’ve been showing-up at town halls and congressmen’s homes and community rallies. You’ve been holding elected officials accountable at every turn. You’ve transformed your social media profiles into Truth-boosting news outlets. You’ve done your homework. You’ve engaged the political process. You’ve connected with strangers. You’re risked awkward conversations with family and co-workers and church friends. You’ve found your voice. You’ve been awakened—and it’s all been a wonder to behold.

Recently, I like you, was wondering if your best days were behind you. I was lamenting the loss of the country I thought you used to be, and my heart was leaden in my chest. Then, one night I clicked on a video that dropped into my timeline. I  saw hundreds and hundreds of people amassing at airports, demanding that exhausted, stranded refugees be released to begin their new lives with you. In the incessant, raw throated cries for justice that rang out all over country that night, I heard music. I recognized it as the familiar refrain of the same beautiful song America has always sung to the world when it has been at its best: Give me your tired, your poor, your huddled masses yearning to breathe free.

I watched more of those videos. I watched them until the scenes turned from persistent protests into jubilant explosions, as foreigners began receiving a hero’s welcome from complete strangers. I watched those joyful new homecomings until my eyes blurred with tears and I thought to myself: “America, you are already great!” I went to bed that night remembering what you’re made of and certain you were going to be alright. That assurance was a soft pillow to lay my head upon, in a season when sleep has not come easy.

The truth is America, your greatness has never been in the hands of a politician or a political party or a church or a celebrity. It’s never been given or withheld from you by anyone—because you are it’s very greatness. It is that elusive treasure found in the stunning mosaic of millions of disparate lives assembled into something far more beautiful than can be manufactured, directed—or even legislated. It is that planet-altering We the People that transcends party and faith, and yes even border.

He was absolutely right—and he was talking about you. It was the true declaration, that when America is being it greatest self, it is doing so because its people are incarnating liberty and equality and perpetuating justice through their very shared ordinary lives. And this is still happening in these moments in spectacular, historic ways. You are the caretakers of this great idea and it is in steady hands.

Yes, these are crazy times, and yes you have some real, serious, dangerous obstacles in front of you, but as in every dark time you have everything you need to navigate your way to glory. You have the radiant, brilliant light that is the people who call this place home or aspire to call it home. You have a goodness that does not require anyone’s consent or assistance or blessing.

What I’m trying to say, is that you need to remember who you are: so pull yourself out of this fruitless funk and start believing your best days aren’t for anyone to decide but you.

Raise your head, lift your gaze, take heart, take a deep breath, and take a look in the mirror, America—you are already great.