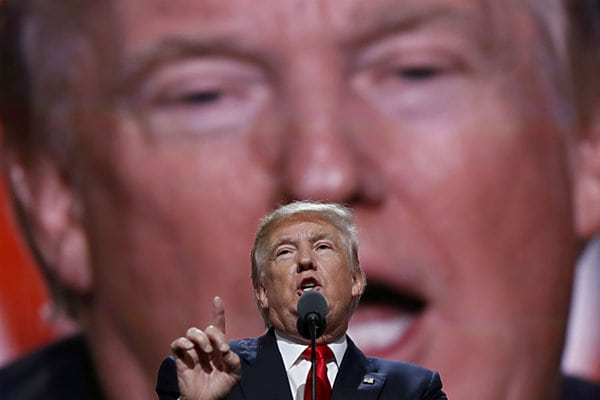 I detest bullies. I always have.

They are the greatest kind of cowards this world produces. Bullies are by their very nature, predators. The bully’s tactic is simple: leverage their power to generate fear in someone who possesses less power; to use their cultural advantage to terrorize another, all the while masking their own near paralyzing insecurity and self-hatred. They are small people trying to project themselves as towering.

There has quite possibly never existed a bully as afflicted with such sickness as the man occupying 1600 Pennsylvania Avenue right now. Every single move he’s made since stepping into the office has been that of a predatory coward seeking validation through fear:

Stranding desperate refugees at airports after leaving behind all they know and the place they’ve called home in order to craft a less violent, less terrifying life—and exposing them to violence and terror upon their very arrival.

Manufacturing a phony monster out of the Islamic faith, exposing millions of peace-loving Muslim-Americans, who are already among the most-maligned and persecuted, to further intimidation and ostracism.

Harassing undocumented immigrants who are already living lives far more stressful and exhausting than most Americans would ever endure—by creating the false narrative that they are a parasitic danger.

Taking away healthcare from millions of the most vulnerable and financially unstable, ensuring that their already monumental difficulties will be magnified, and that their daily existence will be made exponentially more painful.

Assailing the rights of women to have autonomy over their own bodies and sexual expressions, and reinforcing an oppressive misogyny that is already a daily minefield they must navigate.

Resuming the Dakota Access Pipeline, quite literally bulldozing over the sacred lands of a people who have, since the very birth of our nation, been treated with contempt and disregard.

Removing protections from Transgender students, already among the absolute most vulnerable, most burdened, most endangered Americans, with a suicide rate far beyond any other segment of the population.

This is the growing legacy of this detestable Bully Messiah of a President, whose tactics are being applauded by similarly insecure cowards who don’t recognize their privilege, and who don’t know they are the entitled, lazy menace draining this country of its greatness.

The sad irony here, is that the Bully Messiah is not preying upon the weak—no quite the opposite. Refugees, people of color, immigrants, the working poor, women, Native Americans, the LGBTQ community: they are the kind of strong and courageous that he will never be or understand. Faced with the absolute most difficult, most dire, most exhausting of days they persevere, they endure, they retain their dignity. Such great character is foreign to a small man so wishing he were big—and he resents them for it.

Meanwhile the Bully Messiah and his cowardly disciples, benefitting from every possible advantage of their whiteness and wealth and circumstance, feel compelled to undermine and attack and further marginalize the vulnerable. They are driven to prey upon those most in need of advocacy, most deserving of respect, and most specifically illustrating what it is that makes this nation great.

Right now, with every transparently predatory move their Messiah makes, the bullies around the country are cheering—but they are the only ones. The rest of us are bearing witness to the premeditated terrorism of a small minority of frightened cowards, and we are pushing back and will continue to pushback. Because if there’s one truth about bullies, it’s that they’re absolutely terrified of resistance. They collapse beneath the pressure of good people who refuse to be defined or silenced by the bully—and thankfully the majority of Americans are such people.

So the insecure, hateful few can have their Bully Messiah and his apparent ascension and their moment of apparent vicarious dominion. They can sing his praises and shout on the street corner and rant online. They can hurl slurs and spray paint doorways and knock over head stones and harass in the hallways—but they will not prevail. They, like all bullies will have to face the reality of their inner smallness and acknowledge the true character of those they harass, which they so covet.

And this bloated, self-inflated Bully Messiah, who sits in the Oval Office each day, reminding all of us that he is little more than a sad, scared, fraudulent child who hates so many in an effort to feel less hatred for himself—will not prevail either. We will not allow it.

To those feeling more unsteady, more at risk, more vulnerable than ever, be encouraged. We are proudly and defiantly standing with you, because you are so worth standing alongside.

America, after all is the home of the brave—and not the bully.

293 thoughts on “Rise of the Bully Messiah”