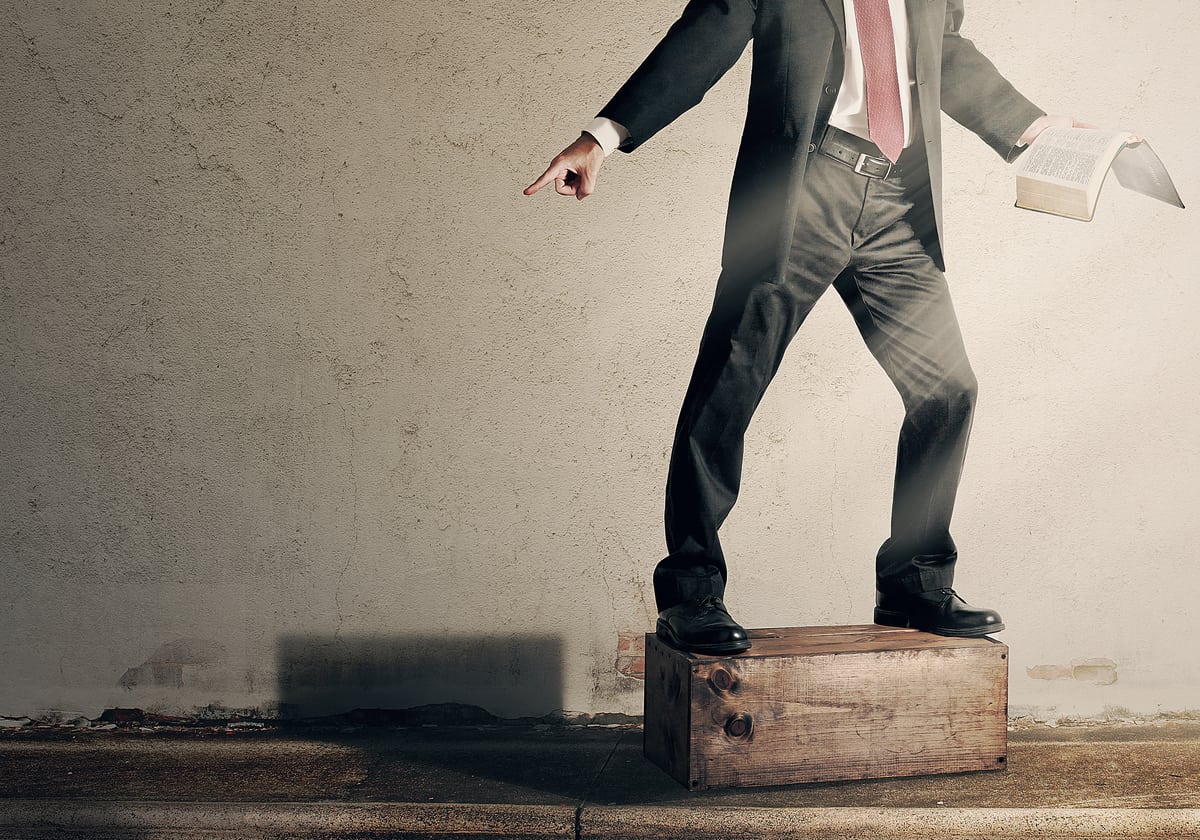 I confess that I was dead wrong about this. I have to hand it to the Christian Right, they knew what the heck they were talking about all this time. They knew this was going to happen and predicted it with astounding accuracy, over and over again.
For decades they tried to tell us that the sky was falling, that devils were walking among us, that the end was so very nigh. For years and years they lamented the approaching devastation and tried to prepare us like good prophets do. They pounded their pulpits with ferocity and thumped their Bibles with abandon, forecasting this country’s certain doom—and we didn’t listen. We rolled our eyes and dismissed them as out-of-touch, hypocritical, religious zealots whose hold on reality was tenuous at best. And yet, they had it right all along.
It turns out that every single one of their raw-throated, brimstone-breathing prophecies were true:
That the wolves would come in sheep’s clothing to devour the innocent.
That there would be a twisting of the Scriptures to justify vile evil of every kind.
That people would do what was right in their own eyes and make themselves into the very God they most worshiped.
That money and power and pride would be too seductive to avoid for far too many.
That the Church was in danger of being polluted to the point of death.
That the least of these would be discarded and brutalized.
That good people would be preyed upon by opportunistic monsters.
These sage prognosticators had everything about the approaching disaster correct—except its source.
They neglected to predict the actual genesis of this great decimation. Because it wouldn’t be the Gays or the Muslims or the Atheists or celebrities or street people or tattooed women or sexually active teenagers as they’d so foretold. It wouldn’t be transgender people lurking in bathrooms, or brown-skinned suicide bombers from some distant cave, or any of the countless boogeymen they told us were hiding in the shadows to bring terror. No, the encroaching danger was a whole lot closer than all that.
For years the Christian Right has been warning us about Godless hordes coming to destroy America and it turns out this was true—it’s just that the words were autobiographical.
As a lifelong Christian I’ve had a sick sense of déjà vu watching politicians professing to be followers of Jesus dismantling every program designed to care for the vulnerable and the hurting, seeing the way the powerful are being awarded greater power, watching empathy vanishing and hatred skyrocketing. I’ve heard this story a million times before; proclaimed on Sunday mornings from pulpits, unleashed in religious social media rants, and shouted through bullhorns on street corners. I knew this was coming, or at least I should have. We all should have. These harbingers of doom were absolutely right to warn us—and ironically they were the very ones they were warning us about. In the sickest kind of self-fulfilling prophecy, they were the plague of these days that they said would come.
It would be the preachers and the evangelists abandoning the heart of Jesus, perverting the words of the Bible for their agenda, selling their souls for a high place overlooking the world. They would be the very false prophets they told us that we should like hell run from. These supposed disciples of Jesus would be the ones to betray him with a kiss and send him to a bloody, undignified end.
Yes, the Christian Right was right, evil was going to run amok through the world and terrorize the lives of ordinary people and make a mockery of God. And that is what it is surely doing in these days.
I owe them an apology.
I should have believed them.
I once was blind, and now I see.

566 thoughts on “The Christian Right Was Right”