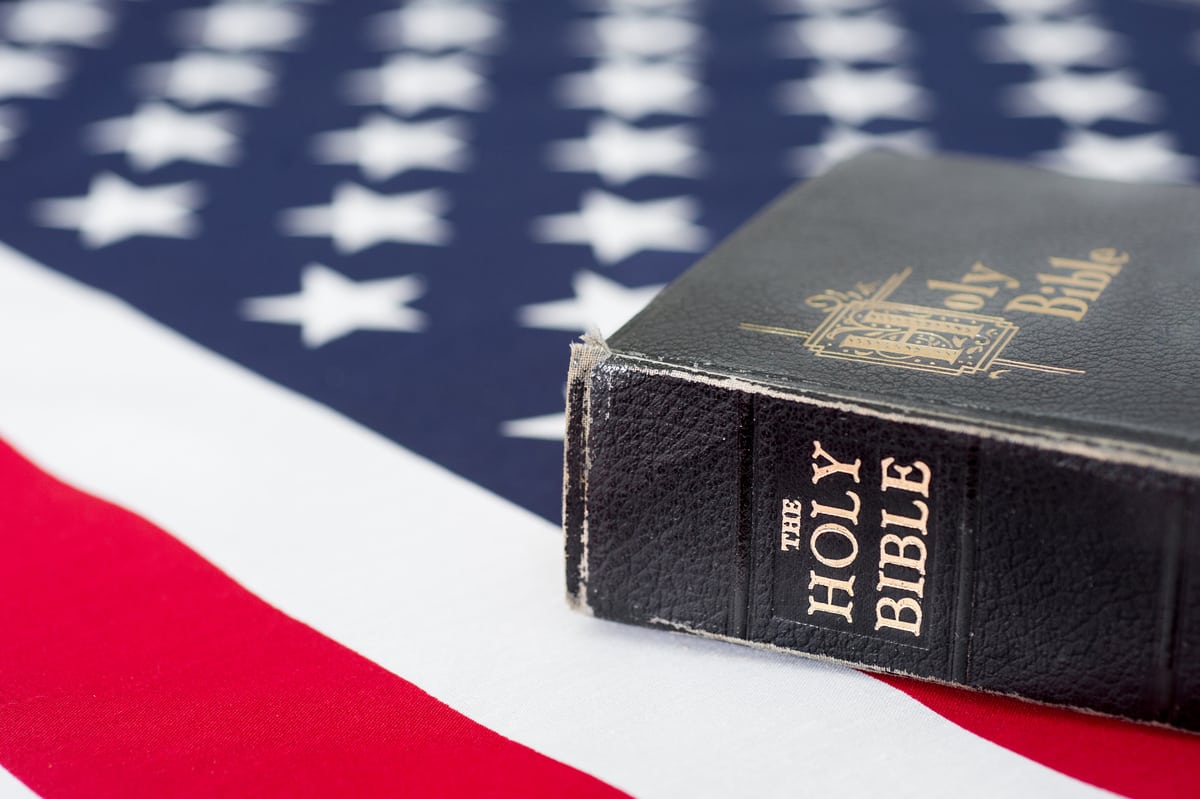 “If Jesus came back and saw what was being done in his name, he’d never stop throwing up.” – Hannah and Her Sisters

For the past few decades the GOP has attempted to claim sole ownership of faith in America, never missing an opportunity to make a loud, showy stand, shamelessly declaring itself the party of Jesus. I don’t think he got the invite, because what’s currently unfolding in this country in his name, is about as antithetical as one can get to the heart of the Biblical Jesus—short of painting oneself red, donning a pointy tail, and brandishing a pitchfork.

Their recent resume is impressive in its sheer, unapologetic malice:

Trying to ban Muslims from entering the country in the name of supposed safety.
Attempting to take healthcare from 24 million of our poorest and most vulnerable.
Leveraging fear of people based on the color of their skin, their religious tradition, their sexuality.
Leveling Native American burial lands to run oil lines.
Legislatively assaulting the LGBTQ community at every turn.
Rolling back protections for the planet we’re standing on, the air we breath, the water sustaining us, the atmosphere surrounding us.
Gutting funding for the Arts and exponentially raising it for the Military.
Putting leaders in place who are intentionally dismantling the systems of education, commerce, environmental protections, and law that we’ve worked for hundreds of years to secure.
Taunting foreign nations into war and claiming Trump is anointed by God for it.

These are the professed people of Jesus?
These are the supposed lovers of life?
It would all be laughable if it wasn’t so infuriating.

It’s time we called out this sanctified nonsense masquerading as something redemptive because it’s gone on far too long and done too much damage to too many. We need to stop letting people corporately co-op the faith tradition of love your neighbor as yourself, while inflicting this kind of willful violence to the breadth of humanity. We need to name the hypocrisy of those committing such violations of people and of the planet, while simultaneously trying to claim they’re pro-life Christians, because the two endeavors are fully incompatible.

Christianity is not America First, it’s not God Bless The USA, it’s not Capitalism, and it’s not every man for himself. Being a Christian requires following the sacrificial, humble, compassionate example of Jesus. It demands a life turned outward to heal and help and bring peace. It is not a matter of watching Fox News, waving a Bible, and then giving the figurative or literal middle finger to everyone who doesn’t look, talk, worship, believe, or love the way that you do.

The way of this Presidency is not the way of Jesus, and those of us who recognize it need to say it—whether we are Christians to not. We need to call this what it is: franchising out Jesus’ name in order to justify prejudice. It’s white privilege and rabid nationalism wrapped in Bible verses. It’s identity theft of the worse kind; claiming to be Jesus and then spitting on the least of these. It is the grossest example of taking God’s name in vain.

The unapologetic bigotry, the abuses of power, the complete disregard for the truth, the preying upon the poor and vulnerable, and the absolute absence of a moral compass of this Presidency and of those amen-ing it—is all the very kind of perversion of religion Jesus abhorred.

The current GOP platform under Donald Trump reads like an annotated list of the things Jesus devoted his life and ministry to naming as evil and pushing hard against in the Gospels. Christians should be loudly opposing this Administration, not doubling down and defending it. They should be demanding sanctuary for refugees from the pulpit, they should be condemning the casting aside the sick, they should be marching alongside Muslims and people of color, they should be leveraging their social media platforms to advocate for the diversity of life. The likes of Paul Ryan and Mike Pence and Jeff Sessions should be terrified of the people of Jesus right now—instead of finding safe sanctuary in their collective bosom.

Professed Christians supporting this President and these Republicans can quote the Bible all they want. They can drive to a building every Sunday morning and exude reverence for an hour. They can name drop Jesus like he’s a personal friend who does them favors—but in the end, practically speaking they are working for the opposition.

That’s not to say that sincere, loving, faithful Christians can’t identify as Republicans (as many certainly do), but these folks should be the most vocal in these moments in castigating their party, in intentionally distancing themselves from such systemic bigotry, and in joining in the work of reflecting the Jesus they claim by resisting the GOP platform. A political party, like a nation, has no business claiming a faith tradition.

As my friend John Fugelsang recently commented, “I’m not saying Trump is the anti-Christ, but I will say that Christ is the anti-Trump.” And this is the rub for Christians in this GOP: you get to worship one or the other—both is not an option.

This mean-spirited, predatory, violent movement in America in these days is many things, but it is not Christian and it is not pro-life. Let’s not pretend otherwise.

488 thoughts on “The GOP Isn’t Pro-Life or Christian”