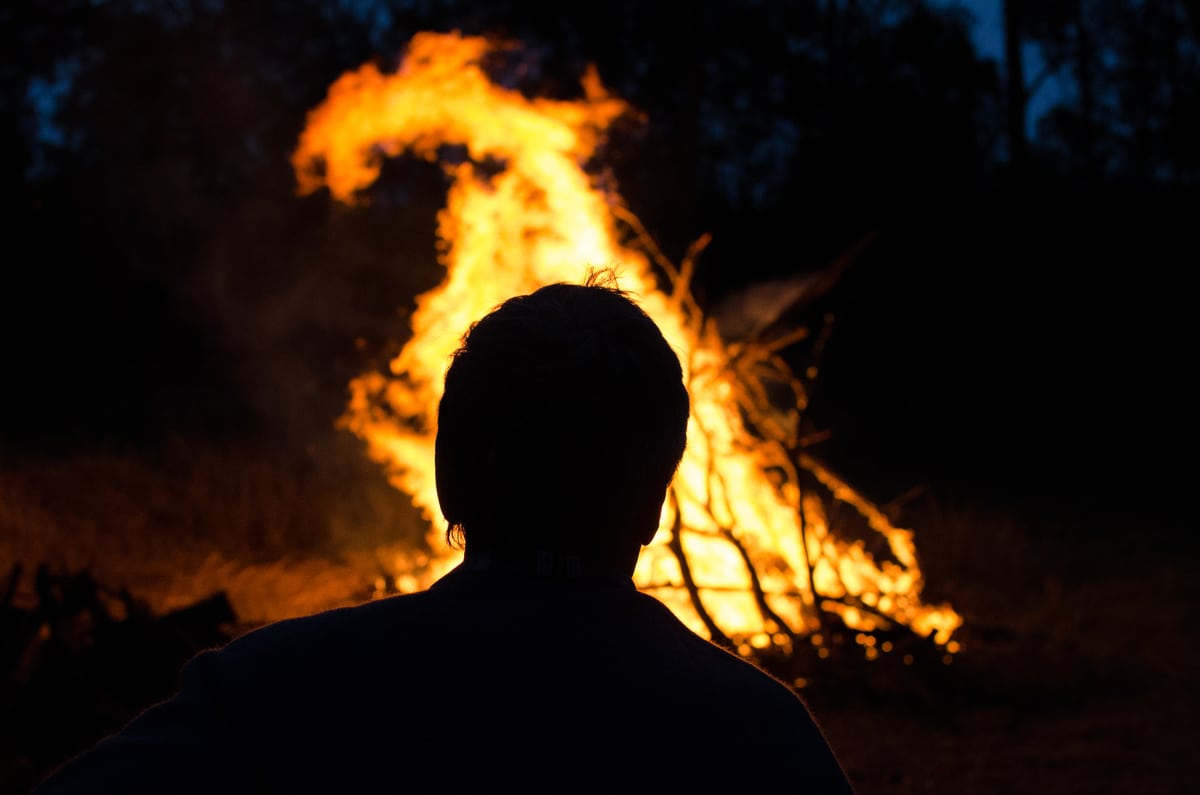 I was brought up believing that hell was real, though later in life I’d grown skeptical. It seemed like an idea incompatible with a loving God and with the very idea of Grace.

I’m not sure that hell exists, but today I admit to being strangely hopeful.

Today, for the first time in my life, I cling to the idea that somewhere beyond this life, there is a place where horrible people pay for the atrocities; where the evil humankind unleashes upon this world is returned to them in kind, and they are finally made personally accountable—where they feel the pain they have inflicted while here.

Today it feels like this world has failed the good people, and maybe hell is the only chance there is for things to be made right.

Because if there indeed is a hell, it will be surely getting more crowded after today.

If there’s a hell, it should be probably filled with people who claimed faith in Jesus, while trying to strip the sick of care, the terrified of refuge, and the vulnerable of protection—and reveling as if this was a righteous victory.
If eternal damnation exists, it should be the wages of men and women who put children in cages and told us with a straight face that it was like summer camp. It should be for those who called terrified children crisis actors.
If there’s a forever place saved for people with hateful hearts, it will house those who treated sexual assault as irrelevant, defending the accused and demonizing the accusers.

And if there’s a hell, it should be packed to the rafters with Christians who chose to turn the other way or to be silent as they watched it all happen.

If there is a hell, Donald Trump and Paul Ryan and Mike Pence and Mitch McConnell, and all those who conspired to perpetrate this horror upon our most vulnerable and most at-risk, might actually come to the humility and repentance and decency that they seem incapable of here.

If hell exists, this would be precisely why.

Honestly I’m not at all proud of this admission. As a follower of Jesus, I suppose it’s a fairly terrible confession of faith, and that is something I’ll wrestle with and pray through. I’m not condemning anyone simply because of how they worship or who they love. I am wondering whether those who do disregard other lives so callously while claiming Christ, are aware of the irony that my mere suggestion of hell for them, will probably make them bristle with outrage, even though they are regularly in the damnation business. This is not that.

I simply know that right now, things aren’t panning out the way I’d be told they would, the way Jesus promised, and his followers are largely responsible:

And yes, I know I’m supposed to believe that love wins and that it conquers all and that it is all you need—but honestly that’s all a tough sell today. Today it all just feels like empty platitudes and pop songs.

And platitudes and pop songs won’t remove a tumor.
They won’t stop students from getting shot in their schools.
They won’t protect transgender teenagers from being driven to self-harm.
They won’t save a dying infant.
They won’t keep families of gay children from harassment in their neighborhoods and churches.
They won’t care for an elderly widow at the end of her life.

It is still my calling and my aspiration, and tomorrow I’ll be standing again in the bloody trenches alongside my like-hearted brothers and sisters who believe that good people can alter the planet—but today that doesn’t feel like enough. That doesn’t feel like the story.

Today the story, is that hateful people do hateful things to other people and they do all it believing God is good with it.

Today the story, is that not all people are decent or compassionate or merciful.

Today the story is that the sick and the poor and the different and the vulnerable are being trod upon.

And I hate this story, because too many innocent people are suffering in real-time because of it. Too many people are enduring a living hell in their daily lives.

And so yes, right now I look at this day and this life and this world, and it feels like the bad people are winning, and I want those people to understand how much hurt they are manufacturing. And since they don’t seem to care very much at all, I want to believe that they will one day face their Maker and the mirror and the blood upon their hands.

And so as much as it pains me to say it—today I’m kinda hoping there is a hell.

(Note: Obviously I don’t wish eternal torment on anyone. In fact, the idea that anyone can condemn anyone else is something I have been pushing back against for years here. This is about the deep anger and the profound disconnect that results from people who claim to believe in Jesus, putting other people through hell here by removing their access to healthcare. If you’re a Christian, and the framing of this piece is more offensive to you than that reality—that may be something you’ll want to consider. Maybe we’re all in this together, and we should stop be horrible to one another.)