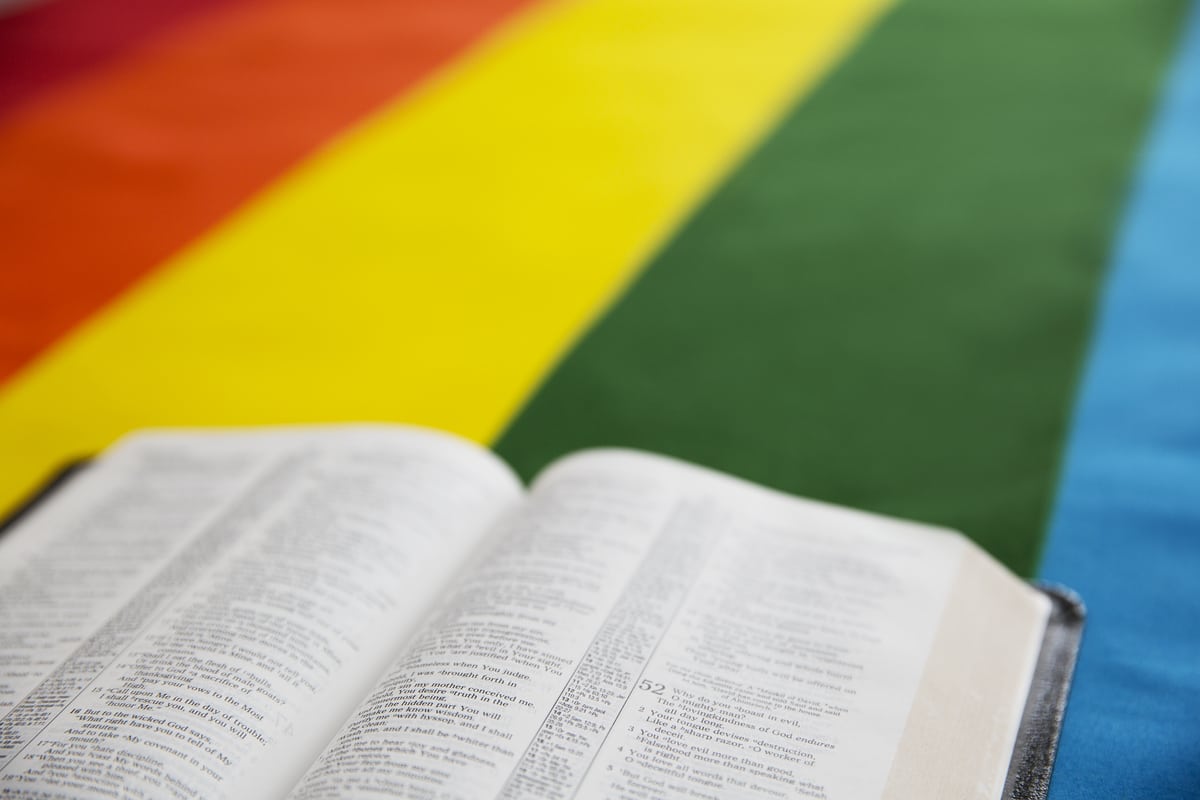 You are known by the company you keep.

This week the President signed an Executive Order allowing discrimination against the LGBTQ community in the name of “religious liberty.” Not surprisingly, lots of Conservative Christians applauded, and pointed skyward like a kicker nailing a winning field goal at the buzzer—and they should be mortified.

Jesus is not celebrating this.
This is not a win for the Gospel, it is a rejection of it.
It is not a defense of the Christian faith, but a perversion of it.
And it is is not an affirmation of religious liberty by our government—it is an attack on it.

The essence of what has been woven into our American Constitution for people of all faith traditions, is the individual freedom to worship as one chooses, unfettered by any individual or group. It is personal protection for all. That freedom was intended to create space here in this country where people of disparate religious convictions are equally able to pursue their religious practices without fear or suppression or censorship—and the freedom of all people to live without religious practices of any another, forced upon them.

This liberty, is not permission for one, small extremist segment of one religious tradition to impose its beliefs on the citizenry—no matter which segment of which tradition it is. In fact, that Christians seem to specifically benefit from this legislation is the very reason we who follow Jesus should reject it. Christianity was never supposed to be synonymous with power. It was born in obscurity and smallness; a grassroots movement of the low and ordinary, birthed by a homeless, itinerant preacher who kept company with lepers and prostitutes and beggars. That was its beauty: it welcomed diversity, it denounced power, it shunned affluence. Jesus was never about imposing his will upon anyone, but about people’s free decision to choose or reject him. He would never allow religion to be coerced, let alone mandated.

When religious liberty is used as justification for discrimination or when it impedes the daily life of those who don’t share our convictions, we move from merely having freedom, to demanding that others adopt our beliefs and adapt to our prejudices. We become a theocracy—and Christians, we cannot become a theocracy because Jesus would have had nothing to do with such things. He rejected privilege and dominance with every second of his humble existence, and he would be horrified by the bullying being done in his name under the guise of spirituality. It is the very kind of domineering religious shakedown that he repeatedly condemned in the Scriptures from the both the Jewish religious leaders and the Romans.

And when such religious manipulation targets those already among the most marginalized and at-risk (as it does the LGBTQ and Muslim-American communities), it runs in direct opposition to the core of our faith, which seeks to protect and shelter those that the powerful would swallow up. Legislation like this transforms us into the very thing Jesus was pushing hard against.

The heart of the Gospels, as witnessed in the life and ministry of Jesus, is a declaration of the inherent worth of all people; that all warrant dignity, respect, and love equally. Any Executive Order or legislation that denies that inherent worth, or that fosters and sanctions bigotry, even in the name of religion—is still bigotry, still hatred, and still in direct opposition to both the Constitution and the Gospel.

Do we Christians really want to be known as the people who force others to conform to our preferences, through the might of legislative mandate? I don’t think so. I know it is not what Jesus would have us be known for. He said that it was the way that we loved one another: as we wish to be loved. That was our stated purpose and the desired legacy we should seek as we claim the name Christian.

In the Scriptures, in the 25th chapter of Matthew, Jesus gives his most explicit warning to those who neglect “the least among us;” those overlooked, vulnerable, and oppressed—as if they were neglecting Jesus himself. Far more than simply neglect, these religious liberty laws are doing intentional harm to the least, and to the image of God residing in all people; of all faiths, all races, all gender identities, and all sexual orientations. We cannot embrace Jesus and the tactics of this Presidency simultaneously. They are fully incompatible.

Christian, if you can’t differentiate between your personal freedom to worship as you desire, and a Government-decreed, forced compliance of people who don’t share your beliefs—you need to do better. We who are Christians should declare our unequivocal denouncement of these actions by our government, and we should instead, affirm the central call of our faith: to love our neighbor as ourselves—regardless of whether that neighbor worships the way we worship or loves the way we love.

The thing about sanctioning religious liberty as an excuse for discrimination, is that one day you may not be the beneficiaries of it—and then you’ll want freedom from it.

And in any case, the liberty we Christians are supposed be marked by, is the freedom we find in Christ to love others and to reflect the character of God to people through mercy and kindness and compassion—not to demand that the world share our beliefs.

Recognizing the face of God in everyone.
Seeing the image of the divine in everyone.
Extending the love of Jesus to everyone,
and demanding nothing in return.

This should be the only religious liberty we seek to exercise in these days.

298 thoughts on “Why American Christians Should Condemn “Religious Liberty” Legislation”