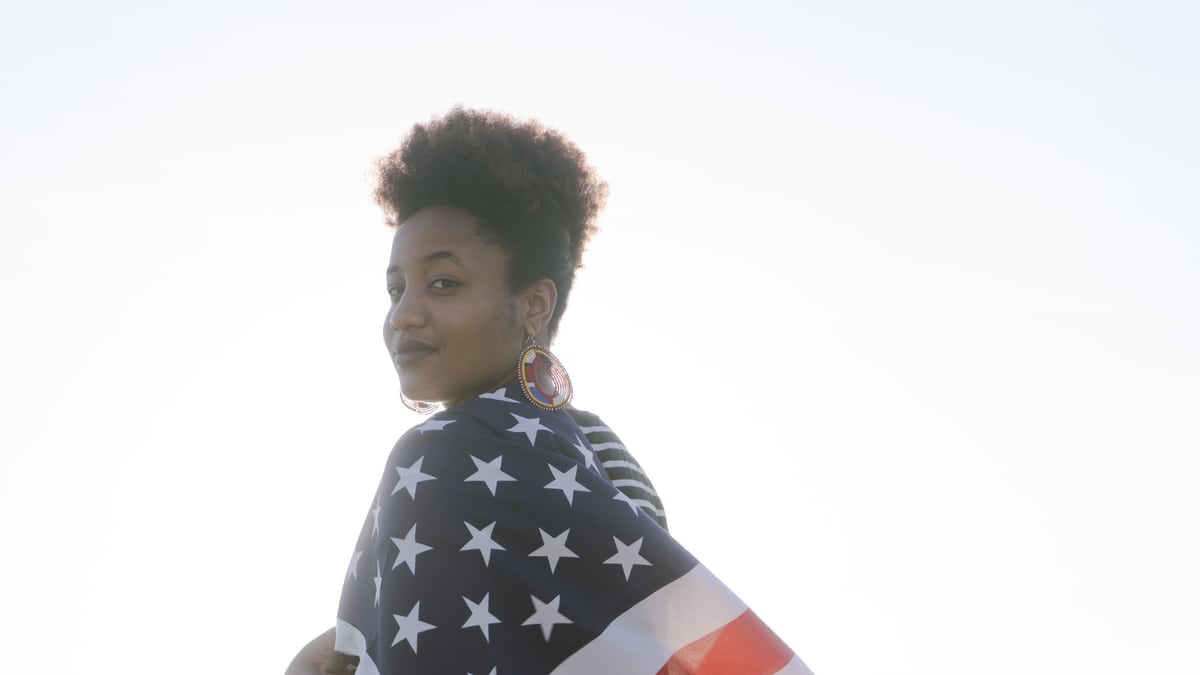 For a while I thought I was grieving over the loss of America; that I was missing something we used to be, a place we once were, a new national erosion of hope I thought I’d been witnessing.

I imagined this great attrition was the source of my despair, mistakenly believing I was lamenting something that had at one time been here, but was now gone. It wasn’t until fairly recently that I fully realized that I’d been mourning the death of a ghost.

For a while now I’ve been sitting a cisgender, heterosexual, white Christian guy’s somber vigil over the dying of a country most people have never experienced—at least not in the way I’d convinced myself they had, and definitely not in the way that I had.

Growing-up I believed every word about America as land of the free and home of the brave. I imagined us to be that singular, brilliant beacon to the world, welcoming every weary soul who sought sanctuary on its shores.

The American dream was a thing to me; a beautiful, sparkling, attainable thing. All that Life, Liberty, and Pursuit of Happiness stuff—I ate it all up, wore it on my sleeve, and saluted it when they ran it up the flagpole.

It was easy to do that from the cozy shoes I’d stood in. America had been good to me.
I assumed that everyone experienced the opportunity I’d had without thinking about it, that everyone was given the things I received without needing to ask for them, that everyone had the seat at the same table that I’d had without arguing for it. Because of this I figured the profound loss I felt recently was something new for everyone.

But that America was never most people’s America. That America is unrecognizable to many of them:

I imagine Native Americans laugh at my supposed lost America.
To many of them it is the long ago-stolen home they have found little welcome in since being displaced; the sacred spaces bulldozed to run pipelines and build shopping malls.

Many people of color haven’t ever known my America.
Those who arrived here on slaves ships, those packed into cargo containers,
those who’ve had to stand up or sit down or speak out for every scrap of justice they’ve ever received.
They haven’t been privy to the glorious freedom we joyously invite to ring out.

Many women haven’t experienced the America I’ve grieved losing.
That wide open, spacious land of opportunity that makes for stirring stump speeches and moving halftime anthems is a foreign one.
They’ve strained to breathe the rarefied air of equality just beyond the reach of ever-present, see-through ceilings.

Many Gay, Lesbian, Bisexual, and Transgender human beings have never found themselves in the America I’d been so grieved over losing.
No, as it turns out their inalienable rights had always been quite—alienable.
They’ve never felt particularly blessed in the country God supposedly blesses.

Lots of immigrants are still waiting to experience my America; still crossing seas, and digging tunnels, and braving great peril—only to know the scorn of strangers and the ridicule of politicians.

Many Muslims have only heard about my supposedly lost America.
It’s been the dream that never seems to materialize in the light of day;
a place of contempt and suspicion and fear.

So many have never seen the America that people like me have so proudly hailed, because the color of their skin, the poverty they inherited, the way they love, or the place of their birth have obscured their view of it. They’ve never had the chance to sing these songs of freedom and really mean them.

So as much as I’ve been recently lamenting what seemed like a few hateful people taking away the country we once had, I think what they’ve done is magnify what we’ve never quite fully taken hold of. I think they’ve shown us who we are—or aren’t as a people. In a strange and sad way, I think they’ve been a help to some of us who we;re unable to see.

Bono once said that America was more than a country, it was an idea—and it still is. It may still only be aspirational, but I think it is a worthy aspiration. The world still needs an idea like America. All the stuff in those songs we sing is music worth trying to make together.

I’m no longer going to concern myself with grieving the country I thought this used to be, because that was largely mythical anyway. It was a haze of privilege, luck, and wishful thinking—and I know better now. America is incredibly beautiful and deeply flawed. So are its people. I can work with that.

And I’m certainly not going to suggest that we be about making America great again. Anyone who says that is probably still in the bubble of self-delusion and selective memory that privilege and advantage bring.

Instead, I’m going to place myself alongside those who find affinity in seeking the equality, diversity, and interdependence that America was intended to make a home for. I’m going to work toward a greatness for this country that it has not yet discovered—the kind that everyone gets to call their own, the kind available to more than those who’ve always had access to it.

This will be an America worth the tears.

104 thoughts on “Missing The America That Never Was”