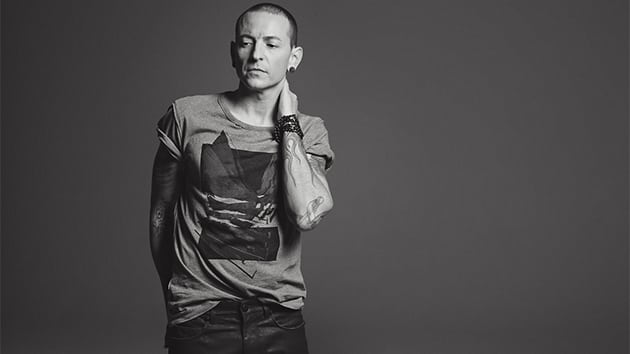 Soon after news broke about the death of Linkin Park singer Chester Bennington, amid the flood of condolences and the raw expressions of grief and shock—came the others; the ones who are never far, always hiding just out of view, ever ready to crawl from out from the cracks.

In moments like these, they surface to offer flippant, callous, armchair sermons about how selfish suicide is, about how cowardly the dead person was, about why he or she should have thought of their children, spouses, loved ones.
They add insult to fatal injury by heaping shame upon a suffering that had already proven to be too much to bear for someone.
These people somehow feel fine critiquing dead strangers, before they’ve even been buried.

I’ve come to realize that there is only one kind of person who says things like this about those who take their own lives: a person who has never been where Chester Bennington was in his final moments, or where Chris Cornell was, or where 121 people in the US are every single day—where many are in the seconds it takes for you to read these words. The people who say such things, are those who’ve never (because of mental illness or acute trauma or severe addiction), been pushed to the precipice of their very will to live. They are people who (fortunately for them) have the luxury of their ignorance, who’ve never walked through this unrivaled internal Hell and wanted nothing more than to get out.

When you are in that desperate, frantic, lightless moment of despair—reason fails. There is no processing of things that seem so clear to people sitting calmly in parks and at desks and living rooms offering detached, knee-jerk commentary; those in their right minds, unclouded, lucid, and sober. That is what mental illness does, that is what addiction does, that is what depression does: it convinces your head that nothing matters, that this terrible moment will not pass, that nothing will get better, that you are fully, irreparably, and permanently f*cked. It doesn’t have to make sense, it doesn’t require objective proof, and it has no need for logic—you just feel it. In those moments the only thing you want is escape—and the choices people make in those moments are beyond what any of us have the right to criticize from outside of it.

I’ve never battled substance abuse or addiction, but I have carried depression for a couple of decades that has at times been terrifyingly heavy. And despite prayer and counseling and meditation and medication, there have been moments when the sadness became so overwhelming that nothing helped; not my career or my family or all the objective data I had that everything was good and that I should just feel better. I wouldn’t have said I was suicidal then—I just didn’t want to live. What got me through and what gets some people through when others fall is one of the greatest mysteries of this life. Some people make it and some people don’t—and the former aren’t any wiser or stronger or better, just very fortunate.

Suicide isn’t cowardly.
It’s not weakness.
It isn’t selfish.
It’s born of a hopelessness that can imagine no other way out.
It is a thick, pitch black haze created by powerful personal demons that prevents you from seeing light in the moment.

People like to say that suicide is a permanent solution to a temporary problem, and they’re right—but those standing in the darkest places can’t see that from there.

When someone takes their own life, we can view it as a tragedy for their loved ones, as a reason to mourn their leaving, as a squandering of what that life may have one day become, we can even be really angry at the senselessness of the loss.

But we should never use the moment to insult the dead by trying to shame them after they’re gone. Believe me, they really wanted to stay.

They did the very best they could in the worst seconds of their lives. They were as brave and strong and selfless as they were able to be in that moment.

There but for the grace of God go the critics.

May you always be such strangers to the dark.