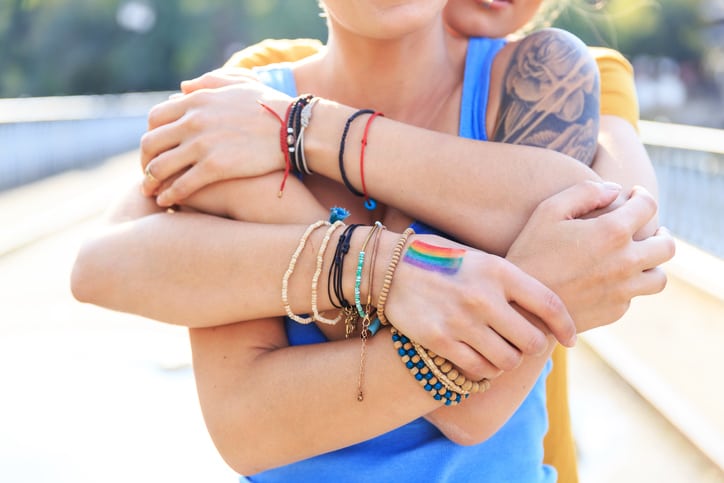 If LGBTQ people were handguns, this President would treat them with kid gloves. He’d be ever so careful with his words so as not to cause offense. He’d exercise the rarest of restraint, to avoid angering those who love them; couching his words in every moment, being the closest thing to decent that he ever is.

If LGBTQ people were handguns, Republican leadership would passionately protect them. They’d go to bat for them and talk around the truth for them and legislate every possible way to make their existence easier. They’d bend every rule of law to ensure their survival. They’d forever lobby for their innocence and extol their virtue and steamroll any efforts to control them.

If LGBTQ people were handguns, Evangelicals would warmly embrace them; they’d justify their worth using the Bible, they’d demand respect for them from their pulpits. Celebrity evangelists would leverage their social media platforms and their local congregations to prove how much Jesus approves of them. LGBTQ people would feel loved around the people of Jesus and welcomed in their gatherings if they were handguns.

If LGBTQ people were handguns, FoxNews would never stop celebrating them. Their endless parade of pundits and would-be experts would come and heap effusive praise upon them; they’d relentlessly attack the brazen celebrities who dared speak out against them, they’d tell those who questioned the harm they were doing—that they were fighting the wrong battles.

If LGBTQ people were handguns, an army of rabid Twitter warriors would descend to come to their defense, shouting down with great passion, any suggestion that they were a danger. They’d advocate for them, flaunt their allegiance to them, they’d speak their admiration loudly for them.

If LGBTQ people were handguns, the flag-wavers would demand they be treated with dignity, they’d protest in the streets that they’re inalienable rights be honored, they’d remind us all that those who served and died for this country—died for them. They’d gather for rallies and walk with them down city streets and they’d openly profess their love for them. LGBTQ people would be fully welcomed in the American story if they were handguns.

If LGBTQ people were handguns, they’d be shown reverence by Conservatives. They’d be made to feel treasured. They’d be adored by the people of Jesus. Folks would allow them around their children from an early age. They’d never have to be in fear or be marginalized or feel threatened, because those in the highest levels of Church and Government would demand they never did.

More of us would probably give a damn about them right now.

37 thoughts on “If LGBTQ People Were Handguns”