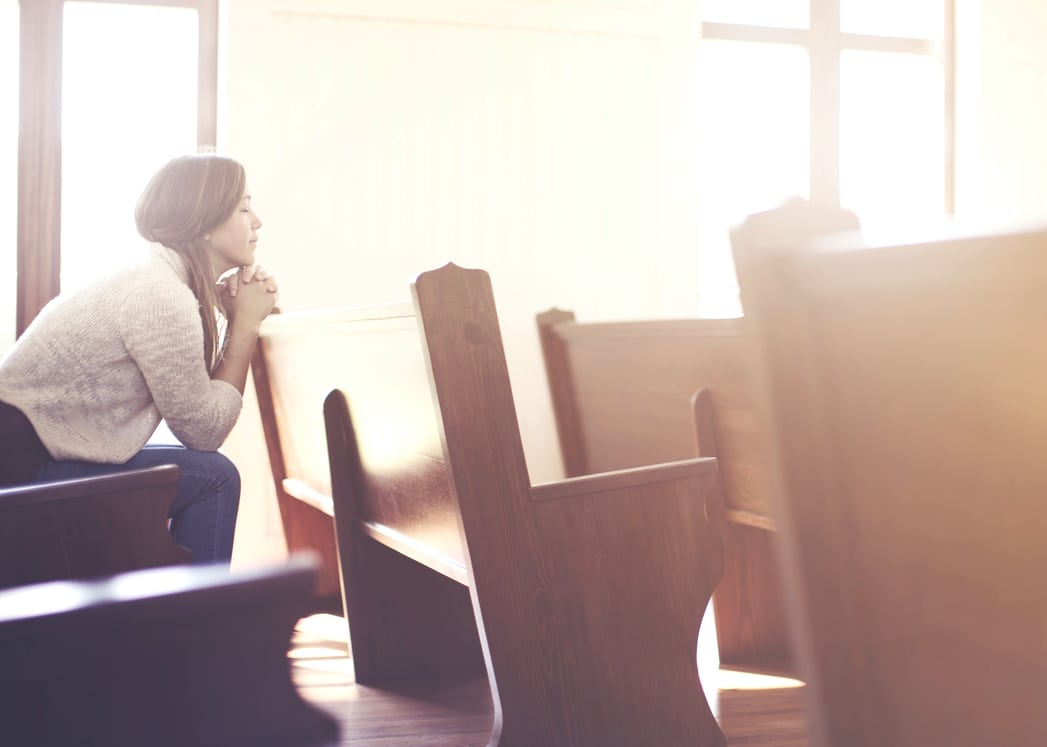 If you’re a professed Christian currently still supporting this President and Administration, and you’re on your way to church on Sunday—here are a few things you might talk with God about, as you stand shoulder to shoulder in a room filled with other supposed followers of Jesus, singing, raising your hands skyward, and imagining yourself righteous:

Pray about the tens of millions of sick, elderly, and poor who are slowly being suffocated, as your President sabotages the Affordable Care Act; literally taking life-giving, life-saving care from those least able to procure it; sacrificing the health and healing of human beings simply to destroy Barack Obama’s legacy

Pray about the people of color in this country who watched torch-bearing racists march through a city, terrorize clergy, beat people with pipes, and kill a young woman, with little more than a slap on the wrist from your President—while he relentlessly crusades on social media against black ESPN reporters and kneeling football players who he called “sons of bitches”.

Pray about Muslim families in America who daily face the insults and isolation and violence, simply because their faith tradition has been vilified by your President; that they have been fashioned into a convenient enemy in order to leverage the irrational fears of those who are easily baited, and made to be pariahs in the place they rightfully call home.

Pray about those murdered in Parkland—and about the fact that your President continues to suck at the teat of the NRA, to oppose any sensible gun control measures, and to insure that the next massacre will not be far behind.

Pray about the LGBTQ men and women, and for their brothers, sisters, parents, spouses, and best friends, who are being pushed deeper toward marginalization, further from safety, and ever closer to depression, self-harm, and suicide because this President is aligning himself with those most responsible for their persecution.

Pray about the millions of women whose healthcare, access to birth control, and protection against assault are being chipped away by a President who has proven over and over again that he has contempt for women.

Pray about victims of sexual assault, who have to be reminded every day by his presence and his party, that predators often are rewarded for their unthinkable behavior with unmerited position and undeserved riches.

Pray about the hundreds of terrified migrant children still wondering what happened to their parents and siblings and families, and for the distraught parents still separated from their daughters and sons.

Pray about the dreamers and the immigrants; those with dark skin, those for whom English may be a second language, those for whom America may have been an adopted home or a place of refuge or the desire of their desperate parent’s heart—those who are made to feel unwelcome or threatened or unwanted because of this Presidency’s malice and vitriol.

Pray about the millions of beautiful, intelligent, loving people living, creating, and raising families in those places he has called “shithole countries”—and how this discounts, insults them, and diminishes them.

And yes, pray about this President.

Ask God specifically how his life and body of work align with the Jesus you’ve known all your life; the one you find hope and joy in, the one you read about in the Gospels, the one whose voice you recognize as peacemaker, forgiver, lover, healer, helper.

Ask God if his vile words about women, his cruelty toward those suffering, his vicious social media tirades, his neglect of hurricane victims, his siphoning of funding from public school students and healthcare from cancer patients—if any of it feels at all like the Jesus who talked of loving the least, of caring for the poor, of loving their neighbors as they love God, of the last being first, of the righteous turning their cheeks, of the meek inheriting the earth, of the good Samaritan showing mercy.

Ask Jesus if this President is someone worth a follower of Christ emulating, celebrating, empowering, amen-ing—if he is someone living in that image.

Ask Jesus what the world is specifically learning about his heart for the world, his character, his compassion, his gentleness by the man you elevated to our highest human platform.

Ask Jesus about the kind of world he was trying to usher in when his feet were on the planet—and how this President is doing anything to make it a reality in these days.

And if you can walk out of that worship gathering into another Sunday afternoon, completely unchanged and without sensing the slightest conflict between Jesus Christ of Nazareth and Donald Trump of DC, and without a trace of discomfort at the disconnect between your inner convictions and his tangible actions—pray for yourself, because you have clearly lost the plot of the one who brought the world a Good News that is now completely inaudible in these days because of this man and because of a Church that refuses to stand against him.