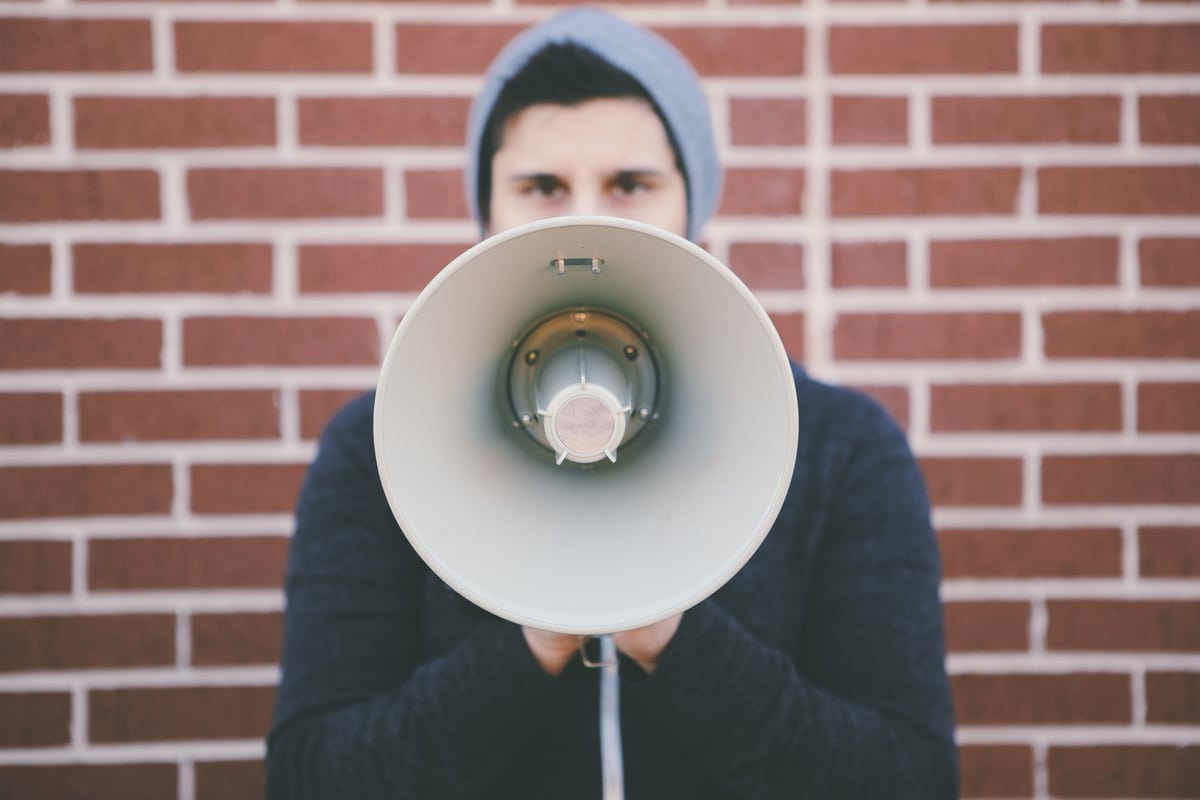 A stranger exposed me yesterday.

He visited my Twitter page after the second of two of our nation’s deadliest mass shootings occurring in the past 35 days, to announce that it was actually my fault.

Never mind that I’m vehemently anti-gun proliferation and have never owned a weapon of any kind—such minor details proved inconsequential in the face of his confident and pinpoint diagnosis of the matter.

“It’s people like you are the problem here!” he scolded. “Politicizing a tragedy, disrespecting shooting victims, and inciting hatred—you’re causing this violence!”

At first this seemed completely nonsensical, but he stated it with such conviction that I had to reconsider.

People like me?” I thought to myself. “Could I in my resistance to guns, actually be to blame for a country with all these mass shootings?”

I began to mount a fierce protest, when he interrupted me.

“You liberals and your agenda are the real danger here!”

Then it hit me.
I realized that I’d been found out.
My cover had been blown.
I’d have to come clean and cop to the charges.

I knew I needed to make a confession to my social media prosecutor and to the watching world—so here it is,

My “Liberal Agenda” is:

Thousands of people not being murdered each year in America—and professed Christians not worshiping the guns used to kill them.

Supposedly Christian politicians getting out of bed with the NRA and realizing that their expression of “thoughts and prayers” when followed with complete inaction—may as well be bullets for the next mass shooting.

Mentally ill people and criminals not having access to handguns—and asking this President and these Republican leaders why they recently removed the barriers that made such things difficult.

Condemning the truth-allergic cesspool that is FoxNews and confronting the once-rational adults who now daily drink their toxic Kool-Aid with non-fake news otherwise known as reality.

Contending that people fortunate enough to be born in America aren’t more inherently valuable or more deserving of liberty than those who were not born here.

Asking why, in their rabid defense of the 2nd Amendment—do American gun lovers willfully overlook both the “well-regulated” and “Militia” portions.

Wondering why these same folks seem far less passionate about the 1st Amendment, when people like me suggest that their guns and their gunlust may actually be the gun problem we have here.

Asking why America has the highest gun homicide rate of any developed country—and suggesting it has something to do with the NRA’s influence on the gun laws of this country, the number of guns in the system, and the cowboy culture around them.

Calling out the celebrity evangelists who’ve completely cast aside their calling, betrayed faith tradition, and discarded their namesake—all for a Supreme Court seat and the favor of a President who bears no resemblance to Jesus.

Pushing back against Nazis, white supremacists, and racists—whether they’re marching in the streets with torches or marching through the Oval Office and the House with discriminatory legislation.

Exposing a white Evangelical Church that passionately cultivates contempt for LGBTQ people, for Muslims, for non-Christians—and wants to escape culpability for the violence this visits upon them.

Demanding professed ‘pro-life’ activists have as much regard for life outside of the womb as for life within it—long after it leaves the birth canal.

Affirming that God is neither white, nor male, nor American, nor Christian—and that God doesn’t specifically bless America.

Demanding that no one have to choose between life-saving care or paying their mortgage.

Opposing any religious tradition that attempts to contest with musty doctrine, what Science has made clear about this world.

Insisting that the air we breathe, the water we drink, and the planet we’re sitting on be protected from degradation—not subjected to it by those of us fortunate enough to be here.

A diversity, equality, and justice that make room for more than just white American, Republican Christians.

Yeah, you know—now that I see it all in black and white like this, I suppose it is dangerous: fewer guns, more barriers to having them, less money for gun lobbyists, Christian politicians and leaders who actually resemble Jesus—and equality for people despite their gender identity, sexual orientation, physical condition, religious tradition, pigmentation, or nation of origin.

I could see how someone could view that as a problem, how it could be threatening.

And I’m guilty as charged.

91 thoughts on “My Liberal Agenda”