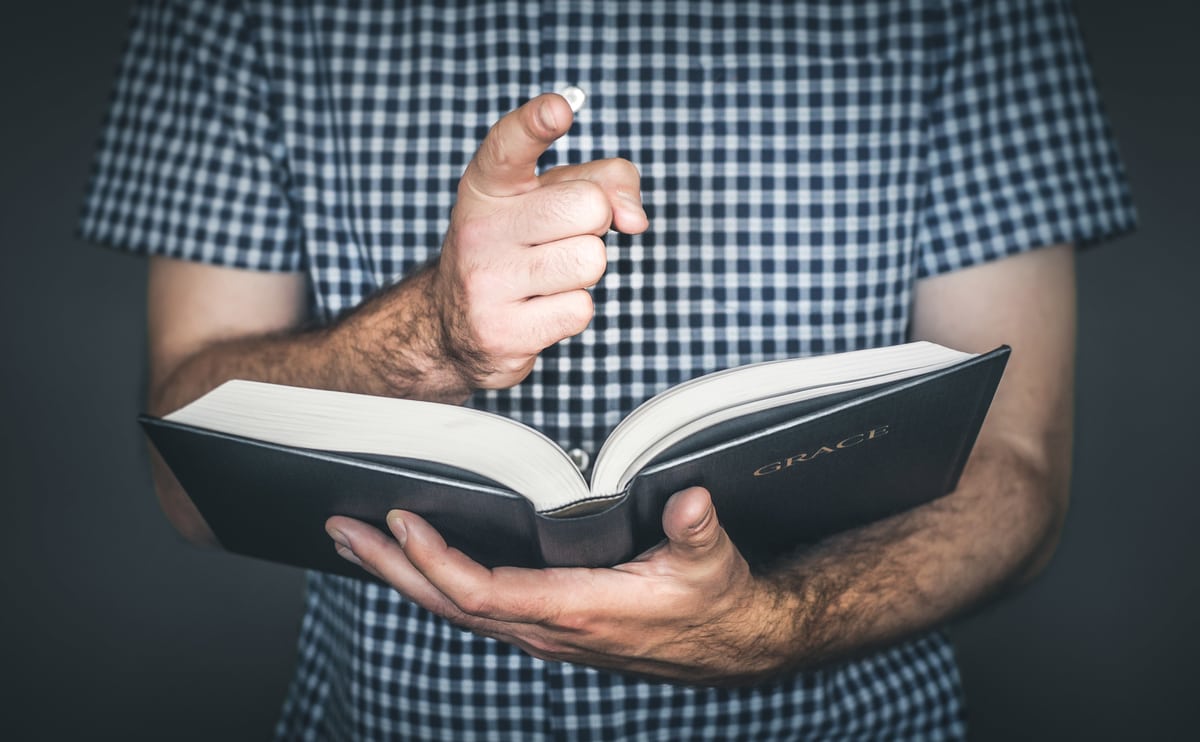 Donald Trump has reportedly banned the CDC from using the following words in their policies, budgets, and communications:

This is not exactly true.

This is not Donald Trump’s handiwork.
He is not the author of this list.
He isn’t smart enough to come up with a combination of words so perfectly synchronized to hurt and silence marginalized people.
Only Evangelicals can do that.

As a Christian and twenty-year pastor, one who’s served for much of that time in the American Bible Belt—the list is eerily familiar.

It’s the extreme Evangelical Christian Right’s signature mix tape, the careful curated playlist they’ve had on heavy rotation in their indie gatherings for the past 60 years—only now it’s getting wide release, thanks to the monster they’ve aligned with; one who’s perfectly happy to disseminate it to keep their union intact.

Every sick, perverse Right Wing religious line of attack is there within those words:

A disregarding of scientific fact in favor of necessary religious mythology.
The unrelenting demonizing of the LGBTQ community.
The hyperbolic vilifying of those defending a woman’s right to choose.
The neglect of the poor and marginalizing and coddling of the wealthy.
Open contempt for people of brown skin, foreigners, immigrants.
Historic misogyny and raging white supremacy.

The list is a bulleted seven-point Sunday sermon outline, the kind that’s been given every weekend in pulpit pounding churches by spitting, sweating, furiously angry white men—who tell people the sky is falling and assure them only a vengeful white God can hold it up. They’re a list perfectly designed to leverage the fear Bible Belt Evangelicals work specifically and almost solely in.

These seven words are not the work of Donald Trump. He can barely craft a coherent Tweet, let alone compose a brilliant bit of subtle violence like this. This list is a wicked witch’s brew, crafted by the preachers and pastors and religious universities who’ve sold their souls to this President in order to get the market share that their extremism wouldn’t allow naturally. These words are written in the unmistakable hateful hand of the Pences, the Falwells, the Dobsons, the Grahams, the Southern Baptists, pro-lifers, and Family Values crusaders—and they’re tailor-made to legislate the Evangelical’s elevation of cisgender, white, wealthy Americans. It is mass murder without truck bombs and AK-47s. It’s domestic terrorism, just with less obvious weapons.

And it’s the kind of thing that would make Jesus turn over damn every table in sight, were he able to stop vomiting long enough to do so.

America is not a theocracy but it soon will be, unless people of faith and those who hold no spiritual tradition who recognize and abhor such religious extremism—oppose it loudly and continually. That this kind of forced compliance is the antithesis of the life and teachings of Jesus, as well as the Constitution. Both argue loudly against what’s happening here.

We cannot allow faith-based bigotry to become the law of the land here or we no longer need claim this nation a place where Life, Liberty, and the Pursuit of Happiness matter. We can give up that whole Land of the Free, Home of the Brave garbage.

This CDC list is not random, it’s not impulsive, and it’s not the work of a bumbling, unintelligent, fraud like Donald Trump.

It is a deliberate, careful-crafted, dangerously precise work of white Evangelicals who aren’t going to watch their faith tradition die without taking out a whole lot of innocent people as it does.

This is what terrorists do.

And it’s what good people need to stop them from doing.

119 thoughts on “The Banned CDC List is Religious Right Terrorism”