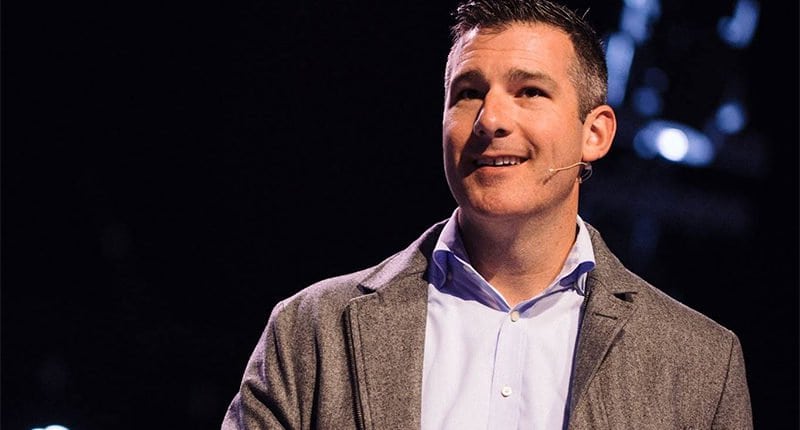 There are days when the monsters make themselves so visible that you can’t avoid seeing them, as much as you’d like to.

On a recent Sunday morning, Pastor Andy Savage received a standing ovation from his Memphis megachurch congregation, when from the stage he admitted a “sexual incident” with a high school student in his care in 1998—saying that he had “sinned.”

Savage claimed that he had told church leaders at the time, that he believed the issue had been “dealt with” and that he did not realize he still had “unfinished business” with his victim.

Sexual incident? It’s sexual assault, pastor. It’s rape.
Sinned? You committed a crime.
Dealt with? You covered it up with the help of powerful men around you and hoped it would remain concealed while you profited from your position.
Unfinished business? It’s called accountability, paying for your crimes, and admitting the irreparable damage you’ve done to a human life.

We see the sheer scale of the moral sickness laid out in front of us in Savage’s story:
A reckless misuse of the trust of a young person he was charged with caring for.
A leveraging of his power and position in order to silence her after violating that trust.
A local faith community of professed Christian leaders, more concerned with self-preservation than protecting children from predators on the payroll.
A Bible Belt Christian community now willing to look the other way from the most horrific behavior in order not to see its own ugliness.

Andy Savage’s criminal manipulation of a teenager, his deception in the wake of it, church leadership’s concealing of it, and his congregation’s current adoration in the face of it all—is the kind of cancerous sickness I and others like me have been pushing back against. It’s the worst bastardization of the message of Jesus and a complete perversion of pastoral care.

As a twenty-year student pastor, I grieve it all fully.

Power and trust are the minister’s most valuable currencies, and they can either be treated with reverence, allowing us to nurture young people through the most turbulent of days—or manipulated in ways that do irreparable damage.

Student pastors are given sacred proximity to young people who look up to us, who look for evidence of Jesus in us, who make themselves vulnerable because they believe themselves safe in that vulnerability. If we fail these teenagers in the way Savage did, we don’t only betray that trust, we destroy their sense of security, we alter their sense of identity—and we pervert their image of God by making God a co-conspirator in the violence we perpetrate against them.

Andy Savage’s crimes against this young woman are beyond defense or explanation, but some things are equally reprehensible:
The code language he wielded when speaking publicly about it all; the way he attempted to minimize it with antiseptic words that belie the depth of the filth and the reality of the violence.
The using of the moment to somehow fashion himself as the hero; the flawed, repentant man of God confessing his sins and to a quickly forgiving multitude.
A community of supposed followers of Jesus so willing to applaud it all, so ready to give him a pass, so seemingly lacking any compassion for a young woman and young people like her, who are violated in the places they should feel most secure.

I shudder to think how many Andy Savages there are out there leveraging the trust and power that come with their position in order to satisfy their sickness.
My heart breaks at the number of young people who find themselves secretly carrying the guilt and shame heaped upon their shoulders by leaders who would victimize them a second time by silencing them.
My blood boils at professed spiritual leaders, whose ol’ Jesus Boy’s Club still protects predators and deviants and calls it religion.
I grieve the number of men and women filling churches across this country, who will gladly erase two decades of violence and deception by their leaders—in exchange for what amounts to little more than a self-serving, sanctified Sunday morning photo-op prior to passing a collection plate.

God help the predatory pastors, and the monsters who allow them to do monstrous things to young people.

A note to survivors of pastoral violence:

To the young people reading this who’ve been violated by those claiming to represent Jesus: I am so very sorry you’ve had to walk this road—and I’m equally sorry for the Christians who’ve further victimized you by excusing, concealing, and applauding them. I’m sorry for those who minimized your trauma or failed to believe you or failed to protect you. This was not your fault. It was their fault.

I can’t fix the things they’ve broken or undo the damage they’ve done or erase the memories you live with. I can’t help you make sense of it all because honestly it doesn’t make any sense.

I can only tell you that I grieve the pain you’ve endured, the fear and the shame you’ve been unfairly forced to carry. You don’t deserve these things. I would take them from you if I could.

It may not help, but I want you to know that there are pastors, ministers, priests, and youth leaders who are horrified by it all too; men and women who exist to be that place of safety and rest for people, who treasure the trust of those in their care, who feel sick knowing that you’ve been injured in this way.

There are faith communities out there who are fully disgusted by what you’ve had to endure; who would stand with you, cry with you, grieve alongside you.

But this has happened to you, and your trust was betrayed, and you have had to walk through this hell because of professed Christians—and so I know that doesn’t really matter.

More than anything, I just want you to know that you are far more than the terrible thing that was done to you; that you are beautiful and loved and deserving of good things in this life.

Please don’t carry your sadness in silence because it is too much for you to bear alone and you shouldn’t have to.

If you need a place to share the weight of this, please reach out here, or to the people below who are for you.

Be comforted and lifted and encouraged today.

64 thoughts on “Predatory Pastors and the Monsters Who Make Them”