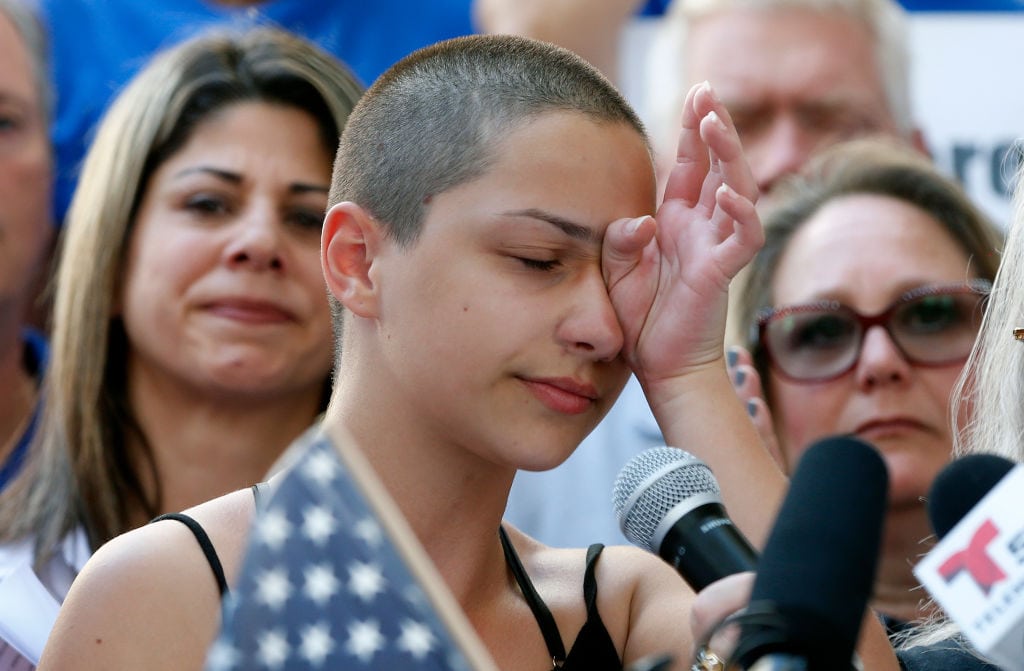 A little child will lead them all.

For the past few days I’ve been seeing superheroes.

Superheroes like Emma Gonzalez, a teenager standing in the middle of unthinkable grief, speaking the boldest, most courageous truth to a country starved for it and to leaders willfully resistant to own it.

In days that should be filled with college preparations, prom planning, and the glorious wide openness of her senior year, she has become the prophetic voice of shared outrage at our national failure.

But thank God she is.

And Emma is in good company. The students of Marjory Stoneman Douglas High School and those standing in solidarity with them, have been catalyzed into action by nightmares no young person or anyone outside of a war zone for that matter, should understand.

They are leading us in these days; demanding that we see them, insisting that we look in the mirror, imploring us not to devalue the lives of their fallen friends by doing nothing—again.

And what is simply beyond comprehension, is that there are people arguing with and attacking these young people.

There are supposed adults, telling Emma and those standing with her, that their anger is misplaced, that their cause is the wrong one, that they don’t understand the complexities of the issues.
There are politicians figuratively patting them on the head and continuing to rake in the blood money they’ve made such peace with.
And our children aren’t having it.

Teenagers have a really low tolerance for bullshit, which is why they are speaking with such clarity and conviction right now.
It’s why they mince no words and reject every bit of verbal gymnastics about the 2nd Amendment, and about liberty, and about guns not killing people.
It’s why they unapologetically raise a strident middle finger to the sinful sham of “thoughts and prayers,” because they know that the friends and teachers they lost deserve a heck of a lot more than that.

Gun-Loving Adults, these young people know what they’re talking about. They shouldn’t, but they do.
They’ve seen horrors that you and I have never seen; the kind we pray every day our children never see.
They’ve been put through hell, and you don’t get to tell them why they’re wrong.
This isn’t the time to tell us why you love your guns, or to share anecdotal stories about people stopping crimes with AR-15s, or to offer condescension to these teenagers, as if you understand something they don’t.
This is the time to shut your mouth and yield the floor to them.
This is the time to have some reverence, because you are the in presence of heroic young people.

They’re telling you that they are fighting for their lives and that you’re fighting on the wrong side.

Be quiet and listen to them.