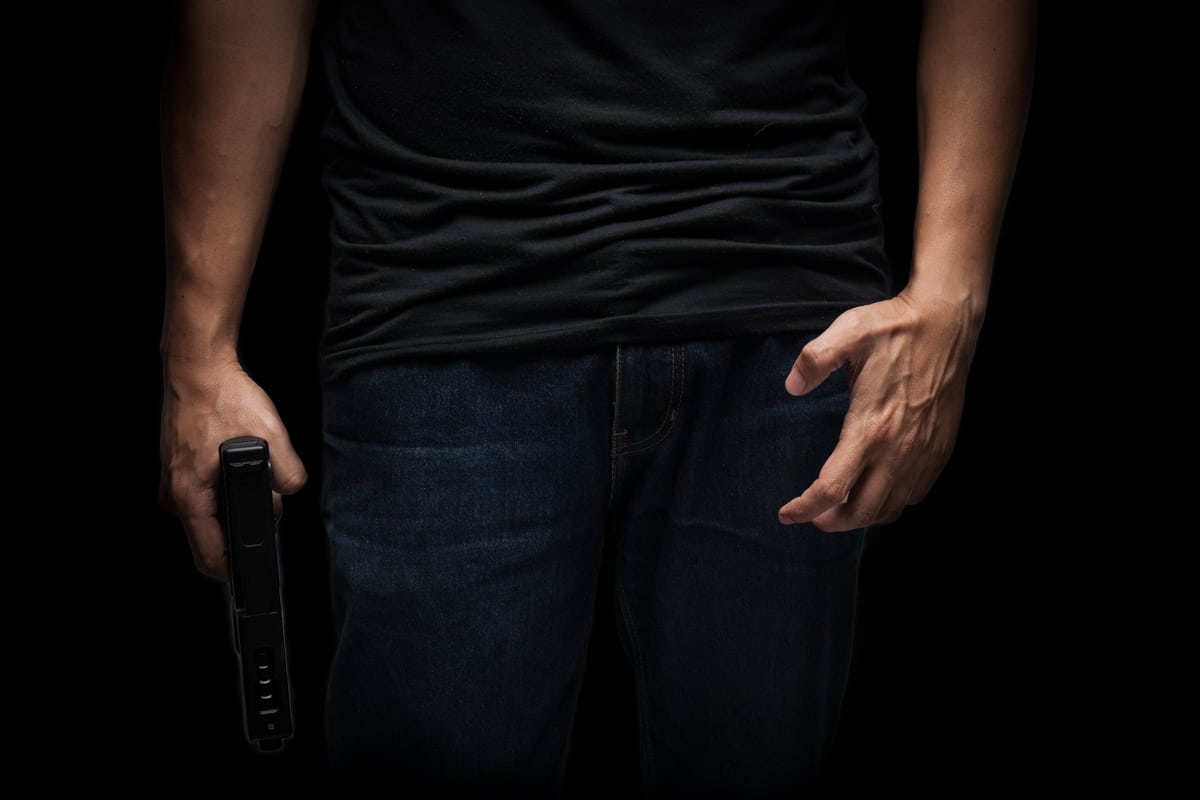 Can we just be honest, here?

This isn’t about the Constitution.

I know you say that it is, and admittedly you sure do name-drop it an awful lot in our interactions.

On the surface, you seem really passionate about the document—at least while you’re trying to somehow connect the dots between well-regulated Militias and muskets—and the present proliferation of high-powered, military grade weapons specifically designed to expediently kill lots of people.

That in itself would be an absurd correlation to try and make, which seems obvious to the rest of us:

As they drafted the 2nd Amendment, the Founding Fathers certainly would have never dreamed of tools of such quick carnage, so easily attainable by the mentally ill, the unstable, the young, and the angry.

They couldn’t have foreseen one of our political parties fully beholden to a fringe group of violent radicals like the NRA; contributing millions upon millions to our elected officials in exchange for legislative protections and bully pulpits.

There would have been no way for them to anticipate the culture of wanton weapon lust we’d have cultivated here; the gun shows and trade expos and merchandising—or a secondary market where any pissed-off person with enough cash can accumulate enough ammo to level a city block.

Invoking the 2nd Amendment in light of such things is a fairly nonsensical tactic, if you really think about it—and we have.

But even if we agreed on what the document says you’re allowed as far as firepower, I’ve noticed that you don’t really love the Constitution—at least not for everybody and not all the time:

You have little regard for freedom of the Press (at least for non-Fox News outlets). In that case, you’re normally fine with a President using his platform and office to discredit, malign, and make an enemy out of it. The Bill of Rights, in these moments is far less pressing for you.

As fond as you claim to be about the Second Amendment, your love for the First, doesn’t seem quite as unconditional or fervent. You tend not to want people to speak freely if they’re not white, anti-abortion, Christian Republicans. If they claim that Black Lives Matter or they’re LGBTQ-affirming or they acknowledge climate change or they favor sensible gun reform—the last thing you want is for them is the freedom to say so.

From what I’ve seen, you also really aren’t that big on religious freedom either (Conservative Evangelical Christianity excluded). I don’t see you rushing to the defense of Muslims being persecuted and marginalized here as a result of the open hostility created by this President. In fact, you usually applaud it.

And I can’t help noticing that you’re decidedly against the Constitutional rights of people to protest, if they’re black or professional athletes or teenage shooting survivors or women with pink hats. No, in those cases you’re pretty quick to shut that sh*t down—Constitution and inalienable rights be damned!

You’re dead set against illegal searches, and of people’s rights not to be harassed in their homes and at their workplaces and in their cars—unless of course they fit the profile of the kind of people you’re okay enduring such things. (You know the ones I mean.)

In other words, you have a lot to say about the sanctity of the rule of law—unless the people you voted for disregard it for whatever reason. (And they do quite often these days.)

In the end, all your flag-waving fervor and your constant Constitution name-dropping and your America First rhetoric—that’s not what this is about at all.

This is about you and your guns.
It’s about how much you love them; about how big and strong they make you feel.
It’s about the cowboy fantasies you have in your head and the mythology you’ve created about “good guys with guns”—and you think you’re the good guy.
It’s about your idolatry of the weapons themselves; about you not being willing to suppress your passion or reconsider the status quo or bend an inch—even to save the lives of millions of other Americans also trying to cash in on that Life, Liberty, and Pursuit of Happiness stuff you want for your self.

If that wasn’t the case, you wouldn’t be so strident in opposing sensible gun reform, you wouldn’t be ignoring the NRA’s influence on our political system, and you’d be a lot more zealous regarding the rights of people now living in a country awash with weapons.

If you were all-in on an America where the freedoms and opportunities our forebears had in mind, were indeed fully available to all who come and reside here, we’d be able to have a productive conversation about what the 2nd Amendment should mean at this place and time. (And it doesn’t include AR-15s.)

We could find a place of compromise that would make everyone here safer.

But I don’t think that America is the one you claim to love and value and defend—or have that much interest in.

I don’t believe that sprawling, diversity-protecting, equality-defending Constitution is all that vital to you.

I think you just really love your guns, far more than any of the human collateral damage crested by them.

Just a shot in the dark.

46 thoughts on “Gun Lover, This Isn’t About the Constitution”