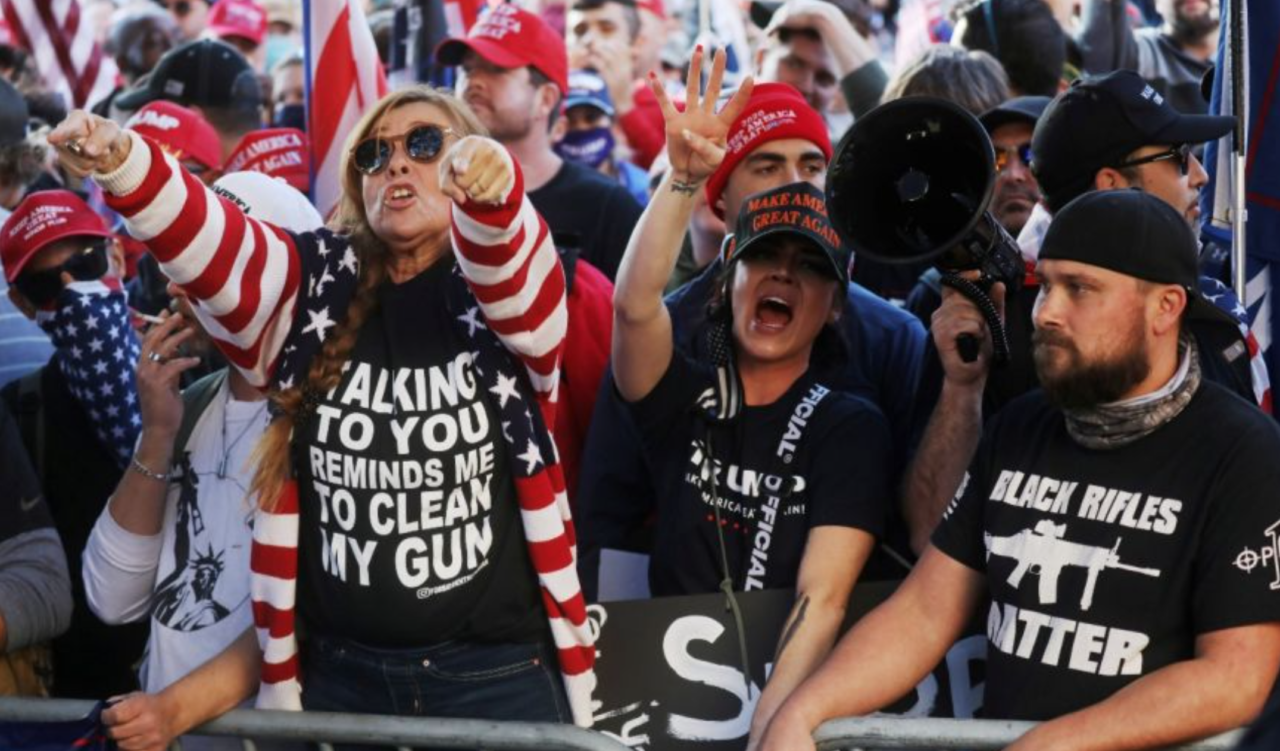 Every time I see them, this is the word that prevails.

Whenever I encounter a supporter of Donald Trump on social media now, or scan the crowds at his propaganda rallies, or see his surrogates bloviating on talk shows or pounding upon pulpits, I am left with the same conclusion: they are a people bereft of joy.

The emotional deficit is continually on display:

In their contorted, sneering countenance; in their so readily brandished middle finger; in their steady spit shower of verbal filth. With each angry gesture and with every slandering epithet, they reveal in high-definition detail what it looks like when someone loses the light inside them.

War does this to the human heart. These people are at war with the world.

The world in their heads is composed almost entirely of enemies and adversaries—and as a result they are perpetually disgusted. If I had that many threats to fight, I’d be unendingly pissed off too. I’d probably pity them a lot more if I didn’t have to endure them.

These are the wildest of ironies: they had their president for four years, their politicians commandeering Congress, the Supreme Court tilted in their favor—and yet they still now manage to feel themselves oppressed, still picture the world unfair, still rage against a machine they’ve made and are part of. So many of them claim faith in Jesus, and yet live in almost polar opposition to his example.

The only time they do smile or show anything resembling joy, is to reflect the arrogant, self-satisfied sneer of their leader; almost always in the face of someone else’s heartache or misfortune, almost always when someone else loses something. They only happiness they seem capable of manufacturing, is in response to pain.

I try to imagine what it feels like to be so afflicted with contempt for the planet: to be so viscerally sickened by the breadth of diversity around me, to be relentlessly in a fear-birthed battle posture—but I can’t.

Thank God, I can’t. If you can’t imagine it either, consider yourself fortunate.

I realize that this has become the difference now; the dividing line in this version of America. It is between joyful people and miserable people; those who live open-handed toward the world and those whose fists are balled tightly; people who are driven by compassion and those fueled by anger; people who want a bigger table—and those feel it belongs solely to them.

As disheartening as it is to witness people this internally toxic, it’s a cautionary reminder of who we do not want to become, of what we can’t let the fight do to us.

We have to fight to keep goodness inside us, despite the outside badness; to never be defined by how many things we hate.

I want my default response to this life to always be hope and not derision.

May we who oppose this national malignancy, never become so devoid of lightness that we resemble those who celebrate it.

May we never applaud someone’s suffering, never weaponize our religion to do harm, never grow comfortable with hearts that are only capable of anger.

May we never lose our laughter, our softness, our lightness in this life.

May we never become as miserable as those who support our former President.

That is when we know we’ve really lost.

299 thoughts on “The Miserable People”