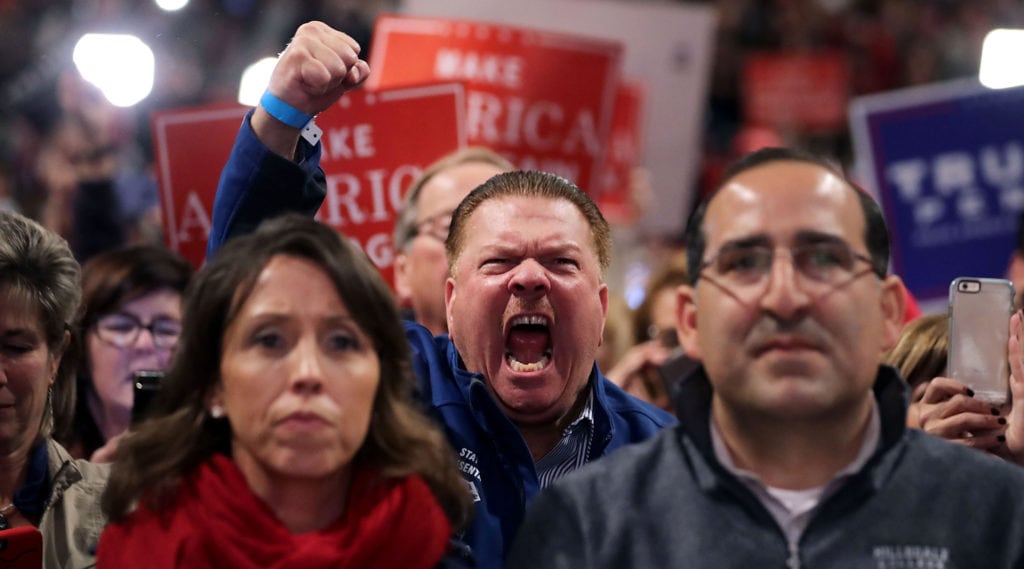 There’s an old saying: “When the horse is dead—dismount.”

I’ve tried not to assign motive to them, not to speculate as to why they voted the way they voted, not to believe they consented to every cruel thing their vote birthed and enabled.
I’ve tried not to caricaturize them; not to make them into one-dimensional stereotypes, not to treat them as some fictional other whose presence posed a threat.

I’ve tried appealing to their sense of decency, to their capacity for compassion, to their faith in Jesus.

I’ve quietly endured thousands of their racist outbursts and homophobic rants on Twitter and at neighborhood picnics and across the Thanksgiving dinner table—in the hopes that I could find some vulnerable place beneath their fear to access later.

I’ve tried buoying pep talks and firm tough love and expressions of kindness and straight-talking challenge and attempts at affirmation.

I’ve tried discussing theology, tried sharing stories of oppressed communities, tried to offer facts in the face of a million lies generated by their President, tried to show the lessons History has already taught us about the slope we’re currently sliding precipitously down.

They have all failed to reach fertile ground.
Nothing has worked.
It’s all been fruitless.

People have warned that we should treat these people with kid gloves; that explicitly expressing anger or pointing out criminality or vocally opposing injustice right now will only drive them deeper into their entrenched positions. That’s a fairly dire assessment.

If adults are that fragile in the face of reality, that willing to deny country and humanity simply because they’re offended, that thin-skinned and prone to mutiny—their dispositions aren’t really a burden the rest of us should or could bear.

We don’t come to this understanding with any joy or self-satisfaction—we come to it with sober despair and the deepest grief, because we know practically speaking that right now they are unreachable.

It’s one thing to have held out hope for them on November 9th, 2016, but at this point, I’m not sure any miraculous moral awakening or conversion of the heart is possible.

If their consciences and compassion and reason have not been accessed and unearthed by now, I’m concerned those things will never be forthcoming.

And since these people will not be moved, the rest of us need to move together.

Democrat, Republican, and Independent,
the deeply devout and the passionately irreligious,
people of every pigmentation and persuasion—we need to move in concert, to affirm our shared regard for one another, and to vote to restore balance in something we all love that is teetering wildly.

This isn’t a battle to change the minds of the few who refuse to be changed. That horse is dead.

It also isn’t a test to see if we can manufacture the same hatred and vitriol for them as they dispense toward us.

This is a golden moment for the vast, sprawling army of good people who believe in the beauty of diversity and in a fully accessible America to speak unequivocally—on our social media profiles, at family gatherings, in our church meetings—and most of all, in the voting booth.