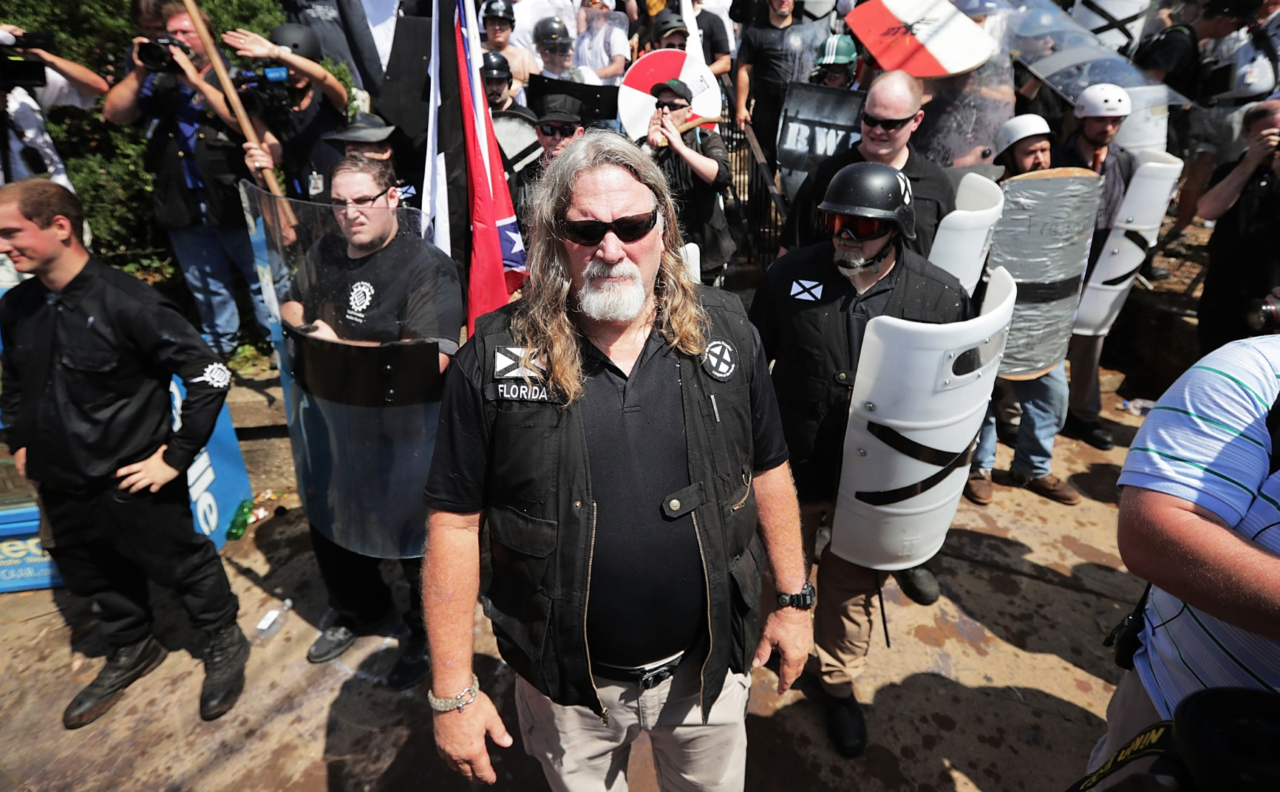 They have the ability either to create or to destroy, to lift us or to level us, to give us wings to crush us beneath their weight, to inspire us to reach the loftiness parts of our nature or to drive us to the depths of our blackest darkness.

We know this from the way other’s voices have shaped us in both redemptive and debilitating ways.

The words of others can become for us the language for all we harbor unspoken in our hearts; every unfulfilled longing, each unhealed wound, every beautiful aspiration, all the cataloged defeats, each perceived wrongdoing.

And the words of powerful people become catalysts for revolutions; hubs around which multitudes gather in tribes of affinity to create the world they dream of, whether hopeful or horrific. Religious prophets and pop stars and political leaders all tap into the hearts of people in order to move those people’s convictions from heart to hand—to move them.

Violent white nationalists are the logical manifestation of the language of this President.

They are the sum total of his every reckless insult, irresponsible untruth, and calculated attack; the disfigured Frankensteined monster, made from every factless conspiracy theory and incendiary rally rant, each corrosive verbal assault on people of color and immigrants and women and the media.

Men who walk into mosques and shopping malls and murder strangers are the clear accumulation of a seemingly endless Presidential Twitter feed, filled with nonsensical ramblings, spewed from the head of a man who feels no accountability for the collateral damage of his words—either on those who are his targets—or those weaponized by him against them.

The words of a President weigh more than perhaps anyone else’s. There is a gravity to the voices of our leaders that corporately shape us in ways few things do. They have always determined the trajectory of our nation, carried us through unthinkable tragedy, clarified who we are as a people, driven us to reach for dreams that we believed were beyond us.

The words of a President, when wielded responsibly and with decency, help us to tap into our shared humanity; to remind us of our interdependence, of our commonalities, of the responsibility we have toward one another.

But when tossed around carelessly, the words of a President (like this President), ratify people’s phobias, stoke the fires of their bitterness, sanction the violence they cultivate in their heads, legitimize their irrational bigotry toward their neighbors.

Mass shootings in the name of whiteness aren’t a surprise.

They may be an terrifyingly extreme extension of this President’s words, but they find themselves on a long and growing continuum of millions of angry, scared, unloved, people who believe the world has wronged them—and now have someone (the most  powerful someone), to tell them that they are right.

Whether it’s in racial epithets screamed at strangers in traffic, xenophobic signs posted near voting booths, venomous racist social media diatribes from grandmothers, xenophobic outbursts at holiday meals, or vans plastered with anti-media propaganda—monsters are being made by this President’s words.

White terrorists are monsters this President has helped create in unhinged campaign rants and social media tantrums and “lock her up” chants” and dehumanizing rhetoric—and the worst of it all, is that he seems oblivious to his culpability, defiant in his outrage, and determined to double down, no matter how many people he places in harm’s way.

He refuses to use his words for anything but division and injury and enmity, and so those so desiring war, those seeking consent, those who share his cancerous heart—find license to be horrible. They have a virtual  Executive Order for violence.

This President is a monster-maker.

It’s time we admitted it.