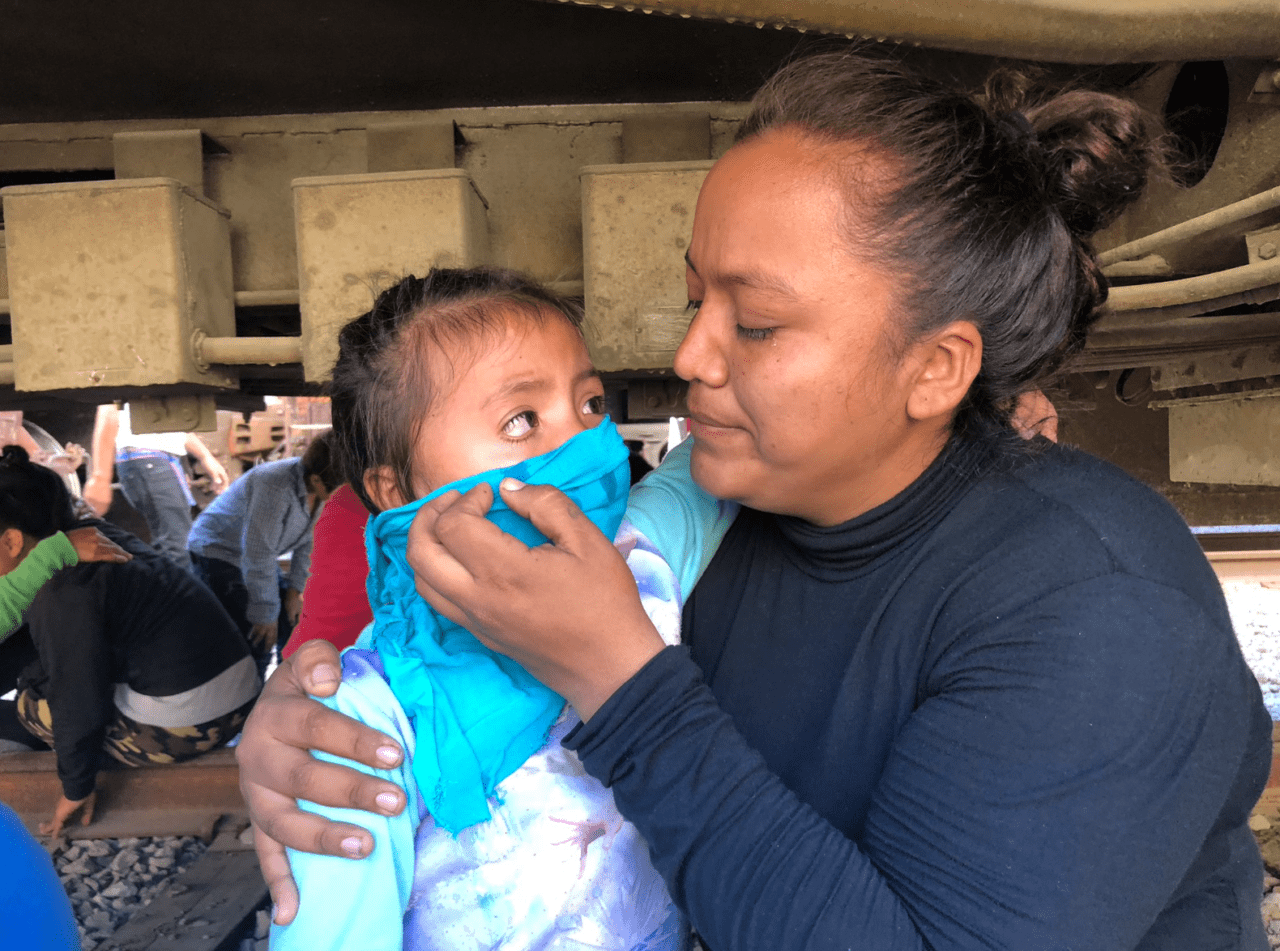 Faith can be a difficult thing to quantify.

Generally speaking, it’s nearly impossible to discern someone else’s religious convictions, the authenticity of their confession of belief.

But sometimes you’re able to see the disconnect clearly. Sometimes the cognitive dissonance is so profound, that it really can’t be argued with. Once in a while, you see people responding in a way that is antithetical to whatever spirituality is supposed to look like.

This week I’ve seen millions of professed Christians do something no Christian does—at least, no Christians who give half a damn about Jesus; about emulating his example, about perpetuating his life, about, you know—actually doing as he did..

Christians don’t applaud tear-gassing mothers with children in their arms.

When Jesus said, “Let the little children come to me, and do not hinder them,” he was expressing his heavy burden for and his solidarity with, those most vulnerable, those most overlooked, those whose voices are so often rendered silent. He was commanding people following him, not to be a source of injury to the already injured. He was unequivocally telling them, as he did over and over again—that his people would be marked by compassion for the hurting.

The Jesus of the Gospels spent his life with the street people, dining with the common rabble, sharing tables with the unwanted and despised, touching the lepers, saying that he would come disguised as beggars and prisoners.

Jesus would be fully sickened by a Government using chemical weapons on families seeking sanctuary.
He would be overwhelmed with grief, watching people desperately feeling violence being met with more violence.
He would be horrified hearing people claiming to be his followers, trolling them on talk shows and twitter feeds and in press conferences.

I’ve heard all the callous FoxNews, GOP, Evangelical nonsense about “doing it the right way,” about “not breaking law;” that because they aren’t “going through the proper legal channels,” these parents are somehow culpable for their wounds and their trauma. (These folks obviously haven’t read the Bible story of Jesus’ parents fleeing to Egypt to escape the widespread bloodshed ordered by Herod—either that, or they’d have been fine gassing Jesus, Mary, and Joseph.)

This is certified, sanctified, abject nonsense.

When wildfires devastated California a few weeks ago, we marveled at the courage parents showed trying to save their families from the encroaching flames; braving all manner of terrors and threats to try and protect those they loved. No decent human being would have condemned or chastised them for breaking a traffic law, or for trespassing while attempting to escape being burned alive. We know that the instinct to survive takes over when danger feels imminent, and we also know that humanity trumps legality.

Why in their, or any other God’s name, do these so-called Christian people, imagine those fleeing gang violence and genocide and poverty—merit any less empathy? Why don’t they have the same consideration for the kind of fear and desperation that would drive a mother to walk hundreds of miles with their children?

And Jesus would be receiving these exhausted human beings with outstretched arms, not with a barrage of gas canisters or with contempt or with mocking jokes or with head-turned apathy—and there’s really no way around it.

If you profess to be a Christian, and you can’t at least attempt to understand how at the end of their ropes these people must be to traverse for days with all they have left on their backs and in their arms—you’re gonna need to do a whole lot better, or you may as well call it a day on claiming faith.

If you find yourself applauding or defending or being silent, while families are tear-gassed trying to find safety and refuge from unthinkable sorrow, you should probably forget that whole Christian thing.