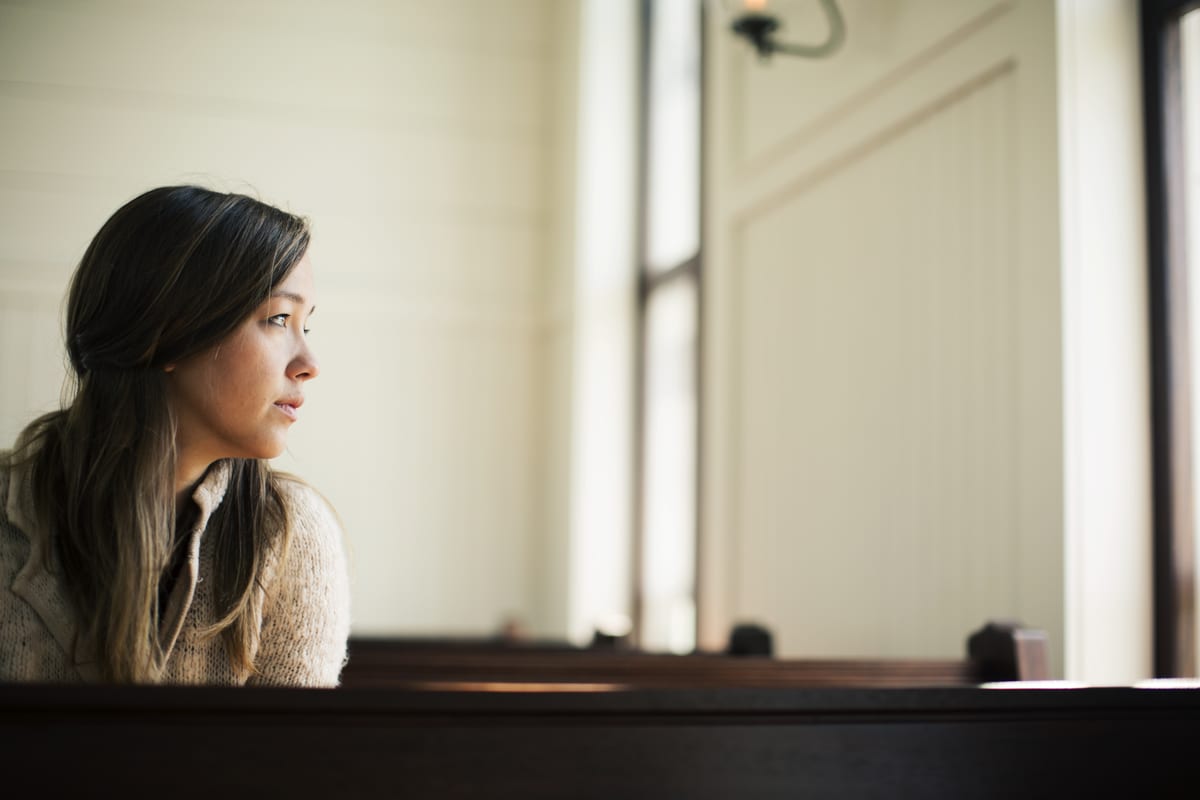 You’ve probably seen the ubiquitous meme floating around, or at one point or another you’ve posted or expressed the thought contained in it: I CAN’T ADULT TODAY. It’s the idea that whatever it is that is required of proper responsible grown-up human beings, one is simply not presently capable of it.

I’ve been a Christian for most of my forty-nine years, a pastor in the local church for twenty-two of them. And on far too many mornings recently, I’ve woken up, checked Twitter or watched the news or walked away from family conversations or church gatherings, and thought to myself,

I can no longer be tethered to this thing that is so toxic and so painful to so many.
I can’t wade through any more bad theology and predatory behavior from pulpit-pounding pastors, who seem solely burdened to exclude and to wound and to do harm.
I can’t sift through all this malice and bitterness masquerading as Christianity to try to find what of it is left worth keeping.
I can’t do any more facepalming while reading celebrity evangelist’s Tweets, or seeing the viral video of joyless people spewing racist fast food restaurant rants, while saying they follow the same Jesus I do.
I can’t apologize anymore for people who are willfully hurting other human beings in the name of a God they preach is love.
I can’t align myself with the human rights violations and overt racism and rabid nationalism that is defining Christianity in America.

If being a Christian, now means supporting openly racist candidates and excusing sexual assault claims and demonizing immigrants and worshiping America—you can count me out. You can keep that God.

Maybe you’re a Christian who understands this exasperation. Maybe you’ve had the experience of a thing you once felt at home in, suddenly feel like foreign soil; a religious worldview that was solid bedrock, suddenly begin to shake; stuff you knew that you knew that you knew—that you’re no longer certain of. You might be living in the tension of being associated with something that you suspect may be causing more harm than good. I get you.

I find myself in two battles lately. I am simultaneously fighting both with and for my faith tradition; some days working passionately to convince disillusioned people to stay there, and other days telling them to run, like it’s Godzilla about to squash them, because I know how much destruction it is causing, the way it is preying upon vulnerable people, the corrupt power it wields against the already marginalized.

Given this, I find myself asking a question that I’d like to ask of similarly frustrated followers of Jesus: “Is Christianity helpful anymore?”

Not is it true or real or provable or noble—but is it helpful? Is it leaving a net effect that is redemptive? As we seek to be agents of compassion in the world, and as we interact with people who more and more don’t know the Jesus story—only the story they experience through Franklin Graham and Alt-Right Proud Boys and bathroom bills and Muslim bans—is claiming this faith now a liability?

Is the name Christian now so inextricably entwined with misogyny, bigotry, and homophobia that it cannot be untangled?
Now that it has been so politicized and weaponized by a political party for its own gain, can we ever hope to redeem it?
Have we lost the battle for the name of Jesus—with the wall builders and the homophobes and the white supremacists?
The answers don’t seem encouraging.

Not long ago I was having a Twitter exchange with a woman who said she was a queer agnostic. We were talking about the way Bible Belt Evangelicals have sold their souls and thrown their support behind unapologetically racist political candidates; the way they’ve bullied sexual assault survivors and demonized immigrants and made an idol of the flag—and I implored her, “Don’t be swayed by this! This violent, perverse thing isn’t Christianity!” to which she replied, “Actually John, it is Christianity. By and large, this has been my experience of Christians. This is the rule: all this venom and fear mongering and sexism. You’re the exception. You’re the outlier. You’re the strange one—your “heresy,” is why I like you!” In other words, the idea of an empathetic Christian, seems like an oxymoron to her.

I’m suspecting she speaks for many people in America. I imagine that more than ever, Christianity here is synonymous with bigotry and intolerance, which means compassionate, equality-loving, diversity-welcoming followers of Jesus may need to make a difficult choice. We may need to secede from this thing in order to fully live it out. We may need to lose our religion to hold on to our souls.

Honestly I don’t know if Christianity on balance, is helpful anymore. What I do know, is that the compassionate heart of Jesus I find in the stories told about him, is helpful—and urgently needed. The world can use more empathetic people, doing what they can to live outwardly, sacrificially, gently—and that’s probably the highest spiritual aspiration we can have: leaving people more loved than we found them.

I want to stand with the compassionate human beings, no matter where they come from and what they call themselves and who they declare God to be, because that is the most pressing need I see in the world. I want to be with the disparate multitude who believe caring for others is the better path.

People don’t need any more heartless, loveless, joyless jerks, claiming they’re Christian while beating the hell out of them. It needs people who give a damn in a way that emulates Jesus.

When I leave this place, I’m not very interested that anyone declares me religious. I’d rather have them say, that to the marginalized and alone and hurting and invisible; that to the weary, wounded, tired people around me in this life—I was helpful.

74 thoughts on “Is Christianity Helpful Anymore?”