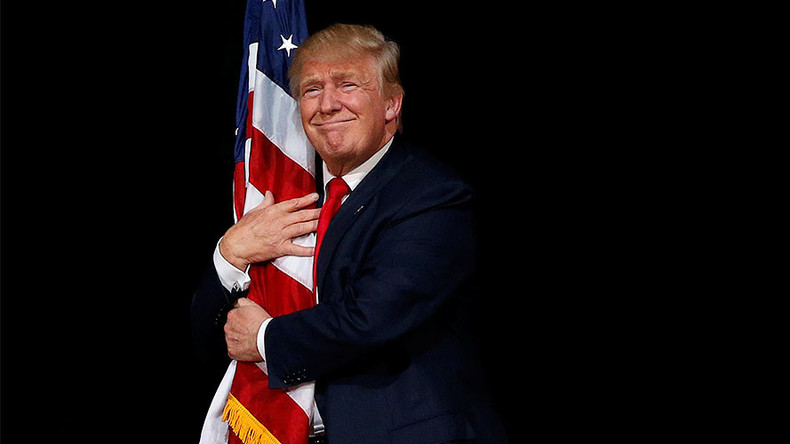 I love this country.

I don’t love it blindly, though.

I don’t love it unconditionally.

I don’t love it unreservedly.

I love it with my eyes fully open.

I see well its every deep disfigurement and garish blemish, every grotesque part of its past and every ugly bit of its present.

I see the crucible of colonialism it was formed in, the genocide and white supremacy it has been built upon and sustained by, and the insidious anti-Semitism and perverted Christian theology that has been leveraged to protect it all.

I see the systemic privilege and the toxic nationalism and the embedded misogyny that it is currently afflicted with.

And yet I love it still.

I love the country it aspires to be; the personal liberties and protections its Constitution declares as its heart, even if  those have never been fully accessed by all its people.

I love the promise of a place of willing refuge for tired, poor, huddled masses desiring to breathe deeply from the unfettered freedom it offers, though such air is still rarefied for so many.

I love it because despite its numerous, grievous flaws, it is still one of the greatest attempts at equality that humanity has made.

And it is because of this fierce and abiding affection for this place, that I grieve: because America—even with its cancerous ills and collective sins—deserves better than this President.

The millions of men and women who have given lives and limbs in defense of this country deserve better.
Service people and police officers and first responders and teachers and caregivers deserve better.
Harriet Tubman and Rosa Parks and Martin Luther King Jr and Harvey Milk and John F. Kennedy and Angela Davis deserve better.
The abolitionists and the Suffragettes and the gay activists at Stonewall deserve it.
The Little Rock Nine and the students of Parkland deserve better.
My children and your children, and the children who will inherit the planet we leave them, deserve better.

America deserves unvarnished, objective truth.
It deserves creative, imaginative solutions to complex problems.
It deserves a yielding to science and to reason and to wisdom.
It deserves measured, rational discourse on issues of difference.
It deserves a steadfast insistence on the inherent value of all human beings.
It deserves an unflinching look at our ugly history and our current cancers.
It deserves leaders whose deepest burden is to decency and country, not to party and profit.
It deserves public servants whose most pressing need is to do the will of its disparate people.

America deserves these things—but they are simply not possible at this moment, not on this President’s watch. He has no interest in unity or diversity or collaboration, or to the best parts of what America aspires to be. He is an opportunistic bottom feeder; seeking the lowest of ourselves, the worst of our tendencies, the depths of our prejudices—and this is where he will reside until he is no longer present.

The America that could be, deserves a leader of intelligence and decency and morality and integrity, and it instead must do with a man, who the entire world can testify to and that History will record—was ill equipped for, morally incapable of, and abhorrent toward such things.

The nation we aspire to become, deserves to confront its systemic illnesses, its theocratic leanings, and its nationalistic addictions, but it will never do so with a President whose entire platform is composed of such things.

20 thoughts on “America Deserves Better Than This President”