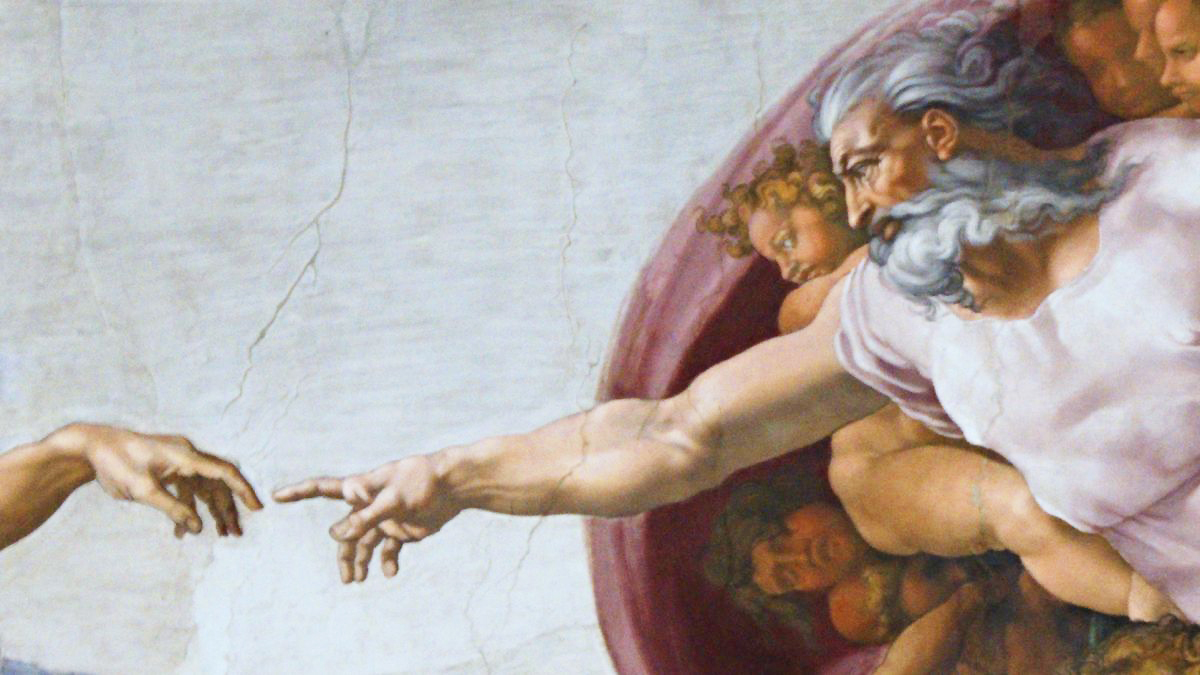 Growing up, I was taught that “He” most certainly was all of those things—and it has taken decades to comprehend how toxic and dangerous and limiting an idea that was—and to have God right-sized in my head.

Imagining God as male, first creating a man (out of which was created a woman), not only justifies all sorts of misogyny and sexism both inside and outside the Church, but gives license to all manner of ignorance regarding the breadth of gender identity and sexual orientation that actually exists. So much of the fear-fueled violence Christians have generated toward LGBTQ human beings for centuries, comes from the limiting story we’ve told ourselves.

A Christian reader, incensed at my support for transgender human beings, recently left this comment on my blog; one of many variations on this theme:

“John, God knew what He was doing. He created people either male or female. That old, gay talking point of gender fluidity is so tired.”

Yes, that “old, tired, gay talking point” that Christians can’t stand—the one from the Bible.

It says all people are made in God’s image. Genesis’ creation story (the one these folks fervent cling to and defend to the death as literal and binding), quotes God as saying,

Humans are all made in the image of a God, who defines themselves in the act of creation—in plurality.

Some Biblical scholars contend this declaration of God as “us,” is actually a Trinitarian conversation (God, Son, and Holy Spirit talking to one another, for some unstated reason.) Others point to constraints in the translation from Hebrew to Greek, that demand a plural pronoun (a sort of royal “We.”) But even if one accepts one of these explanations as suitable for the word used, there is still a question to answer:

Is the God of the Bible, maker of Humanity—simply male or female?
If only male, then women couldn’t truly be made in God’s image.
If solely female, then men couldn’t.

The only way every disparate human being could be made in the likeness of God (if we’re to use the same Bible these homophobic/transphobic Christians use), is if God both transcends and encompasses gender. If God is both male and female and neither male nor female—then this God (to quote my reader) is a “tired gay talking point.”

The truth is, even though the Bible appears on the surface, to reflect a limited and binary understanding of human sexuality befitting its ancient genesis, it uses images of and language for God, that aren’t strictly male:

Can a woman forget her nursing child, or show no compassion for the child of her womb? Even these may forget, yet I will not forget you. – God, Isaiah 49:15

As a mother comforts her child, so will I comfort you; and you will be comforted over Jerusalem.  – God, Isaiah 66:13

Jerusalem, Jerusalem, you who kill the prophets and stone those sent to you,how often I have longed to gather your children together, as a hen gathers her chicks under her wings, and you were not willing.  Jesus, Matthew 23:37

Ruach, the name for the Spirit of God in the original Old Testament Hebrew is feminine. The femininity of God is everywhere: Divinity transcending one gender.

I know that for many Christians reading this, these words feel confrontational, provocative—and quite blasphemous. If you are among them, that may be an alarm, that you’re hearing something you know rings true and is challenging the lens you’ve looked at God and other people through for your entire life. I get how terrifying such an existential crisis can be, but that fear is worth facing and the verses worth studying and the idea worth entertaining—because ultimately, understanding God as a heterosexual man, shrinks God into something comfortable, something easily managed—and something far too small to be God, if we’re honest with ourselves.

If we really believe God made every human being who has ever walked the planet, and that each of these people bears the DNA of their Creator—there is simply no way this God could simply be male or cisgender-heterosexual.

Maybe this whole gender identity and sexual orientation thing is a little more complex and expansive than we can glean from a 4,000-year old poem, and maybe we should stop using it to destroy other people. Maybe, rather than shrinking God, we need to release God from that confining space inside our heads.

And as difficult as it is maybe we should expand our very image of God in a way that argues with our learned theology, because if we do, it might make us far more willing to treat the diverse humanity that crosses our paths—with the reverence and respect each one of them deserves—as made of God.

38 thoughts on “God is Not a Straight White Dude”