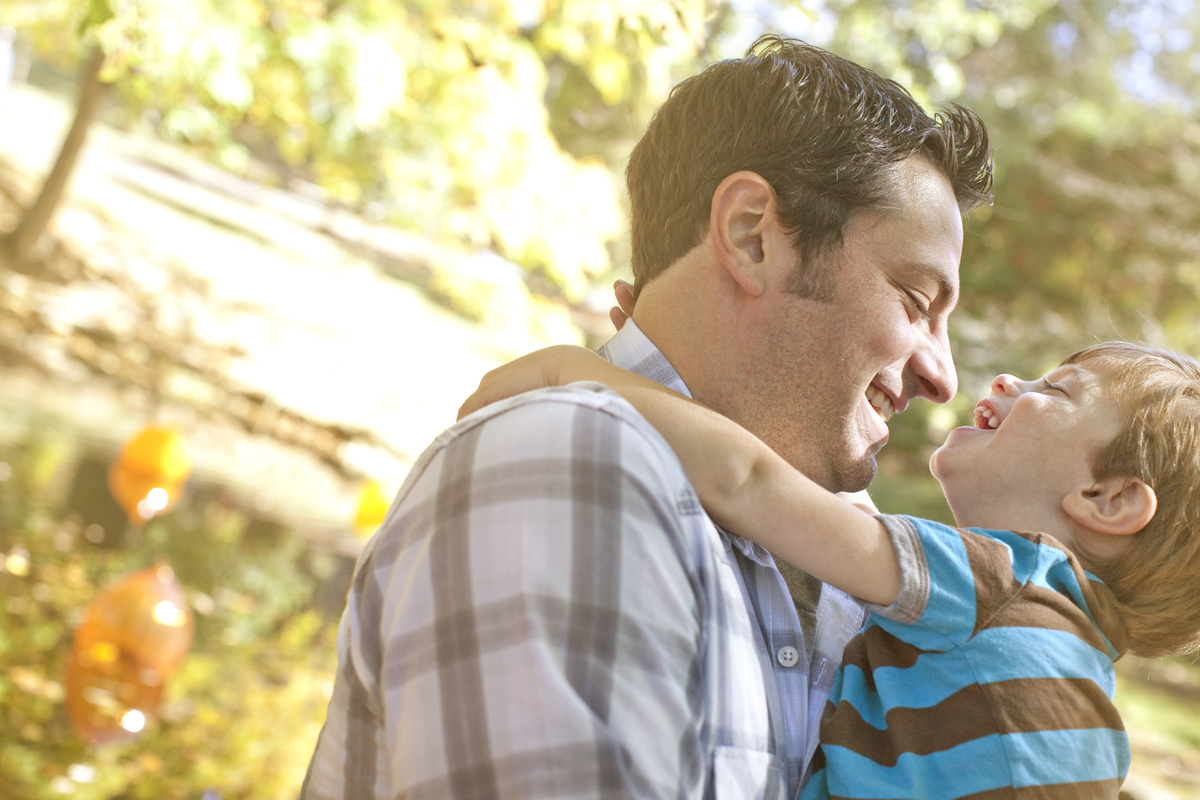 Recently my 13-year old was feeling nostalgic and asked to see some videos I’d taken of him as a child, so I rigged up the now long-antiquated camcorder through our TV, popped in one of the dozens of unlabeled mini cassettes from a shoebox and pressed play. It was my son’s 5th birthday, and he was first laying his eyes on the “big boy” drum set my siblings had chipped in on for him. He immediately sat down, grabbed the sticks and went to work with unbridled aplomb, and there was an explosion of laughter and cheers from behind the camera as we reveled in him. He was beaming there behind the drum heads, and I was beaming now, laying next to my son and watching this much younger version of himself.

I was lost in replaying the joy of that moment when I heard it: a sound that stopped me in my tracks. It was my father’s voice just off camera. He’s been gone for five years, but suddenly there he was, full-throated and laughing, talking to each of us in real-time. He wasn’t in the past in that scene—he was just alive. I didn’t have to try and recall what he sounded, like because he was speaking for himself. We were not a family living for years with this terrible attrition, we were whole again.

I thought I’d missed my father but I didn’t realize how much until I could hear him again. It was all there: his humor, his warmth, the pride he had in his family—and it was a surprise to feel the muscle memory of what his voice triggered in me: security, belonging, the feeling of everything-will-be-alrightness that only his voice could create in my head when he was here. I miss that part of me.

Hearing him speak on that tape was rediscovered music to me; a favorite song I’d forgotten just how much I loved. Those of us who’ve lost someone, understand the way grief sneaks up on you; how it visits unexpectedly and reaches into the deepest wells of your memory and for an instant, lets you feel them fully alive and fully present with you again. Something as simple as hearing their voice, momentarily resurrects them.

It may be a good time to take notice of the people around you today; to appreciate the song that is their voice: relaying the minutia of the day from across the kitchen table, calling from upstairs to bring up a roll of toilet paper, or watching your son play on his first drum set. It can be easy to let the voices of people we love become white noise in the present, but one day it will be beautiful music we’d do anything to hear again.

As my son and I watched the rest of the scene play out on the slightly blurred TV screen, my father’s feet stepped into frame next to my son, and my heart broke a little when the camera never panned up to his face. I wanted to see him again, not frozen in photographs and memories but fully alive. But I was grateful for the gift of that unexpected melody from off screen, that reminded me what it was like to feel loved by him.