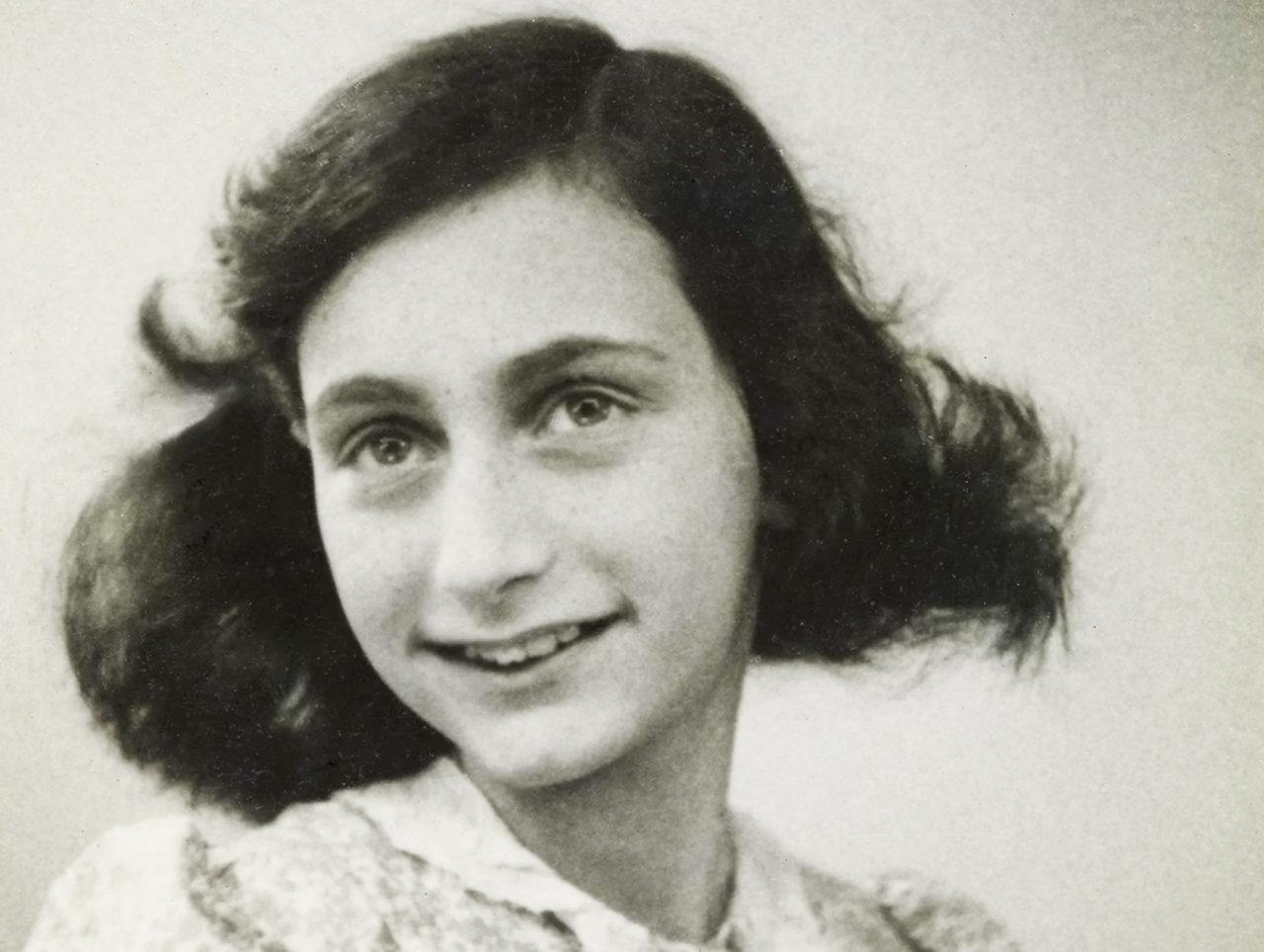 Every day in my travels around this country (both in person or online) people ask one question:

“How do you stay hopeful right now; how do you keep going when there is so much to grieve over, so much cruelty in front of you, when there is such daily violence to contend with?”

I often tell them I stay hopeful for Anne Frank.

The Jewish teenager wrote these words in the early 1940s, while confined within the cramped upper rooms above an Amsterdam business, that became the entire world for three years of her far too brief life while her family hid from the Nazis:

It’s really a wonder that I haven’t dropped all my ideals, because they seem so absurd and impossible to carry out. Yet I keep them, because in spite of everything, I still believe that people are really good at heart.

Every time I read or I think of those words, I remember why I stay hopeful right now.

I stay hopeful because she stayed hopeful. Despite every reason to abandon the will to continue or the optimism to sustain her, she refused to. The beautiful defiance of her young heart revealed in those words is reason enough to keep going.

I stay hopeful because hopeless is not an option. Hopelessness is defeat and resignation; it is a willing surrender to darkness that insults the memory of so many who have courageously made this planet their home long before we ever showed up here.

I stay hopeful because people of every nationality, religious affiliation, and life circumstance who have preceded us, have experienced all manner of hell during their lifetimes: unspeakable suffering and unthinkable fear—and would not relent. They faced genocide and slavery and war; endured murderous regimes and malignant dictators and corrupt governments and yet chose to persevere. They made the daily, sometimes hourly decision to speak and live and create and work and resist and love when it proved difficult. We need to do that now.

We who inhabit this planet in these days have inherited it from them: the children, activists, caregivers, soldiers, helpers, and parents—the ordinary people who would not allow themselves to become so despondent or so weary in their present circumstance that they stopped giving a damn or making a life or bending the arc of the moral universe toward justice in any way they were able.

Now it’s our turn. This is our moment to spend our fragile and fleeting sliver of space and time here, and for the sake of our predecessors in humanity and for our descendants who will be here after we’re gone—we can’t blow it.

We can’t allow our present troubles to overcome us.
We cannot be overwhelmed by the pain in our path, to the point where we are no longer willing to feel it or respond to it.
We can’t wilt in the face of hateful, fearful people who would make the world less diverse and less equitable.
We can’t become apathetic or stay silent or sidestep the turbulence of engaging the ugliness outside or doors or on our social media feeds—because the multitudes whose feet traversed this place previously, refused to.

So stay hopeful:
for Anne Frank,
for Rosa Parks,
for Mahatma Gandhi,
for the Suffragettes,
for the Little Rock Nine,
For Harvey Milk,
For Malala Yousafzai,
for Syrian refugees,
for the Parkland Students,
for Greta Thunberg.


For them, for the other recorded heroes of our shared story, and for the billions of human beings whose names and faces and stories you’ll never know, who refused to lose hope even as all hell broke loose around them, and allowed you to inherit a world worth saving.

Anne Frank believed that people are really good at heart. Nearly 70 years later, you get to prove her right. You get to be the good people. You get to hold on to your ideals and you get to carry them out even in days when it feels and seems impossible.

Stay hopeful because you have breath in your lungs and a working heart planted firmly in your chest, and you have this day in which you can speak and live and create and work and resist and love.


Get John’s book, ‘Hope and Other Superpowers’ HERE.