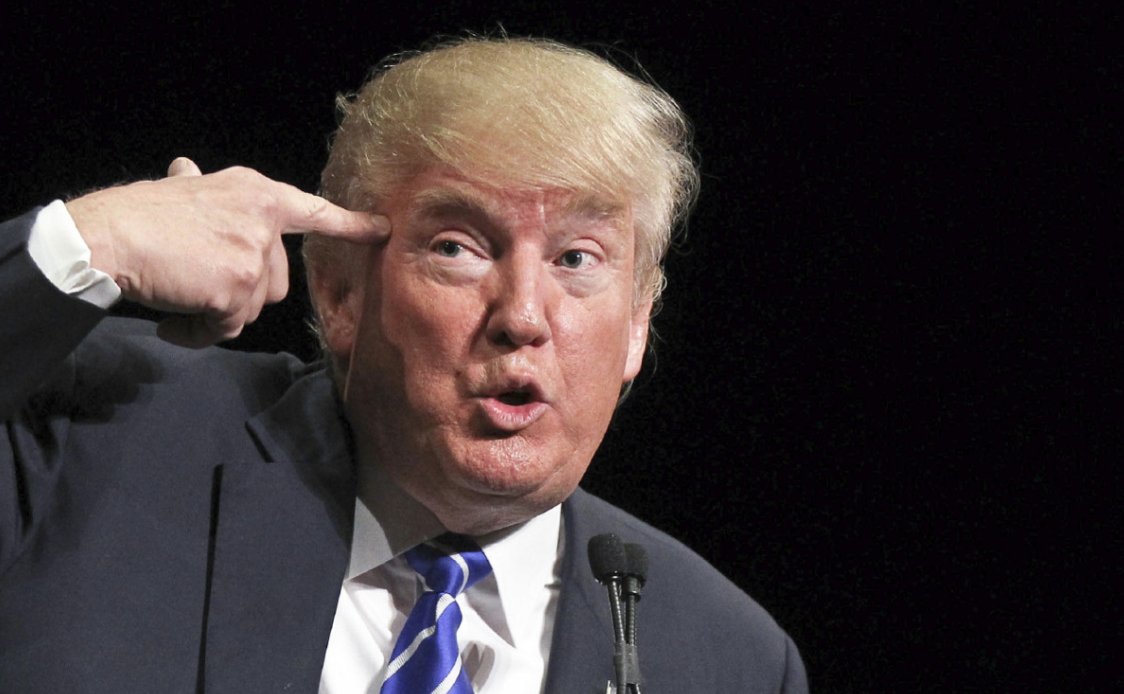 This is the go-to insult hurled by current supporters of this President; a catch-all bit of gaslighting designed to malign the emotional state and mental faculties of decent, rational human beings who push back against his legislative assaults on marginalized people, who are sickened by his boundless cruelty, who bear witness to his complete lack of accountability under the law, who accurately note the naked hypocrisy of his professed Christian supporters.

Accusing someone of TDS is now a MAGA Nation standby; a quick and convenient slur allowing them to sidestep factual information, mask their refusal to have meaningful debate, and to avoid culpability in defending a man whose very Twitter feed testifies that he is not at all well.

Peek in at any given hour (whether the middle of the night, early in the afternoon, or before the sun is up) and you’ll immediately find yourself immersed in the nonsensical, grammatically-challenged, all-caps ramblings of a man whose immaturity, impulsiveness, and paranoia would disqualify him from jobs at schools, bowling alleys, and summer camps—let alone helming a nation.

It’s all on display in unhinged, 280 character bursts…

His daily obsession with and incessant attacks on the Free, non-FoxNews Press as the “enemy of the people:” 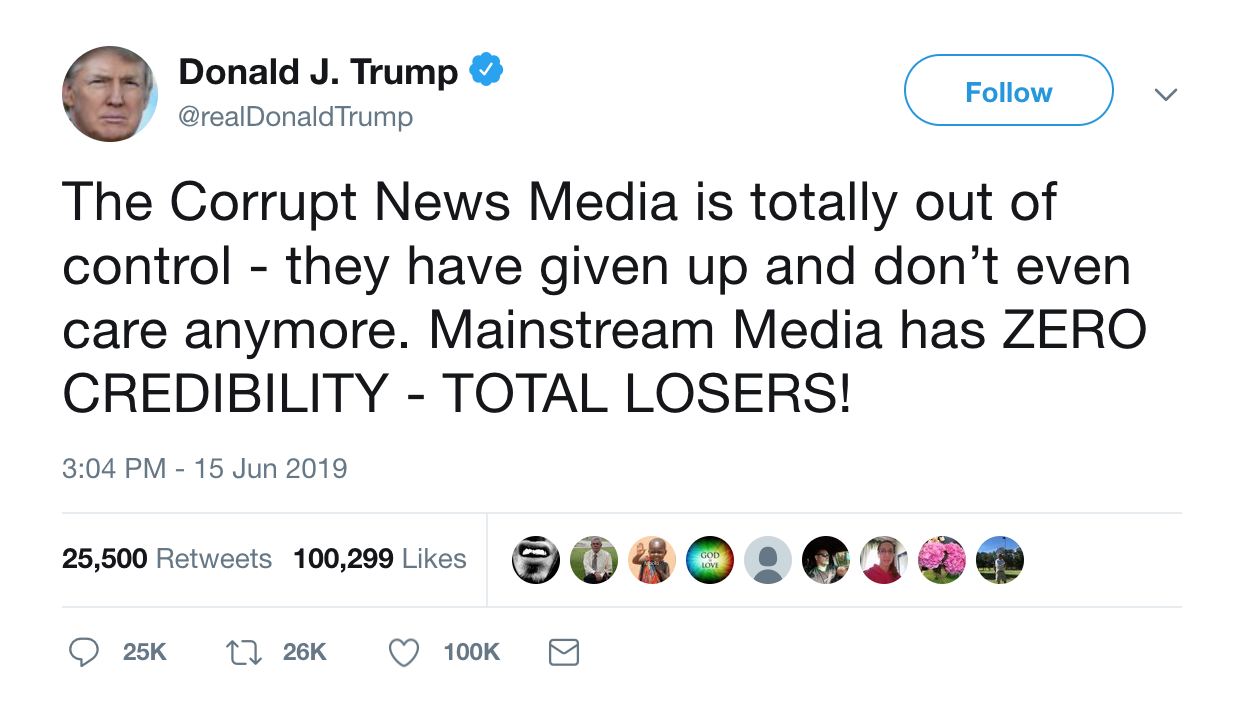 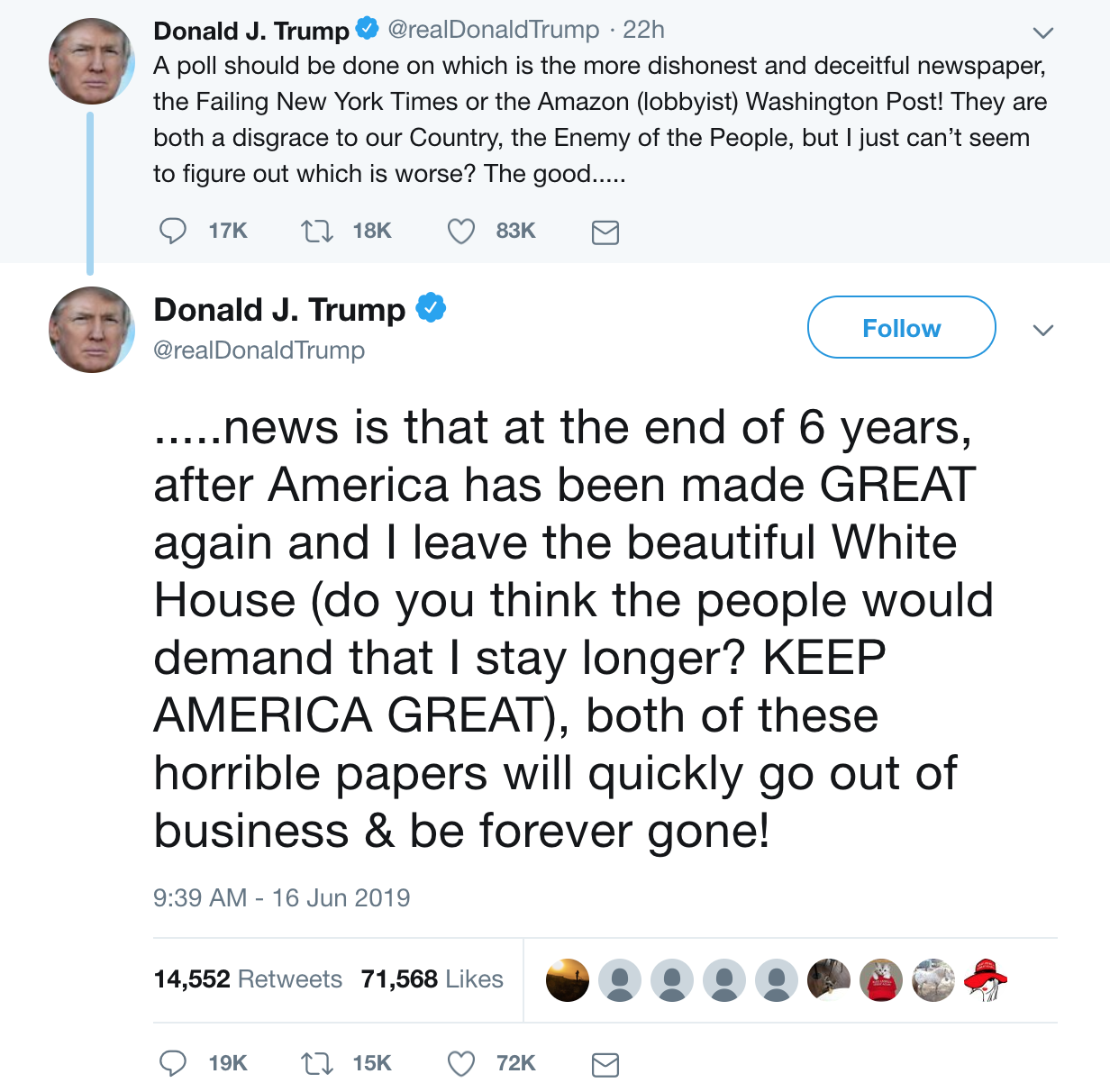 His continual cries of “harassment,” despite being the President of the United States—one made nearly impervious to accountability by a historically corrupt Republican Party:

His dangerous, dictator-esque painting of all those who oppose or challenge him as wanting to destroy America: 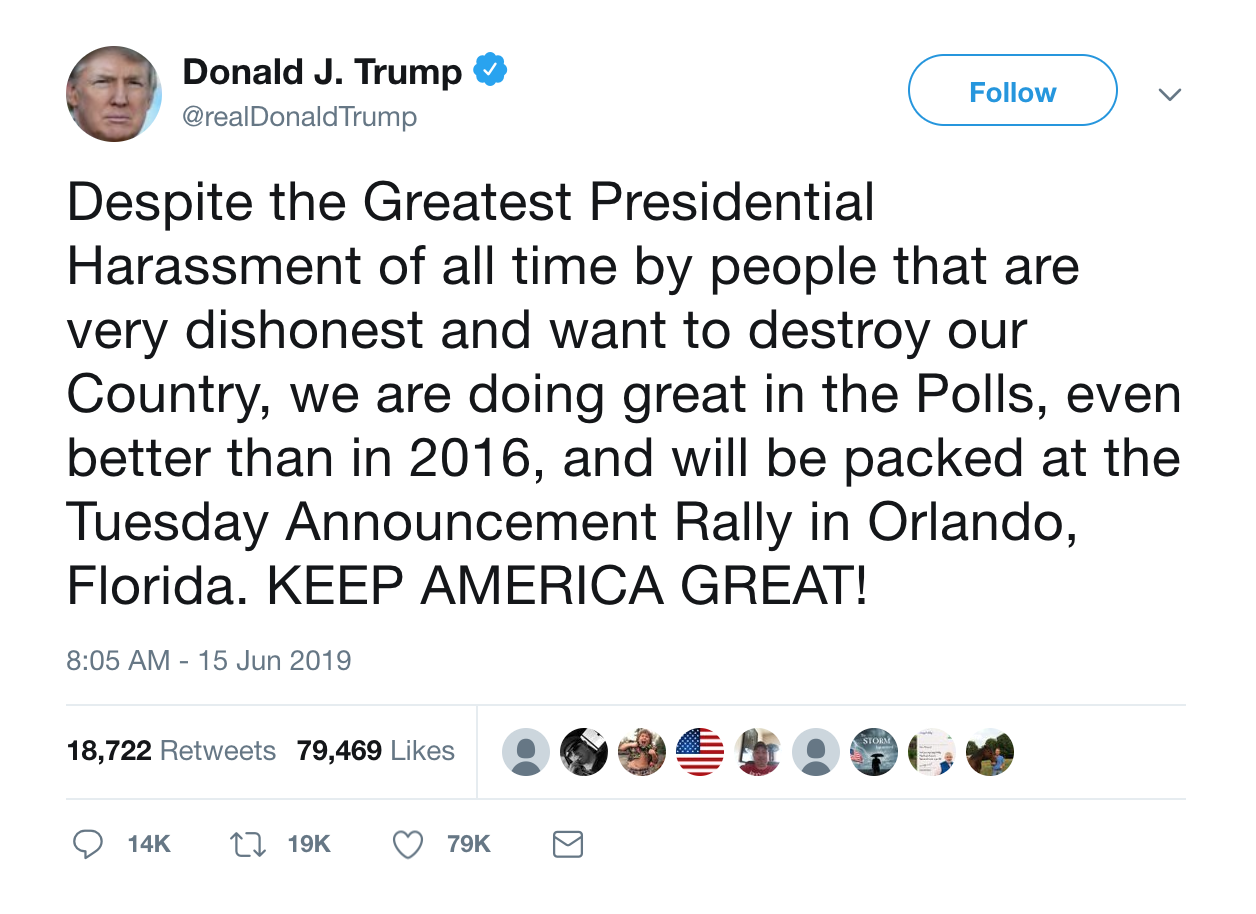 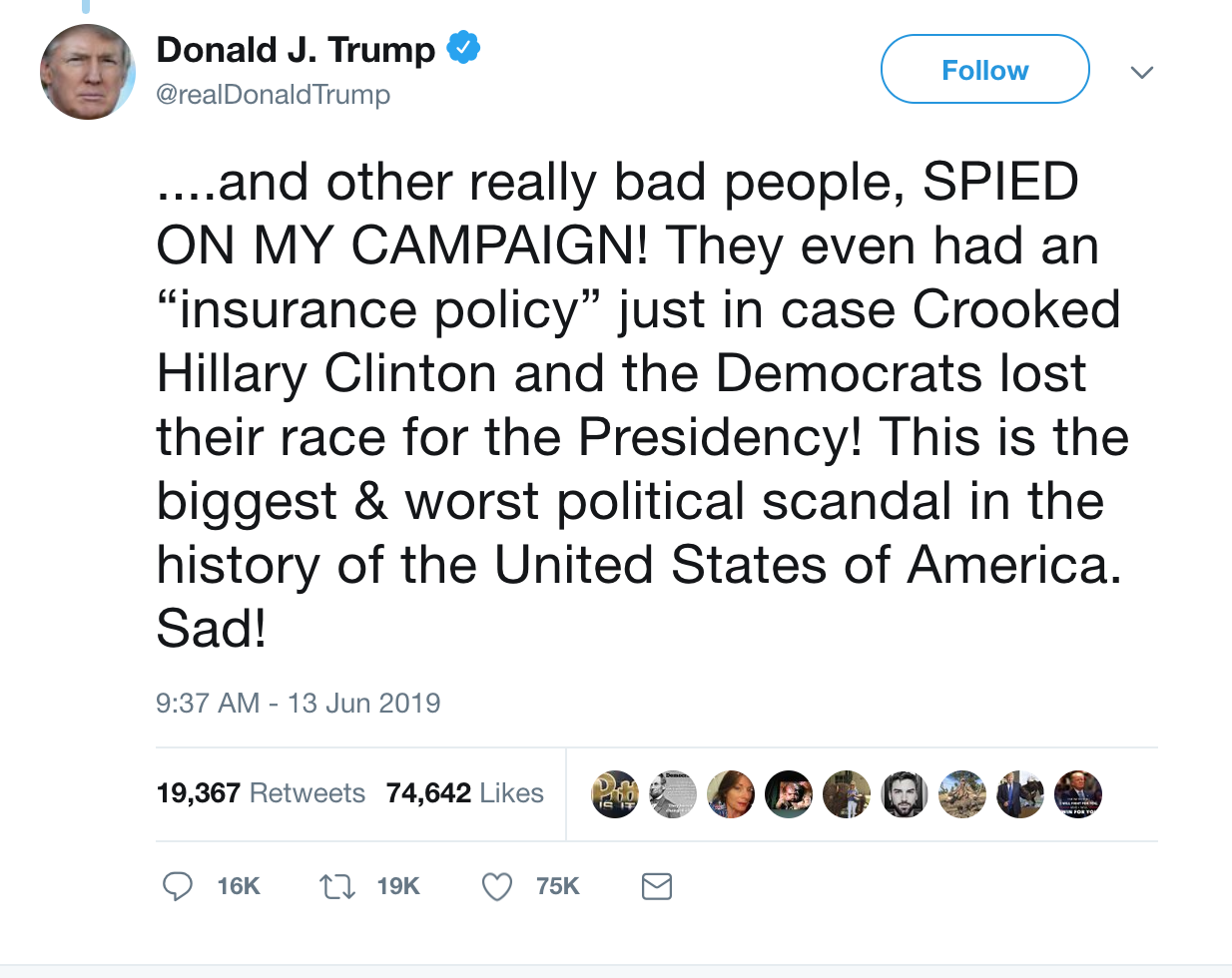 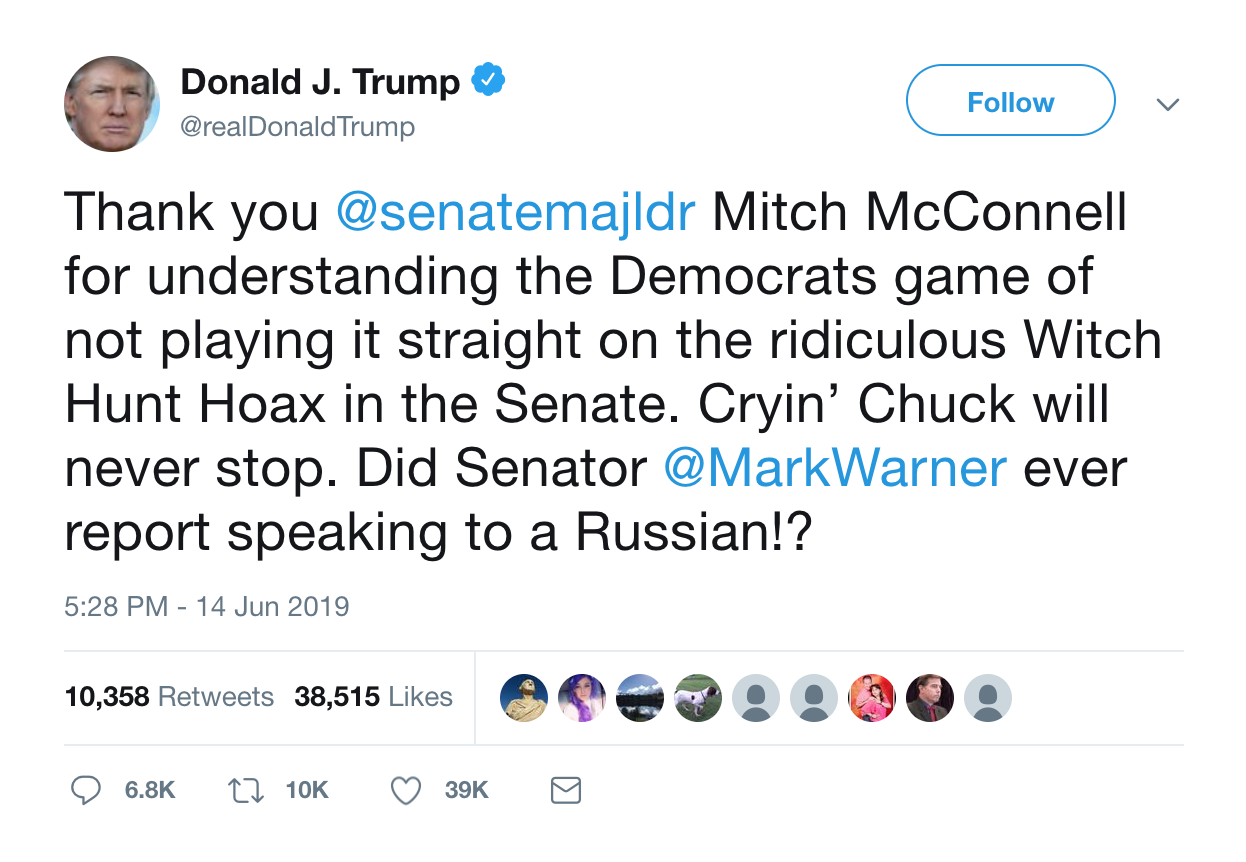 His desperate and pathetic obsession with Barack Obama’s popularity: 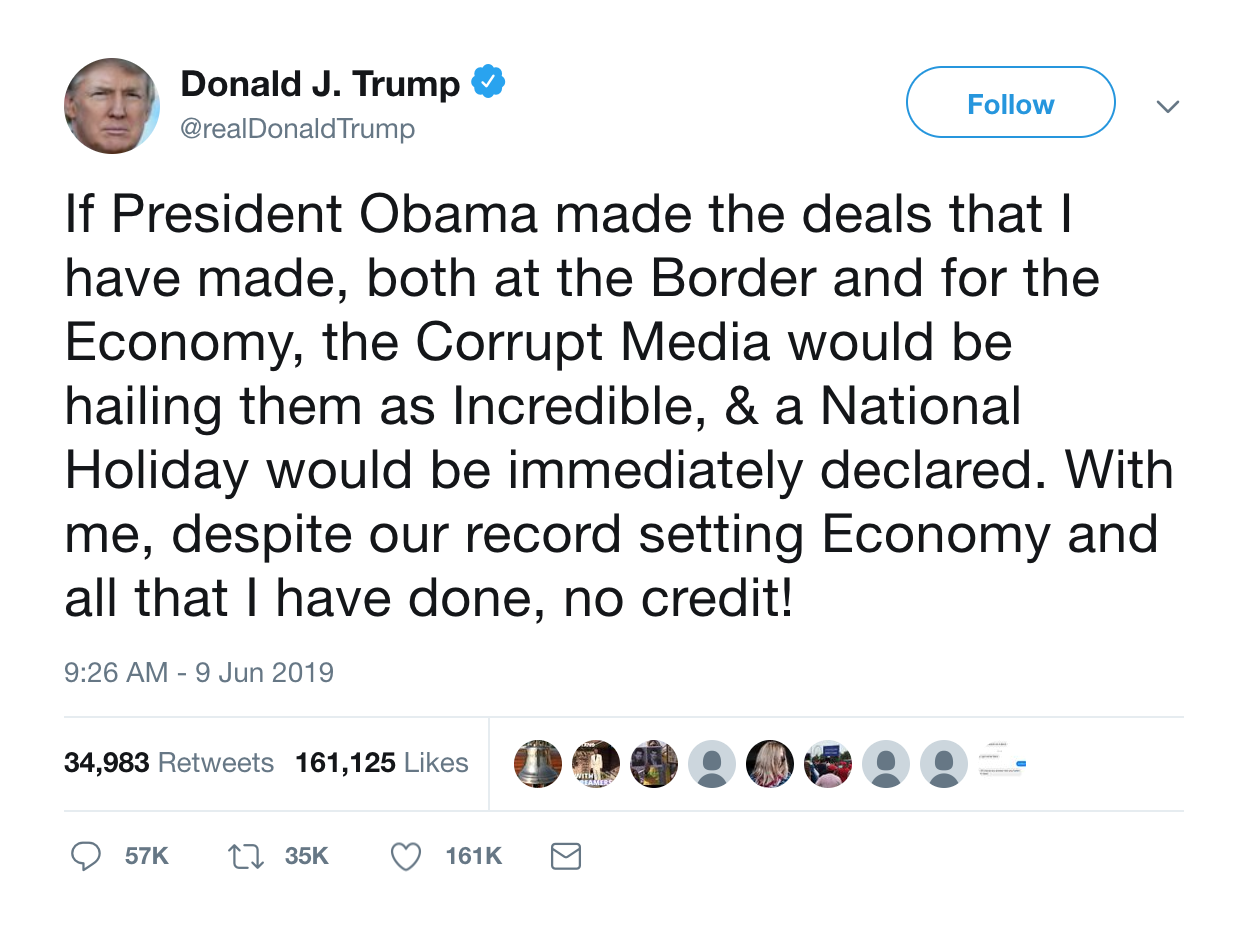 His condescending, childish nicknaming of people he feels inferior to and threatened by:

Even while seemingly wishing our nation’s dads a “Happy Father’s Day,” he reminds us that he is physically incapable of not making the moment about himself, of not insulting someone else, of not injecting his insecurities into the conversation.

He cannot help but loudly broadcast to the world that he lacks the ability to simply be a decent human being on any elemental level. His supporters refuse to believe him—because they need him to be of sound mind in order to justify their allegiance. 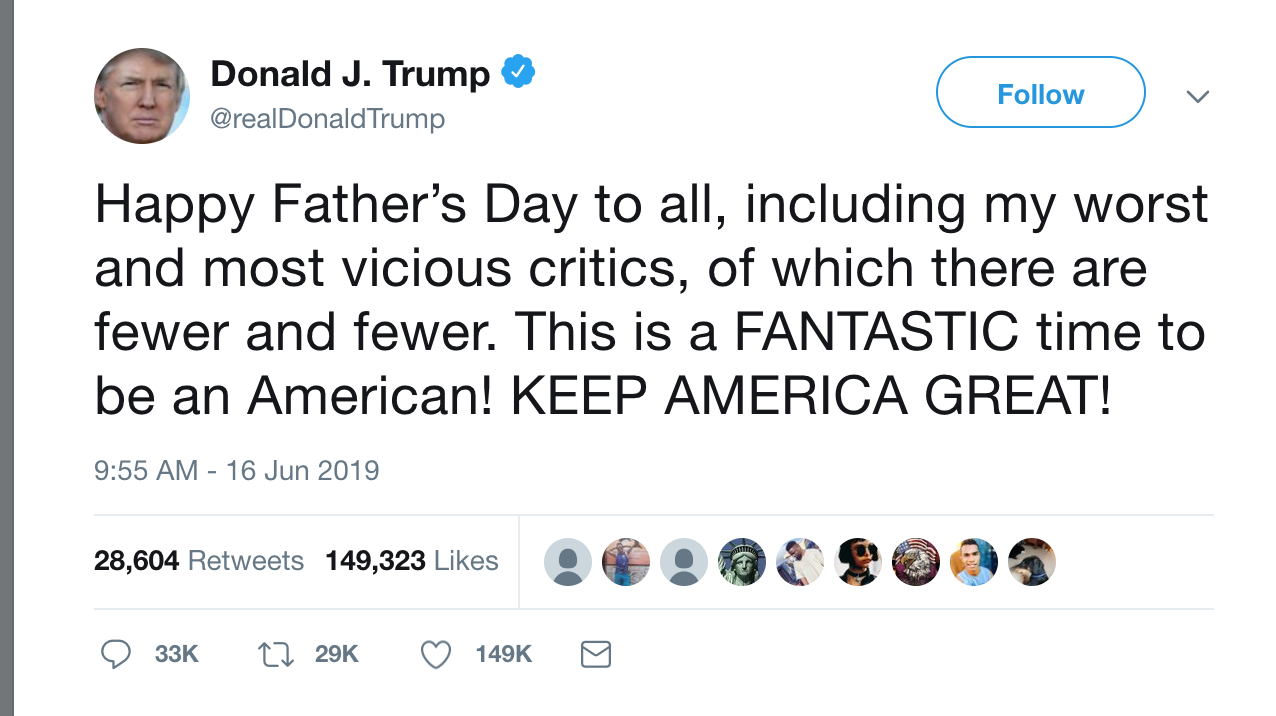 That is perhaps the sickest irony in all of this: people who regularly retweet and defend these scrambled, ridiculous word salads—and still have the stratospheric gall to accuse others of being mentally unwell.

The truth is, if people supporting Donald Trump read his words from their child’s school principal, they’d demand his resignation.
If he were an employee of their church, they’ve have him removed in seconds.
If he were any adult other than the Republican President they’ve sworn their faithfulness to, they’d be deeply concerned about having proximity to them or their children.

I only had to go back a day or so into the President’s Twitter feed to grab these screen caps, which was fortunate. Frankly, it’s a fairly depressing endeavor for people not indoctrinated into the FoxNews, Evangelical Right cult to see where we’ve arrived as a nation, that a person like this is in our highest office—and staying for a longer visit is an exercise in self-violence if you have any standards for the people making decisions governing millions of people’s safety, security, and future.

And this is the point. The self-generated evidence daily provided by this President, shows at best a complete and utter narcissism, a gravely fractured and fragile ego—and an untethered mind refusing to be bound by any sense of honesty or consequence.

At worst, it all paints a disturbing self-portrait of a seriously unstable man who should be getting proper medical evaluation and attention—and not given the nuclear codes and carte blanche by opportunistic enablers and adoring sycophants.

This isn’t even taking into consideration his lie-addled press conferences, his barely-intelligible television interviews, his needlessly predatory legislation, or his continual creation of phony national emergencies to be hero within. Such things all testify to his unfitness to lead. Let’s put all that aside and focus on a manageable sample size for the MAGA attention span. I invite my Trump supporting friends to take a brief stroll through his Twitter feed alone.

If you can view it and not be appalled by his conduct, embarrassed by his neediness, concerned for his health, and worried about our nation under his care, I’m going to suggest that you’re enabling his neurosis and indulging his narcissism to the point of endangering all of us.

If Trump Derangement Syndrome is a thing at all, it’s something Donald Trump is hopelessly afflicted with.

If you’re still defending him, you’re not helping him—or America.