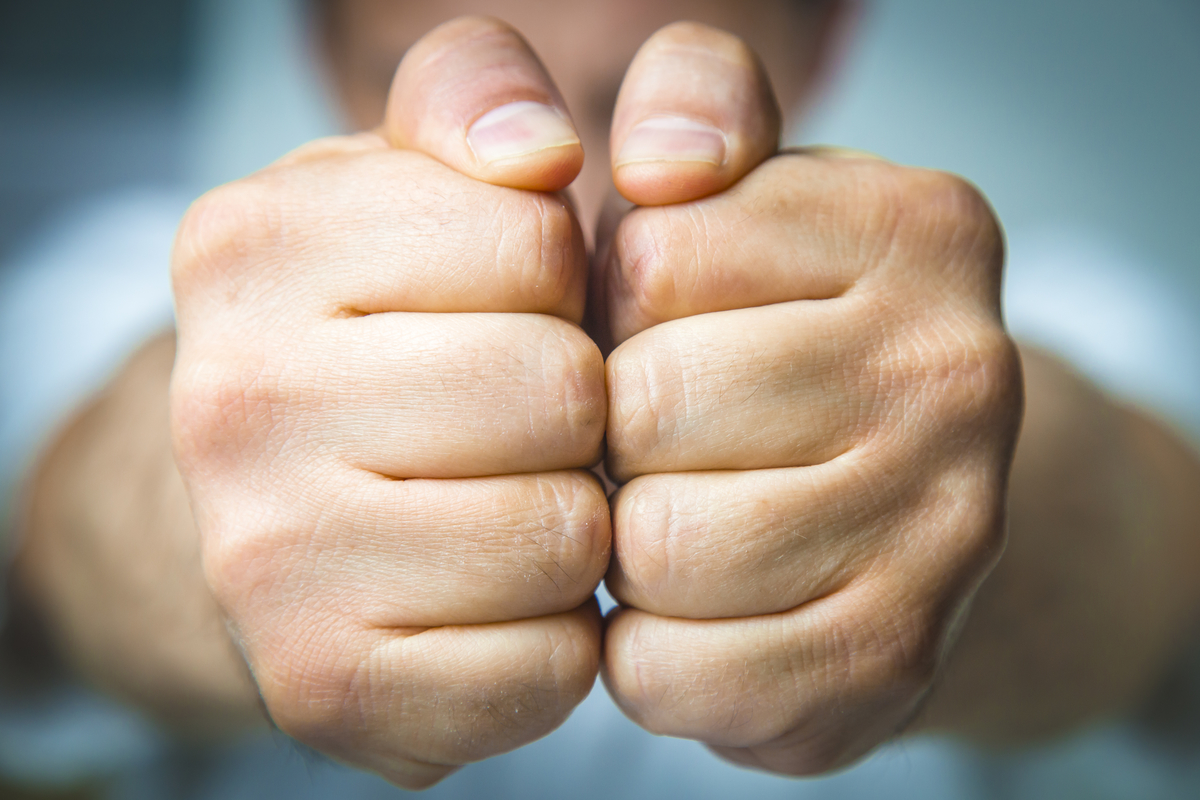 People often say such things to me.

The implication, is that declaring your opposition to people or to laws or to movements, is somehow an unhelpful posture that comes across as negative and combative—and inevitably makes people shut down.

On its face the sentiment sounds like it makes sense: focus on positivity and you’ll have better progress with people who disagree with you.

It’s simply not true—and it’s not something I’m interested in.

I want people to know what I’m against.
I want to specifically name the things I find unconscionable, the conduct that turns my stomach, the legislation I abhor, the cruelty I will not abide.
I want to state my disgust with such clarity that misunderstanding me is not possible.
I want there to be no ambiguity in my words or any confusion about my outrage, because I don’t want to let the bigots and racists and the phobic people off the hook.
I don’t want them to pretend we’re of like mind.

For example, if I say “I’m for families,” supporters of the atrocities at our borders and the people responsible for them can simply say, “So am I.” My lack of specificity allows them to avoid the reality of their position and the results of their advocacy. They can speak in generalities and never address the present emergencies.

But if I instead say, “I’m against migrant children being taken from their families and held in detention centers without soap and toothbrushes and humane care and treated like animals”—now these people have to deal with me.
Now they have to be accountable.
Now they need to take a side and declare their position and own their allegiances. They can’t hide behind the semantics and they can’t pretend we’re in agreement when we’re actually diametrically opposed.

Whenever people say, “I want to know what you’re for, not what you’re against.” they’re usually not being intellectually honest anyway. They know damn well what I’m for—they just don’t like what I’m for. It isn’t that they actually believe me to be an unreasonably negative person, they simply realize that attacking me for me my tone and my manner is a convenient distraction that allows them to avoid accountability.

So yes, I’m against migrant children being taken from their families and held in detention centers without soap and toothbrushes and humane care.

I’m against many things.

I’m against LGBTQ people being told who they can marry and what bathrooms they can use and whether they can adopt children or why they can’t serve in the Military.

I’m against sick and poor people being without affordable healthcare in a nation whose leaders won’t stop saying is so damn great—when every other civilized country can figure it out.

I’m against the violence regularly experienced by Muslims and immigrants and people of color and women in hijabs and men in turbans—because this Presidency has intentionally emboldened white supremacists and bigots.

I’m against old white men with no medical experience, making legislative decisions about what a women does with her body or what choices she has regarding her autonomy over that body.

I’m against Conservative Evangelicals trying to legislatively impose their religious phobias and antiquated prejudices against people who don’t believe or love or worship or look the way they do.

I’m against the proliferation of weapons of easy carnage, the near daily mass murders committed by them, and a political party so in bed with the gunmakers that they do nothing to stop the bleeding.

I’m against FoxNews for intentionally preying upon suggestible people by providing an endless stream of lies and incendiary rhetoric designed to manipulate them into being perpetually terrified of people of color, Muslims, and non-Republicans.

I’m against Republican Senators who have abandoned their responsibility to represent the people, who regularly disregard the Constitution, and who undermine our national sovereignty by capitulating to a predatory leader whose only impulse is to damage.

I’m against this historically malignant President and the incessant and unspeakable violations he commits against the most vulnerable and already burdened human beings—and the people I live alongside who’ve abandoned all morality and decency in order to support him.

If you can’t tell from these statements about what I’m against—that I’m for equality, for diversity, for compassion, for humanity—I’m not going to argue with you.

I’m just going to believe that you don’t really want to know what I’m for.

Because equality, diversity, compassion, and humanity, the things I’m clearly for?