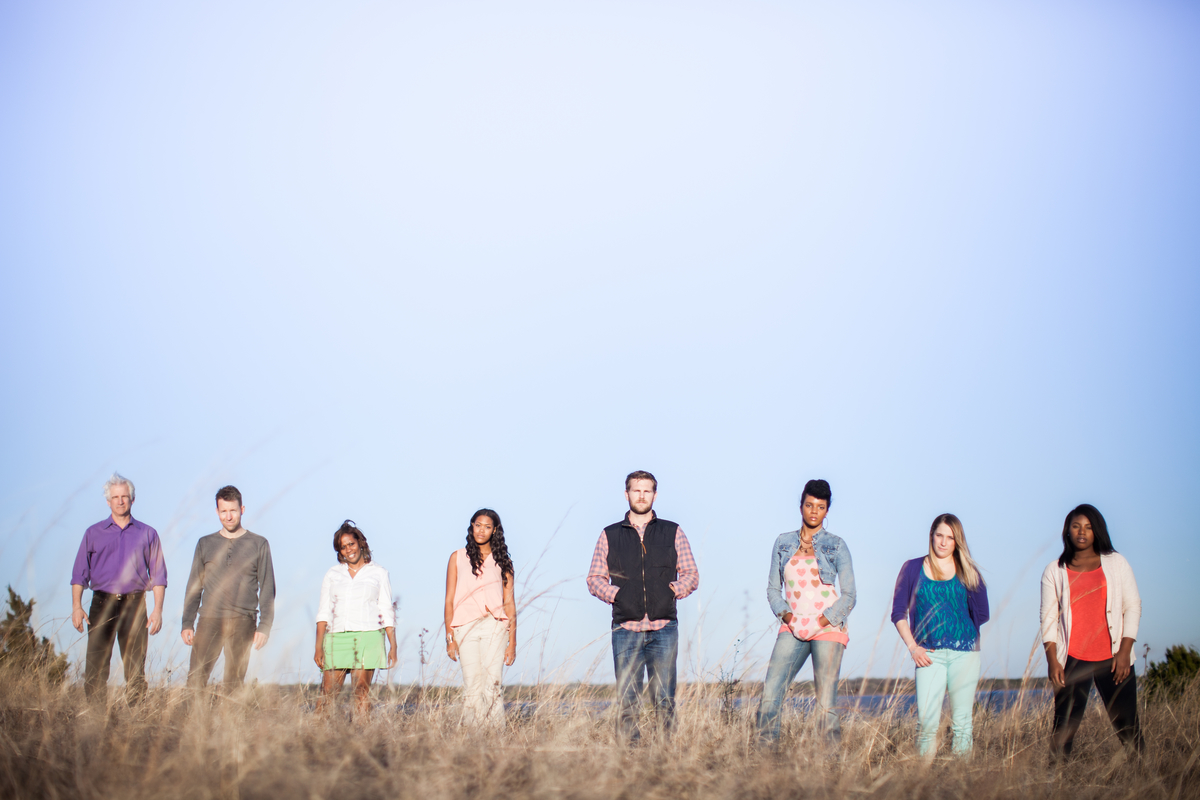 The loudest people get to write the story that everyone hears, the one they come to believe is the only story. In this way, they get to define what is true for those looking on, who may not hear anything else.

Right now there is a story being written about Christians in America; a story saturated with cruelty and absent of compassion, and because the authors’ volume is so great and their profile so high and their political position so unrivaled—that is becoming the singular story. It is becoming true for all of us.

We are the Christian Left.

We are Christians who have no tolerance for prejudice that denies the inherent worth of a human being based on their identity or gender or pigmentation or orientation or land of origin or faith tradition—especially when it commandeers the name of Jesus to do it. Dehumanizing language would be a foreign tongue to him, threat of violence toward others unthinkable, coordinated bullying an abomination.

We recognize that virtually nothing about the MAGA movement or current Republican leadership resembles the Jesus of Nazareth of the Gospels, and we reject any claim that he would sanction the expelling of immigrants, the rejection of refugees, or the walling off of foreign neighbors under duress. He would be sickened by the cruelty they are being subjected to at the hands of professed Christians. These things are the complete antithesis of the welcome and care for the other exhibited in the life of Christ.

We fully reject the white supremacy currently being championed in Evangelical pulpits, and through Right extremist media—and we fight any effort to normalize it because such hatred has no business being spoken in the same breath as a benevolent Jesus who preached diversity, hospitality, and peace.

We condemn the reckless vilification of Muslims, believing their faith tradition as rich and important and worthy of respect as our own. No faith religion has a monopoly on beauty, truth, or on terrorism—and we stand with our Muslim brothers and sisters being assailed by this President and those like him, simply because of the faith they claim; one as meaningful to them as ours is to us.

We believe separating children from their parents and violently disconnecting families with malice, to be among the greatest of this world’s evils; that such tactics are fully contrary to the compassionate heart of Jesus, whose own birth faced lack of welcome and whose own family fled genocide when he was an infant.

We see in the Scriptures, Jesus’ clear disdain for religious hypocrisy; those who leveraged their position and other people’s fear of God, in order to victimize already marginalized people.

We reject the hateful zealots of the Christian Right who would build a theocracy here and legislatively coerce people into compliance—because the heart of our and of all faiths, is free and unfettered decision to choose.

We affirm the rights of women to have sovereignty over their own bodies, and we oppose men who would assert their preferences, prejudices, or religious beliefs upon them—whether individually or corporately, through personal conduct or legislation.

We have read and extensively studied the Bible, and we know when someone is twisting it to their advantage; when they’re distorting it to oppress and discriminate, when they are making God in their own angry image—and we believe this is happening more egregiously than ever in America in the highest levels of Government and Church leadership.

We know that imperfect people build corrupt systems, and that the American Church is systemically afflicted with a white supremacy that needs to be eradicated; that its leadership needs the disparate voices of historically marginalized communities in order to heal it.

We recognize and lament that the white Christian Church has irreparably harmed indigenous people here, and been instrumental in removing them from their land, suppressing their voices, disregarding their faith tradition, and culturally erasing them.

We openly oppose the Evangelists, pastors, and preachers who’ve allowed their callings to be usurped by ambition; those who now so easily bow before a former President who lacks the slightest desire to reflect Jesus.

We denounce the violence, misogyny, and nationalism characterizing American Evangelical Christianity, as it bears no commonality with a Jesus whose life and ministry were marked by diversity, compassion, and radical hospitality to the outsider.

We are believers of every color, orientation, pigmentation, and nation of origin.
We are in Blue states and Red states; in urban sprawl, pastoral suburbs, and rural backroads.
We are not defined by solely by any Christian denomination, category, or movement.
We are not merely Evangelical, or Mainline, charismatic, or contemplative.
Our convictions and declarations transcend political party and they are bigger than one politician or Administration.
They are a Christianity of fierce, loving resistance to fear, patriarchy, exclusion, nationalism, white supremacy, power, and isolationism.

You may not realize such Christians still exist anymore, in fact on many days we begin to feel as though we are a terribly endangered species too, that perhaps we are alone in this season—but that is merely the volume of the other story-writers fooling us.

Make no mistake though, we number in the millions and we are as grieved as you are by those using God to do damage to the poor and the vulnerable—and we are committed to pushing back against it.

So yes, there is certainly a loud and quite terrible story being written by people professing faith in Jesus right now; one that seems preoccupied with making the table smaller, with pushing difference to the periphery, with dispensing damnation, and with marginalizing those already at disadvantage.

There is a Christian voice of supremacy, misogyny, homophobia, transphobia, nationalism, anti-Semitism, and bigotry that has the megaphone and the platform right now.

This is not the voice we want speaking for us.

We are Christians of compassion and hospitality and diversity, fully committed to making a nation that can be sanctuary and refuge for everyone who desires it, a nation where compliance with one faith tradition is not a mandatory requirement for admission, one whose burden is to build bigger tables and not higher walls.

You may find this all encouraging or worrisome, depending on who you are.

We are the Christian Left—and we’re not going away.

Note: If this faith movement resonates with you and you want to connect with other like hearted people on the same journey, you’ll find a community of a few hundred thousand on Facebook here.